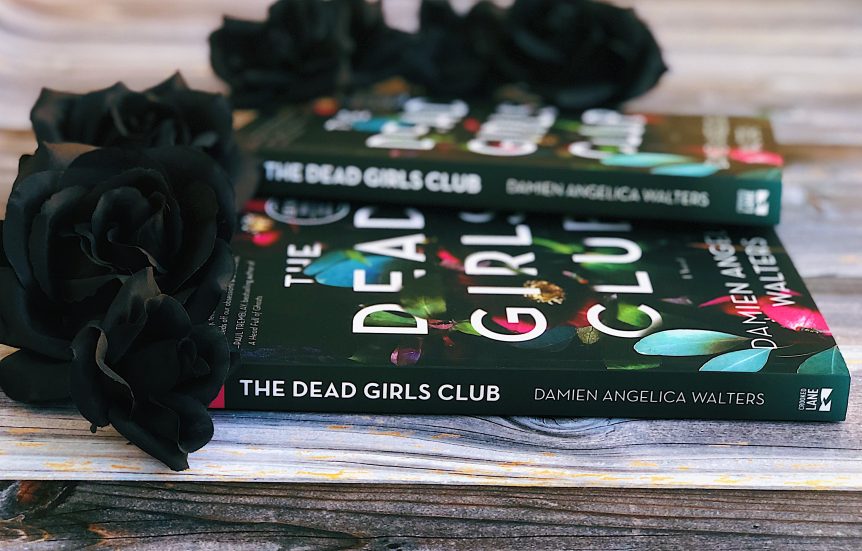 Thank you so much to Crooked Lane Books for my free copy.

In 1991, Heather Cole and her friends were members of the Dead Girls Club. Obsessed with the macabre, the girls exchanged stories about serial killers and imaginary monsters, like the Red Lady, the spirit of a vengeful witch killed centuries before. Heather knew the stories were just that, until her best friend Becca began insisting the Red Lady was real–and she could prove it. That belief got Becca killed.

It’s been nearly thirty years, but Heather has never told anyone what really happened that night–that Becca was right and the Red Lady was real. She’s done her best to put that fateful summer, Becca, and the Red Lady, behind her. Until a familiar necklace arrives in the mail, a necklace Heather hasn’t seen since the night Becca died. The night Heather killed her. Now, someone else knows what she did…and they’re determined to make Heather pay.

In 1991, Heather Cole and Becca Thomas are the kind of best friends that share everything, including that signature ‘best friends’ heart-shaped necklace we all know so well. They are obsessed with all things macabre and spooky, especially ‪a ghost story‬ called the Red Lady. The Red Lady myth is similar to ‘Bloody Mary’ or ‘Light as a Feather, Stiff as a Board’ which I am proud to say I’ve freaked myself out playing them both more than once. Becca is totally convinced the Red Lady is real, but Heather is not. But when Becca goes missing and the blame falls to Becca’s abusive mother, Heather may know more than she reveals. Almost thirty years later, Heather is plagued by guilt and paranoia because of what happened that fateful day. Heather is desperate to keep her darkest secret.

The story alternates between the past and present, told through Heather’s perspective. This format, for me, always reads quickly. I especially enjoyed the backstory – learning about the girls’ friendship and the events leading up to the end. THE DEAD GIRLS CLUB is a page-turning, nostalgic, coming-of-age tale that I highly recommend for fans who enjoy horror on the lighter side. It’s spook-tacular and witch-tastic! And it’s coming your way ‪December 10‬!