I am ecstatic to start reading this book! It looks incredible! Thank you so much Little Bird Publicity, Amazon Publishing, and Lake Union Authors for providing my free copy! This beauty is available for purchase on April 24th!

Wall Street Journal and New York Times bestselling author Robert Dugoni’s coming-of-age story is, according to Booklist, “a novel that, if it doesn’t cross entirely over into John Irving territory, certainly nestles in close to the border.”

Sam Hill always saw the world through different eyes. Born with red pupils, he was called “Devil Boy” or Sam “Hell” by his classmates; “God’s will” is what his mother called his ocular albinism. Her words were of little comfort, but Sam persevered, buoyed by his mother’s devout faith, his father’s practical wisdom, and his two other misfit friends.

Sam believed it was God who sent Ernie Cantwell, the only African American kid in his class, to be the friend he so desperately needed. And that it was God’s idea for Mickie Kennedy to storm into Our Lady of Mercy like a tornado, uprooting every rule Sam had been taught about boys and girls.

Forty years later, Sam, a small-town eye doctor, is no longer certain anything was by design—especially not the tragedy that caused him to turn his back on his friends, his hometown, and the life he’d always known. Running from the pain, eyes closed, served little purpose. Now, as he looks back on his life, Sam embarks on a journey that will take him halfway around the world. This time, his eyes are wide open—bringing into clear view what changed him, defined him, and made him so afraid, until he can finally see what truly matters.

“Dugoni has produced a novel that, if it doesn’t cross entirely over into John Irving territory, certainly nestles in close to the border…Told in two separate time lines (Sam as a boy, and Sam as a man) that eventually come together, and written in a gentle, introspective yet dramatic style that is very different from that of Dugoni’s crime fiction, this is an inspirational story of a man who spends a lifetime getting to know himself.” —Booklist

“Sam Hell is inspiring and aglow with the promise of redemption.” —Kirkus Reviews

Past Praise for Robert Dugoni:

“Dugoni has a gift for creating compelling characters and mysteries that seem straightforward, but his stories, like an onion, have many hidden layers.” —Associated Press 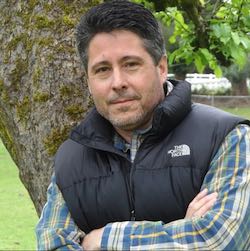 Robert Dugoni is the critically acclaimed New York Times, #1 Wall Street Journal, and #1 Amazon bestselling author of the Tracy Crosswhite Series, including My Sister’s Grave, Her Final Breath, In the Clearing, The Trapped Girl, and Close to Home. The Crosswhite Series has sold more than 2,500,000 books worldwide, and My Sister’s Grave has been optioned for television series development. Dugoni is also the author of the bestselling David Sloane series, which includes The Jury Master, Wrongful Death, Bodily Harm, Murder One, and The Conviction; the stand-alone novels The Extraordinary Life of Sam Hell, The 7th Canon, and Damage Control; and the nonfiction exposé The Cyanide Canary, a Washington Post Best Book of the Year; as well as several short stories. He is the recipient of the Nancy Pearl Award for Fiction and the Friends of Mystery Spotted Owl Award for best novel in the Pacific Northwest. He is a two-time finalist for both the International Thriller Award and the Harper Lee Prize for Legal Fiction and has been nominated for the Mystery Writers of America’s Edgar Award. His books are sold worldwide in more than twenty-five countries and have been translated into more than two dozen languages, including French, German, Italian, and Spanish.