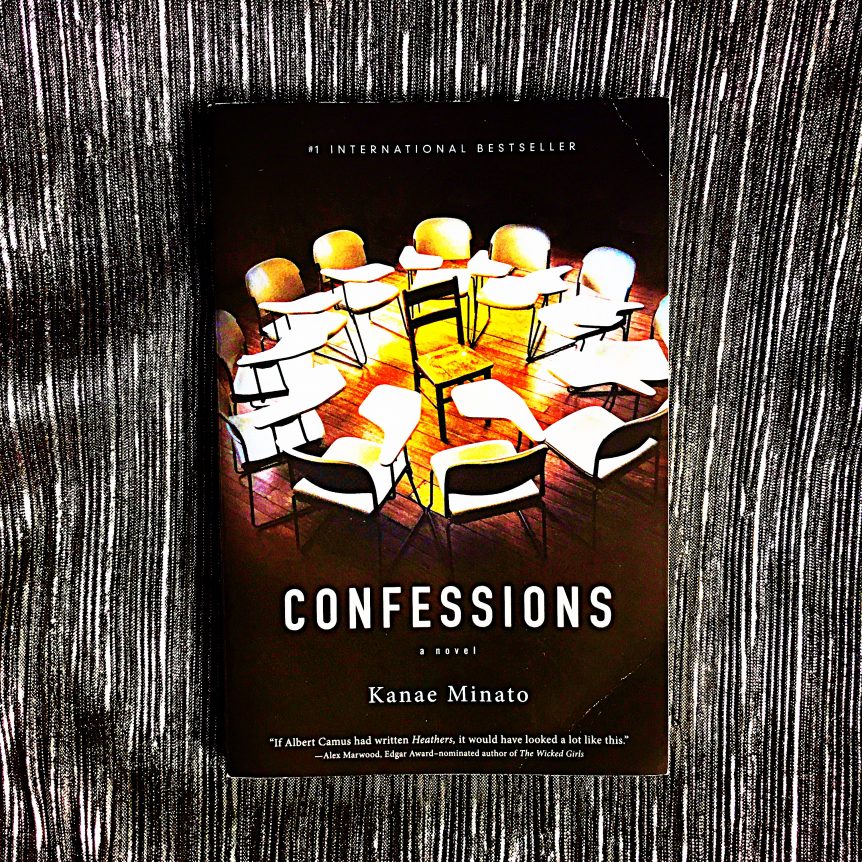 Yuko Moriguchi had nothing to live for except her only child, four-year-old Manami. Now, following Manami’s tragic death that occurred on the middle school grounds where she teaches, Yuko has given up and tendered her resignation. But first she has one last lecture to deliver. She tells a story that upends everything her students ever thought they knew about two of their classmates, and sets in motion a diabolical plot for revenge.

“No form of revenge could have made me hate you any less. If I had cut the two of you to shreds with a knife, I think I would have hated the little pieces of you just the same.”

This is the first Japanese crime fiction novel I’ve read (translated into English by Stephen Snyder). I have never read anything quite like it – it’s six chapters of crazy psychological twists! I was hooked from the moment I started reading and unexpectedly finished the novel very quickly.

The book starts from Yuko’s perspective where she tells a gripping story to her students that changes their lives forever. I’m not kidding, at the end of chapter one, my jaw fell to the floor. It took me a bit to engage in chapter two, as the voice and tone had changed. But I quickly realized who the narrator was and it just got more disturbing from there. The story is told from multiple point of views, which I enjoyed. You start to learn more about the killers and the events that led up to the crime, as well as the aftermath of their teacher’s revenge. I kept having to remind myself these are children. Also, NONE of these characters are likable. This isn’t a problem for me, and in this book probably works in your favor because the things that go down are evil and disturbing, but completely genius! I found myself analyzing details of this book long after I finished it. If you want to read a unique psychological thriller, pick this one up!