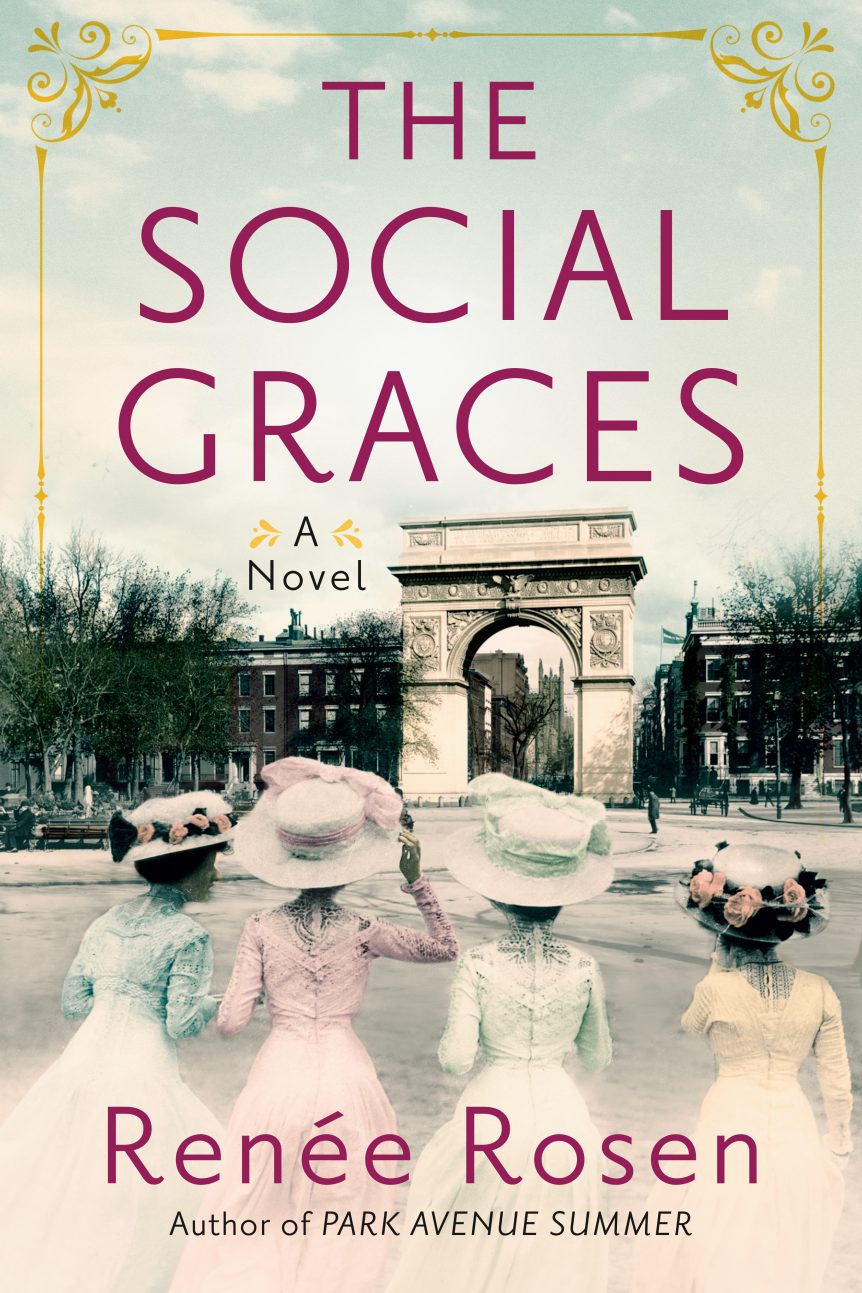 You can enter for a chance to win an advanced digital review copy of the book here: https://bit.ly/2YBkCE2  (NO PURCHASE NECESSARY. US Residents, 18+. Ends September 2, 2020. See official rules at official website.)

Renee Rosen, bestselling author of Park Avenue Summer, delivers readers a peek behind the curtain at one of the most remarkable feuds in history: Mrs. Vanderbilt and Mrs. Astor’s notorious battle for control of New York society during the Gilded Age.

In the glittering world of Manhattan’s upper crust, where wives turn a blind eye to husbands’ infidelities, and women have few rights and even less independence, society is everything. The more celebrated the hostess, the more powerful the woman. And none is more powerful than Caroline Astor–the Mrs. Astor.

But times are changing.

Alva Vanderbilt has recently married into one of America’s richest families. But what good is money when society refuses to acknowledge you? When it carries on just as it has done for generations? Alva, who knows what it is to have nothing, will do whatever it takes to have everything.

Sweeping three decades and based on true events, this gripping novel follows these two women as they try to outdo and outsmart each other at every turn. As Caroline comes closer to defeat and Alva closer to victory, both will make surprising discoveries about themselves and what’s truly at stake.

What inspired you to write THE SOCIAL GRACES?

THE SOCIAL GRACES is the story of Alva Vanderbilt and Caroline Astor vying for control of New York society during the Gilded Age. That’s my elevator pitch, but it’s also the story of mothers and daughters, of sisters, of husbands and wives, of class and examining one’s shifting values.

In terms of inspiration, it was more of a “who” rather than a “what”. I was brainstorming on new book concepts and my agent mentioned Consuelo Vanderbilt. Right after that, my editor suggested doing something in the Gilded Age. So really it was the two of them who inspired me, and after some preliminary research on New York in that time period, it was obvious that the rivalry between Mrs. Astor and Alva Vanderbilt had the makings of a really interesting novel.

Tell us about what it was like to write the feuding Mrs. Astor and Mrs. Vanderbilt, two of America’s wealthiest and most powerful women. Did you relate more to Mrs. Astor, or Mrs. Vanderbilt?

Bringing Caroline Astor and Alva Vanderbilt to life on the page was far more challenging than I had anticipated. When I first started working on the novel, I looked at my cast of characters and realized I had a group of rather unlikeable people. On the surface, they came across as spoiled, entitled, greedy and superficial. I knew that if I wanted to engage the reader, I was going to have to really drill down to find the humanity in these people and find a reason for us to root for them. Once I started to see Alva and Caroline as wives, mothers and daughters themselves, they started to come alive for me. I found myself able to relate to both of them in different ways and for different reasons. I related to Caroline reaching the prime of her life and worried that her youth and significance were slipping away. With Alva, I related to her passion, her drive, her unconventional spirit. In the end, I’m happy to say that I found them both women to be fascinating and bewildering characters to work with.

Did you discover anything in your research that surprised you?

I was really surprised by how understated the knickerbockers (the old money) were early on, before the nouveau riche began exerting their influence. For example, Caroline Astor and other society matrons of her ilk found those wonderful Worth gowns to be very gauche and pretentious. They never wore them and instead favored more plain gowns. The knickerbockers lived in very refined, nearly identical townhouses. It wasn’t until Alva Vanderbilt embarked on her architectural masterpieces (such as Petit Chateau and Marble House) that the rest of society began trying to out-build one another with their palatial mansions. The same goes for their extravagant entertaining. It wasn’t until the new money began throwing such elaborate and outlandish balls that the knickerbockers felt they needed to compete and became a matter of keeping up with the Joneses.

If THE SOCIAL GRACES was made into a movie, who would you choose to cast as your two leading ladies?

Such a fun question! I think Kathy Bates would be a fabulous Mrs. Astor and I could see Julia Garner bringing Alva to life. After seeing her portrayal of Ruth Langmore in Ozark as well as a few other performances, I’m convinced she’d be brilliant in any part she plays.

I am so excited to partner with @tlcbooktours and