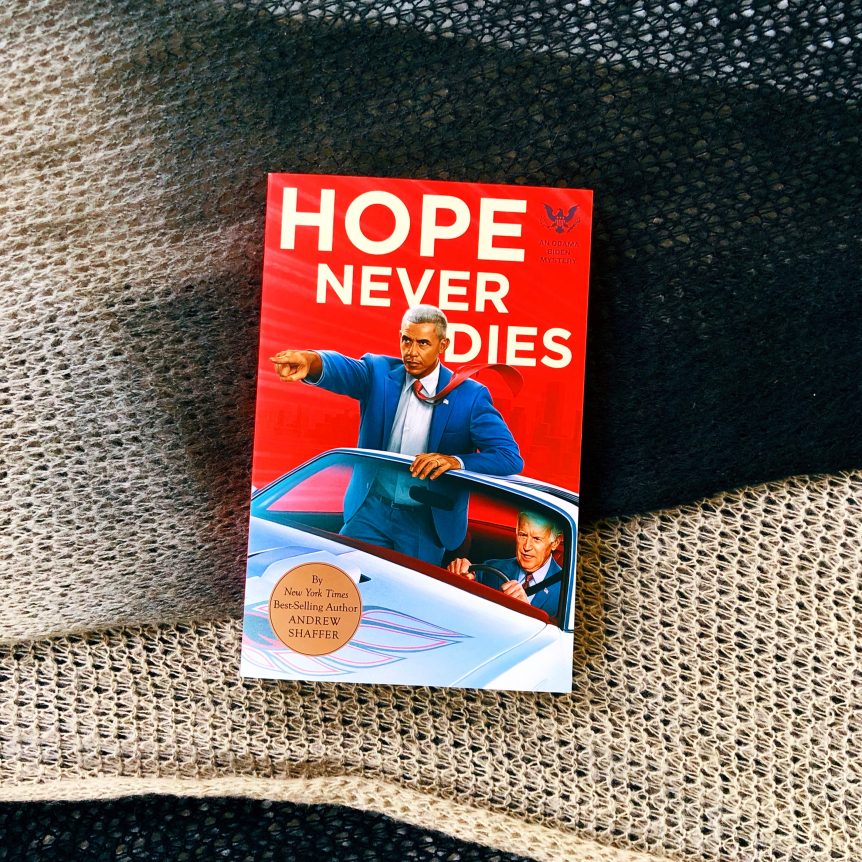 Many many thanks to Quirk Books for this fantastic free copy! Please tell me this cover makes you smile!! HILARIOUS!!

Vice President Joe Biden and President Barack Obama team up in this high-stakes thriller that combines a mystery worthy of Watson and Holmes with the laugh-out-loud bromantic chemistry of Lethal Weapon’s Murtaugh and Riggs.

Vice President Joe Biden is fresh out of the Obama White House and feeling adrift when his favorite railroad conductor dies in a suspicious accident, leaving behind an ailing wife and a trail of clues. To unravel the mystery, “Amtrak Joe” re-teams with the only man he’s ever fully trusted: the 44th president of the United States. Together they’ll plumb the darkest corners of Delaware, traveling from cheap motels to biker bars and beyond, as they uncover the sinister forces advancing America’s opioid epidemic.

Part noir thriller and part bromance, Hope Never Dies is essentially the first published work of Obama/Biden fiction—and a cathartic read for anyone distressed by the current state of affairs. 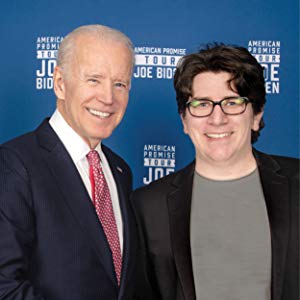 Q & A with Andrew Shaffer

Where did the idea for Hope Never Dies come from?

The first time I saw Joe Biden in his Ray-Ban aviators, I thought, ‘that guy’s an action hero.’ The sunglasses, the suit, the dead-serious stare—you think you’re looking at James Bond. And then he opens his mouth and sticks his foot in it, and you realize he’s closer to Leslie Nielsen. I toyed with the idea of a solo Joe Biden novel for years, but it never went anywhere. When the Obama/Biden ‘bromance’ memes began circulating on the internet during their final months in office, I dusted off the idea of doing a Joe Biden send-up and tweaked it—namely, to add President Obama as the Sherlock to Joe’s Watson.

Was it a challenge to write action scenes for a protagonist who is 75 years old?

Surprisingly not! Joe Biden is in fantastic shape—I had to hobble him with a bum knee just to make things competitive between him and the bad guys.

Do you have a particular favorite Biden-ism that you wrote?