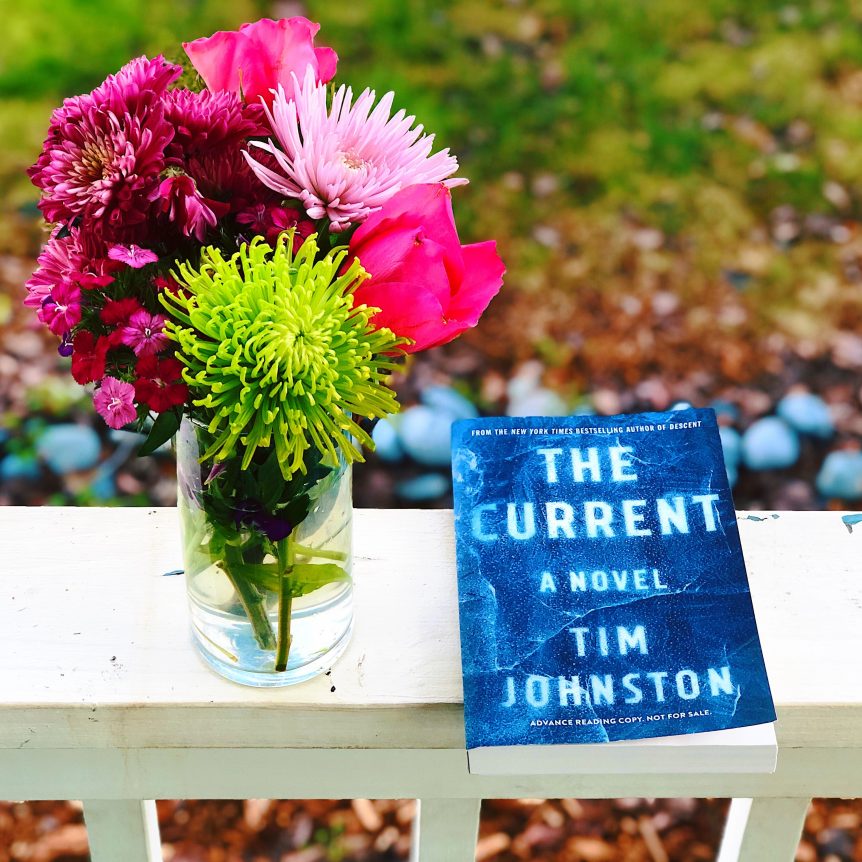 New York Times bestselling author Tim Johnston’s debut novel, Descent, achieved that rare feat—widespread critical acclaim and a spot on the New York Times bestseller list. The Washington Post called the novel “astonishing,” the Miami Herald deemed it “unforgettable,” and Vanity Fair dubbed it a “high-wire literary thriller…that will leave you gasping.” Now, with his stunning second novel, THE CURRENT, Johnston further pushes the boundaries of his considerable literary gifts with a gripping and heartbreaking story of small town crime, of fathers and daughters, and of the complexity and fragility of our lives. Publisher’s Weekly calls it an “outstanding thriller”, and Dennis Lehane says The Current is, “even better than his first, which is saying something. He’s a terrific writer and definitely a name to watch.”

In the dead of winter, outside a small Minnesota town, state troopers pull two young women and their automobile from the icy Black Root River. One is pronounced dead at the scene, while the other, Audrey Sutter, daughter of the town’s retired sheriff, survives. What happened was no accident, and news of the crime awakens memories of another young woman who lost her life in the same river ten years prior, and whose killer may still be among them. Determined to find answers, Audrey soon realizes that she is connected to that earlier unsolved murder by more than just a river. And as she plungers deeper into her own investigation, she begins to unearth long hidden secrets and stoke the violence simmering just below the surface of her hometown.

This hauntingly beautiful novel wraps elements of the conventional thriller with emotional depth and visceral intensity, unfolding in an elegant literary narrative. When describing the novel, Johnston says, “THE CURRENT may differ from other ‘literary suspense/crime’ novels in that it does not always offer absolute certainty or resolution or justice; nor does it race toward an ultimate confrontation between protagonist and antagonist. Instead it moves in and out of time, in and out of families, building on the wounds and obsessions of characters who, while not villains themselves, do not always act nobly or even legally. The individual currents of characters barely known to each other combine through chance and history into a single current of loss, but also love.”

“The days when you had to choose between a great story and a great piece of writing? Gone,” said Esquire of Descent, and in this much-anticipated new work, Tim Johnston’s considerable gifts as a storyteller are again on full display. Atmospheric and mesmerizing, THE CURRENT is a tour de force.

This is a gorgeously written, haunting novel with characters that render emotion.

During the dead of winter, college students Caroline Price and Audrey Sutter took a road trip from their college in Georgia to Minnesota to see Audrey’s dying father. Caroline and Audrey get in a terrible accident where the car ends up in the river and only one survives. During the aftermath of the accident it is discovered years before that another girl was killed in a similar fashion and the person responsible was never brought to justice. The survivor investigates if there is a connection and quickly learns of dark secrets in the small Minnesota town.

Let me start off by saying THE CURRENT is not a thriller, it’s more of a viscerally intense literary mystery which I happen to really love. Johnston writes thoughtful, emotional, raw characters and the story is beautifully constructed. It’s incredibly atmospheric with a deep sense of what it means to live in a small town and how they cope with such crimes. This is a thought-provoking, slower paced, character driven novel with layer upon layer of detail that adds tremendous depth to the story. And all with a fantastic, unpredictable mystery tangled in. If this sounds like your cup of tea…I say go for it! I absolutely loved it.

Tim Johnston, a native of Iowa City, is the author of The Current and the New York Times bestseller Descent, as well as a young adult novel, Never So Green, and the story collection Irish Girl, winner of the Katherine Anne Porter Prize in Short Fiction.