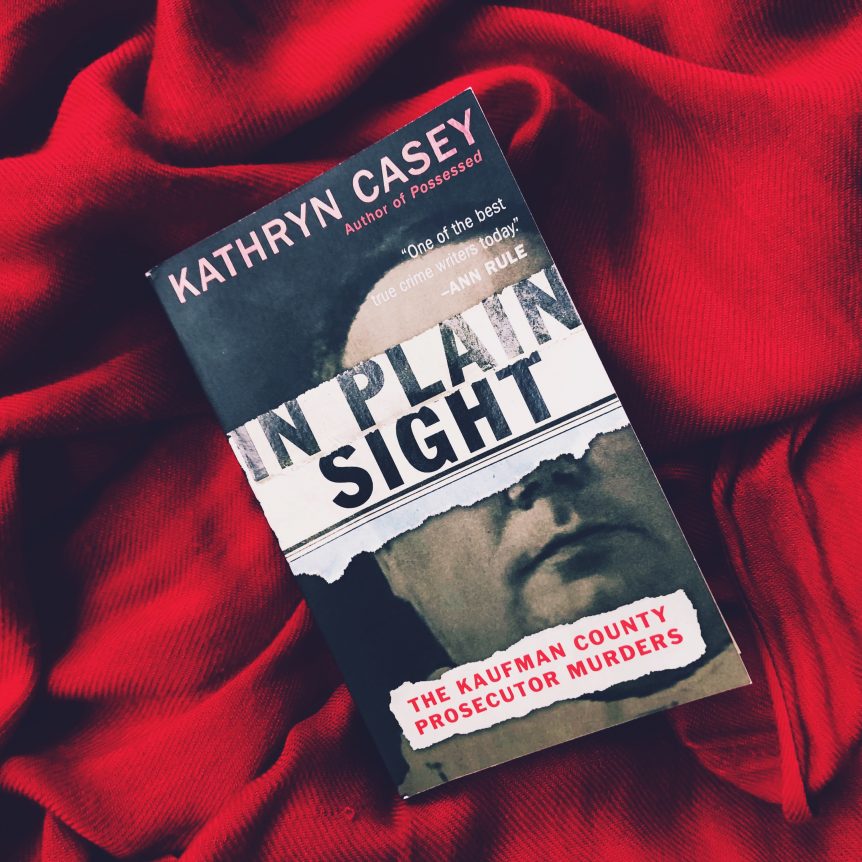 Thank you so much to William Morrow for providing my free copy – all opinions are my own.

“Eric didn’t talk to me about running for office. I didn’t think it was a good idea. It worried me because Eric doesn’t play well with others, unless the others do what he wants” –Kim Williams

On a cold January morning, the killer executed Assistant District Attorney Mark Hasse in broad daylight. Eight shots fired a block from the Kaufman County Courthouse. Two months later, a massacre. The day before Easter, the couple slept. Bunnies, eggs, a flower centerpiece gracing the table. Death rang their doorbell and filled the air with the rat-a-tat-tat of an assault weapon discharging round after round into their bodies. Eric Williams and his wife, Kim, celebrated the murders with grilled steaks. Their crimes covered front pages around the world, many saying the killer placed a target square on the back of law enforcement. Williams planned to exact revenge on all those who had wronged him, one at a time. Throughout the spring of 2013, Williams sowed terror through a small Texas town, and a quest for vengeance turned to deadly obsession. His intention? To keep killing, until someone found a way to stop him.

“Kim and Eric were almost symbiotic… they fed off each other. And the sicker Kim got, she was totally dependent on him.” –Sandra Harward

This is true crime at its finest. On a January morning, District Attorney Mike Hasse was gunned down and killed in front of Kaufman County Courthouse and that’s how the killings began.

Eric Lyle Williams was born in April 1967. Three years later his family moved to Azle just outside of Fort Worth Texas. Even though his parents showed little emotion, by all accounts, Eric had a happy childhood. A few years later, his sister was born, but he was not very interested her. Eric was a Boy Scout, extremely intelligent and had an aptitude for computers. He played trumpet, was on the math team, and hung out with the other bright kids in his class. He rarely talked and was socially aloof, but when he said something it was always the “perfect punchline” that made his friends laugh.

Around age fourteen, he became obsessed with Dungeons and Dragons and all his friends wanted him in their guilds. He made Eagle Scout, won awards, and made his parents very proud. But when his parents were not around, he tormented his younger sister and had an obsession with guns and hunting small animals including stray cats.

He graduated high school then went to his father’s alma mater, Texas Christian University, where he graduated with a degree in Criminal Justice. He also received a diploma with the Army’s MP school, but was passed over for the actual Army. He also was fired from two jobs at two different police departments – all this by the age twenty four. Finally, he interviewed with a judge for a court coordinator position at the courthouse in Kaufman, Texas, a small town with a population of less than 7,000. From here, his career skyrocketed and he eventually became an attorney. One day, he posted on an Internet message board where he met a woman by the name of Kim Johnson. They quickly became romantically involved.

Casey writes nonfiction as seamlessly as fiction. The dialogue flows effortlessly which makes this a very fast paced read. Nothing is ever dry or boring in this true crime masterpiece and every facet is well researched. Casey conducted interviews with Williams and most of the people in his life. There are an abundance of photographs included from his childhood onward, a must in any good true crime novel. I particularly love the quotes included at the beginning of each chapter. This is a very gripping and addictive book, and even though I had never heard of these crimes, I was particularly enthralled by the “husband and wife” aspect of this case. Although Eric is the brains of the operation, Kim went right along and celebrated it. It’s horrific and these two are chilling right down to the bone. Williams hits every single statistic and cliché of a natural born killer. He will not tolerate hearing the word “no” without exacting revenge. 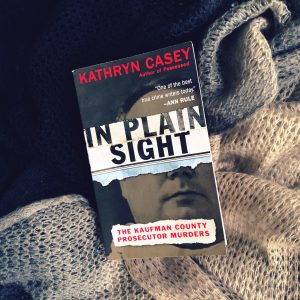 She Reads with Cats: You write books about and interview cold blooded killers – do any give you nightmares?

Kathryn Casey: Not usually. I’ve been a crime writer for thirty years, so I’ve often gone into prisons to interview inmates who’ve committed horrible crimes. The exceptions were the encounters with the serial killer suspects in DELIVER US. They were all in prison for unrelated cases, all serving long sentences, and I did find it difficult to talk to them, believing that they were responsible for such random, senseless, twisted murders. For a few months after, I had sleepless nights.

SRWC: What are you reading when aren’t writing true crime?

KC: I recently finished reading THE GREAT ALONE by Kristin Hannah. I admired the vivid descriptions of Alaska, and the way she developed the claustrophobic atmosphere inside the main characters’ cabin in contrast to the vast landscapes of the wilderness. Right now I’m halfway through George Saunders’ LINCOLN IN THE BARDO. I picked it up because it won the Man Booker Prize.

SRWC: Who are your favorite true crime authors?

KC: Ann Rule, Jack Olson, Joe McGinnis, and Carlton Stowers. The list could go on. Ann Rule and I were friends, and I miss her terribly. She gave me such great advice over the years. A lot of true crime writers don’t go to the trials. Ann told me early on that it’s essential to writing a good book. She’s right. At a trial, I learn the backbone of the case and make contact with those involved. I’m able to introduce myself and set up future interviews.

SRWC: What do you think the impact of true crime podcasts have on the true crime genre?

KC: I really enjoy the podcasts, and they’re fun to do. I’m not sure what impact they’ve had on the genre, but the interest in true crime is remarkably high right now, not only on the Internet but in limited television series. So perhaps this is a healthy trend.

SRWC: Given the meticulous detail in your books, how long does it typically take you to write a true crime novel?

KC: Most books take a year to 18 months. A couple of the books have taken longer, and one book I managed to turn out in nine months, but that only happened the one time. To get all that detail, I have to do a lot of research. I often do eighty to a hundred interviews for an individual book. The cases are puzzles, and to put together a clear picture I need all the pieces.

SRWC: Do you prefer to write fiction or nonfiction?

KC: I enjoy both. I’m currently working on a novel I’m having a grand time writing. It’s good to free up my imagination for a change.

SRWC: What is your fascination with Texas true crime?

KC: I live in Texas, and it’s an amazing place. There’s an old saying: “Everything is bigger in Texas!” That holds true for crime. A lot of fascinating cases unfold here. And it’s a huge state, so there’s always something going on. The cities and rural areas all have distinct personalities. That makes it possible to write books with diverse settings without leaving the state. The small town of Kaufman I describe in IN PLAIN SIGHT is a world apart from Dallas, even though it’s a forty-minute drive away. Houston is markedly different than San Antonio, which doesn’t at all resemble Austin. Texas never bores me.

SRWC: You’ve written about some truly horrific crimes. Which one has affected you the most?

KC: The serial killings in DELIVER US were very difficult to research and to write about, as I mentioned earlier. But all the cases affect me in some way. I’m so sorry for the victims and their families. I often think about Mark Hasse, Cynthia and Mike McLelland, the victims whose stories I tell in IN PLAIN SIGHT. All three were robbed of their lives, of all the experiences they would have had if they’d lived. Their families and friends were deprived of having Mark Cynthia and Mike in their lives. I understand the grudge Eric Williams bore against the two prosecutors, that he believes he was unfairly prosecuted. But nothing excuses what Eric did. Nothing Mike and Mark did mitigates Eric’s actions. No one is entitled to seek such horrific revenge. 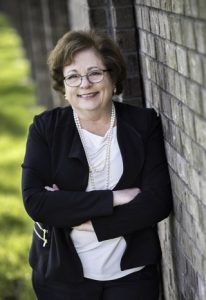 A novelist and an award-winning journalist, Kathryn Casey is the creator of the Sarah Armstrong mystery series and the author of eight highly acclaimed true crime books. Her first novel, SINGULARITY, was one of Booklist’s best crime novel debuts of 2009, and Library Journal chose the third, THE KILLING STORM, as one of the best books of 2010. In both books Casey’s protagonist is a Texas Ranger/profiler headquartered in Company A. Her latest true crime book, DELIVER US, investigates the I-45/Texas Killing Field murders. Kathryn Casey has appeared on Oprah, Oprah Winfrey’s Oxygen Network, Court TV, Biography, Nancy Grace, E! Network, TruTv, Investigation Discovery, The Travel Channel and A&E. She’s written for Rolling Stone, TV Guide, Reader’s Digest, Texas Monthly, MORE, Ladies’ Home Journal, and many other publications. Ann Rule calls Casey “one of the best in the true crime genre.” 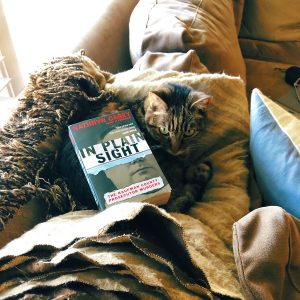