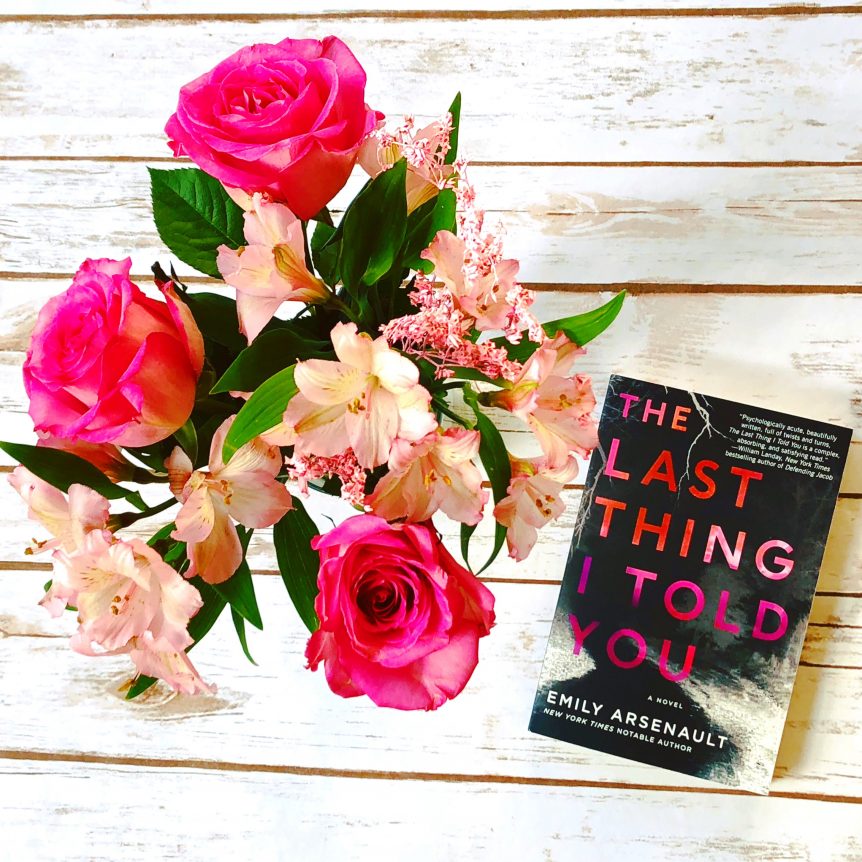 Thank you so much to TLC Book Tours and William Morrow Books for providing my free copy – all opinions are my own. 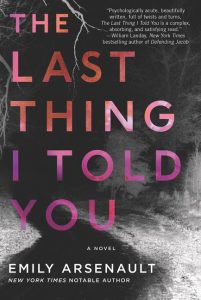 Therapist Dr. Mark Fabian is dead—bludgeoned in his office. But that doesn’t stop former patient Nadine Raines from talking to him—in her head. Why did she come back to her hometown after so many years away? Everyone here thinks she’s crazy. And she has to admit—they might have good reason to think so. She committed a shockingly violent act when she was sixteen, and has never really been able to explain that dark impulse—even to Fabian. Now that Fabian’s dead, why is she still trying? Meanwhile, as Detective Henry Peacher investigates Fabian’s death, he discovers that shortly before he died, Fabian pulled the files of two former patients. One was of Nadine Raines, one of Henry’s former high school classmates. Henry still remembers the disturbing attack on a teacher that marked Nadine as a deeply troubled teen. More shockingly, the other file was of Johnny Streeter, who is now serving a life sentence for a mass shooting five years ago. The shooting devastated the town and everyone—including Henry, who is uncomfortable with the “hero” status the tragedy afforded him—is ready to move on. But the appearance of his file brings up new questions. Maybe there is a decades-old connection between Nadine and Streeter. And maybe that somehow explains what Nadine is doing in Fabian’s office nearly twenty years after being his patient. Or how Fabian ended up dead two days after her return. Or why Nadine has fled town once again. But as Nadine and Henry head toward a confrontation, both will discover that the secrets of people’s hearts are rarely simple, and—even in the hidden depths of a psychologist’s files—rarely as they appear.

I really enjoyed the premise and characterization in this one! Nadine Raines returns to her New England town after being gone several years. She suffers from mental illness and often listens to the voices in her head, including that of her old therapist, Dr. Mark Fabian. But Dr. Mark Fabian was recently murdered, bludgeoned to death in his office. He was extremely dedicated to his patients, so who would want to kill him? Detective Henry Peacher investigates the case, discovering Dr. Fabian pulled two files before he died: Johnny Streeter, who is in prison for a mass shooting, and Nadine Raines.

This book starts off with a bang, with so many moving parts that keep you guessing, but it does slow down quite a bit after the first half. Ultimately, the format of the book and the character development is what kept my interest. The perspectives alternate between Nadine and Detective Peacher, between past and present. Peacher is such a great character, but my favorite chapters were Nadine’s, as it is incredibly interesting reading her inner monologue, especially regarding Dr. Fabian. Arsenault does a tremendous job touching on the stigma attached to mental illness and humanizing it. I always particularly enjoy it when thrillers address mental illness and include such well-thought-out characters. Although this book is a bit long, it is overall a gripping mystery! 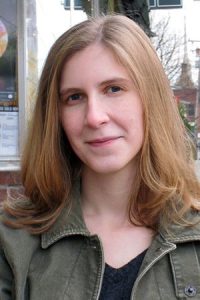 Emily Arsenault is also the author of The Broken Teaglass and In Search of the Rose Notes. She has worked as a lexicographer, an English teacher, and a Peace Corps volunteer in rural South Africa. She now lives in Shelburne Falls, MA, with her husband.