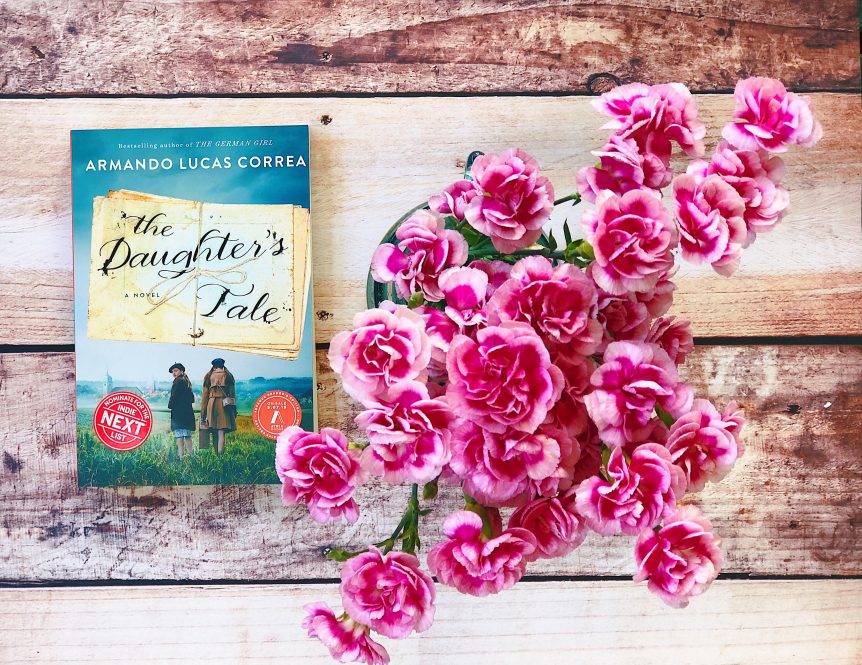 BERLIN, 1939. The dreams that Amanda Sternberg and her husband, Julius, had for their daughters are shattered when the Nazis descend on Berlin, burning down their beloved family bookshop and sending Julius to a concentration camp. Desperate to save her children, Amanda flees toward the south of France, where the widow of an old friend of her husband’s has agreed to take her in. Along the way, a refugee ship headed for Cuba offers another chance at escape and there, at the dock, Amanda is forced to make an impossible choice that will haunt her for the rest of her life. Once in Haute-Vienne, her brief respite is inter­rupted by the arrival of Nazi forces, and Amanda finds herself in a labor camp where she must once again make a heroic sacrifice.

NEW YORK, 2015. Eighty-year-old Elise Duval receives a call from a woman bearing messages from a time and country that she forced herself to forget. A French Catholic who arrived in New York after World War II, Elise is shocked to discover that the letters were from her mother, written in German during the war. Despite Elise’s best efforts to stave off her past, seven decades of secrets begin to unravel.

Based on true events, The Daughter’s Tale chronicles one of the most harrowing atrocities perpetrated by the Nazis during the war. Heart­breaking and immersive, it is a beautifully crafted family saga of love, survival, and redemption.

THE DAUGHTER’S TALE is a heartbreaking novel based on true events. There are an abundance of WWII novels out there of similar perspectives and what I liked about this one is it’s a unique perspective I haven’t read before, and it’s a tearjerker.

The narrative is written in two timelines: Berlin in 1939 and New York in 2015. In 1939 we follow bookshop owners, Amanda and Julius Sternberg. As Nazis make their way to Berlin, their shop is burned down and Julius is taken to a concentration camp. Amanda has to find a way to flee and protect her daughters. Meanwhile, in 2015, we follow eighty-year-old Elise Duval who receives a phone call from a woman stating she has letters written by her mother during the war.

The horrific acts that were perpetrated by the Nazis are unfathomable. And this is another important, powerful perspective that needs to be told. I love that Correa writes such strong female characters and found both timelines captivating. It is very well written and I found myself looking up certain things regarding the plot, which is always a good sign. I know I’ll be thinking about this book and characters for a long time to come. This is a story of redemption, sacrifice, survival, and family. And get those tissues ready! 4/5 stars.