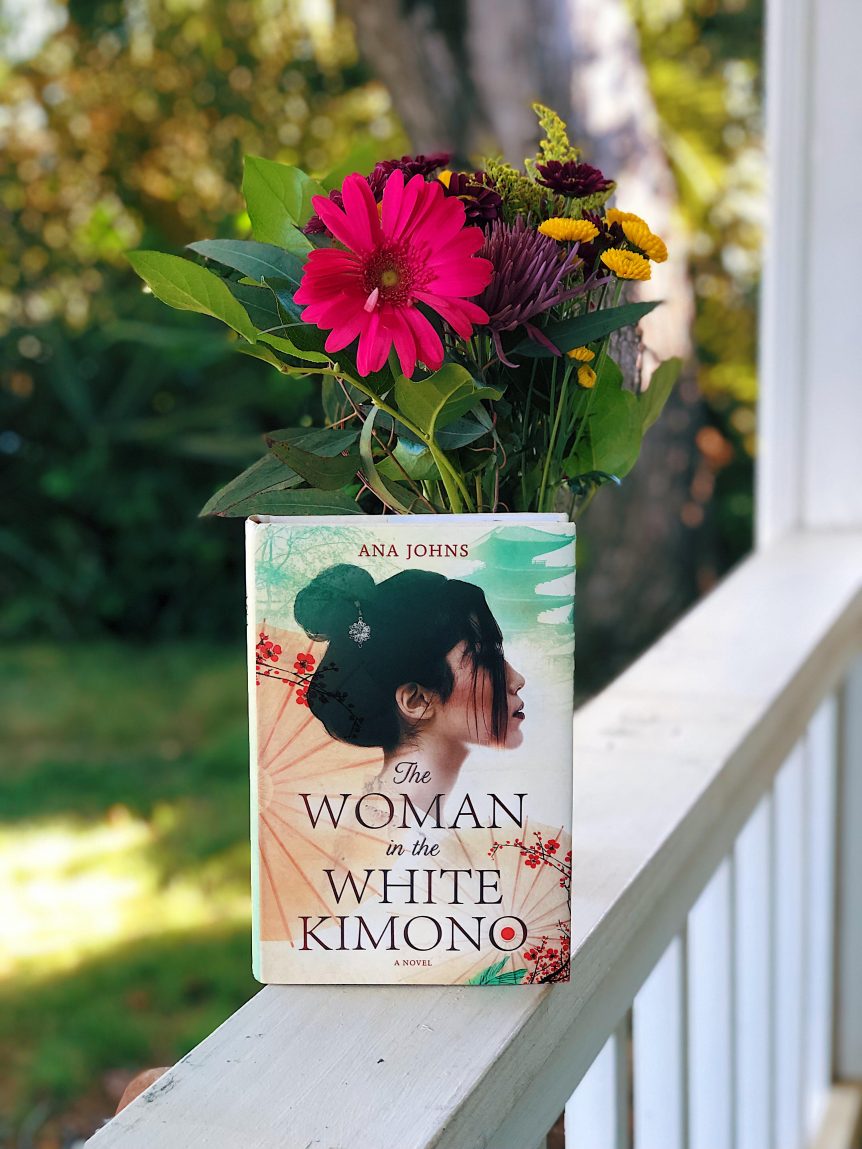 Japan, 1957. Seventeen-year-old Naoko Nakamura’s prearranged marriage to the son of her father’s business associate would secure her family’s status in their traditional Japanese community, but Naoko has fallen for another man—an American sailor, a gaijin—and to marry him would bring great shame upon her entire family. When it’s learned Naoko carries the sailor’s child, she’s cast out in disgrace and forced to make unimaginable choices with consequences that will ripple across generations.

America, present day. Tori Kovac, caring for her dying father, finds a letter containing a shocking revelation—one that calls into question everything she understood about him, her family and herself. Setting out to learn the truth behind the letter, Tori’s journey leads her halfway around the world to a remote seaside village in Japan, where she must confront the demons of the past to pave a way for redemption.

In breathtaking prose and inspired by true stories from a devastating and little-known era in Japanese and American history, The Woman in the White Kimono illuminates a searing portrait of one woman torn between her culture and her heart, and another woman on a journey to discover the true meaning of home.

Ana John’s THE WOMAN IN THE WHITE KIMONO is a beautifully written, poignant story about love, family, and Japanese culture during the post-WWII era.

We follow two timelines, one takes place in 1950’s post-war Japan and the second is in present day America. In Japan, Naoko Nakamura is arranged to be married but instead falls in love with an American. When she becomes pregnant, she is ostracized from her family and is forced to move forward without them. Flash forward to America, where we meet Tori Kovac whose father just passed away. She finds a mysterious letter that contains information that compels her to travel all the way to Japan to find answers.

Johns paints a gorgeous picture of the setting with realistic details of post-war Japan, and writes her characters with such emotion and vulnerability. I thought Naoko’s story was the most compelling but I was intrigued by Tori’s as well. The novel is based on true events and it’s obvious that it was well researched. I always love reading historical fiction from different perspectives. If you are a fan of Lisa See or Memoirs of a Geisha then I highly suggest you pick this one up. 4/5 stars.