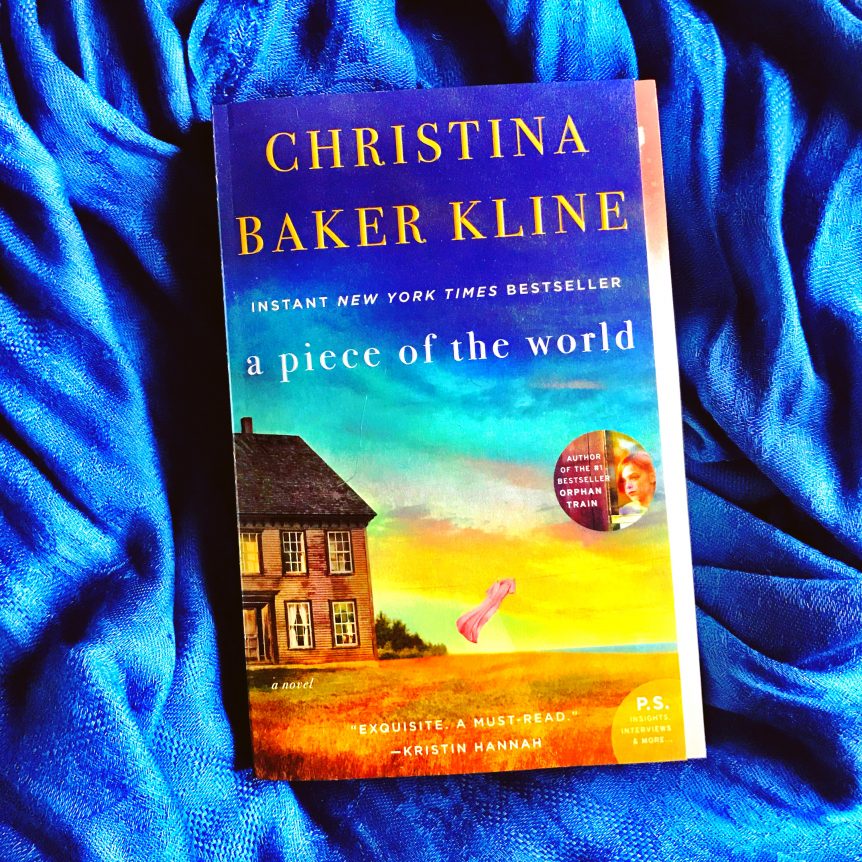 Thank you so much to the kind and generous William Morrow and Company for this gorgeous paperback copy!

Praise for A PIECE OF THE WORLD

“Kline’s gift is to dispense with the fustiness and fact-clogged drama that can weigh down some historical novels to tell a pure, powerful story of suffering met with a fight. In fiction, in her quiet way, Christina triumphs – and so does this novel. “— O, the Oprah Magazine

“The novel evokes the somber grace of [Wyeth’s] paintings … Christina’s yearning, her determination, her will to dream, occupy the emotional center in both the novel and the painting. A Piece of the World is a story for those who want the mysterious made real.”
— New York Times Book Review

“Another winner from the author of Orphan Train. In this beautifully observed fictional memoir, Kline uses Andrew Wyeths’ iconic painting Christina’s World as the taking-off point for a moving portrait of the artist’s real-life muse.” — People Magazine (chosen as their “Book of the Week”)

“Fans of Kline’s phenomenal 2013 best seller Orphan Train will recognize the way the new novel…brings to vivid life a little-known corner of history…Avoiding sentimental uplift, A Piece of the World offers unsparing insight into the real woman behind the painting.” — USA Today

“With beautiful and stunning prose, the novel explores the sensitive and complex bond between artist and muse against the beauty of the rural American landscape. The reader will be transfixed.” —The Daily Beast

“Kline herself is an artist, drawing on the real history of Christina Olson and Andrew Wyeth to conjure up her own haunting portrait. As in her bestselling novel, “Orphan Train,” Kline’s deep research into characters, place, and time period provides the outlines of a compelling story, which she then expertly brings into three dimensions.” — Christian Science Monitor

From the #1 New York Times bestselling author of Orphan Train

A PIECE OF THE WORLD by Christina Baker Kline

Christina Baker Kline’s beloved novel Orphan Train hit the market in 2013 and has had an enormous impact on readers around the world. With more than three million copies in print, it has been published in 40 countries, appeared on the NYT bestseller list for more than two years.

Christina Baker Kline’s beloved novel Orphan Train hit the market in 2013 and has had an enormous impact on readers around the world. With more than three million copies in print, it has been published in 40 countries, appeared on the NYT bestseller list for more than two years (five weeks at #1), and has been selected as a “One Book, One Read” by more than 100 communities and campuses. Now available in paperback form is her next novel A PIECE OF THE WORLD and Kline turns her attention to another little-known part of America’s history: the story of Christina Olson, the complex woman and real-life muse Andrew Wyeth portrayed in his 1948 masterpiece Christina’s World. This iconic American painting — which features a mysterious woman in a pink dress sitting in a field, gazing at a weathered house in the distance — hangs in the Museum of Modern Art in New York City as part of their permanent collection.

In A PIECE OF THE WORLD, Kline vividly imagines the life of Christina Olson. Born in the same remote farmhouse in Cushing, Maine that her family had lived in for generations, and increasingly incapacitated by a degenerative muscular disorder that made it difficult to walk, Christina seemed destined to lead an uneventful life. Her fate changed the day 22-year-old Andrew Wyeth knocked on her front door.

Told in evocative and lucid prose, A PIECE OF THE WORLD is a story about the burdens and blessings of family history, and how artist and muse can come together to forge a new and timeless legacy. 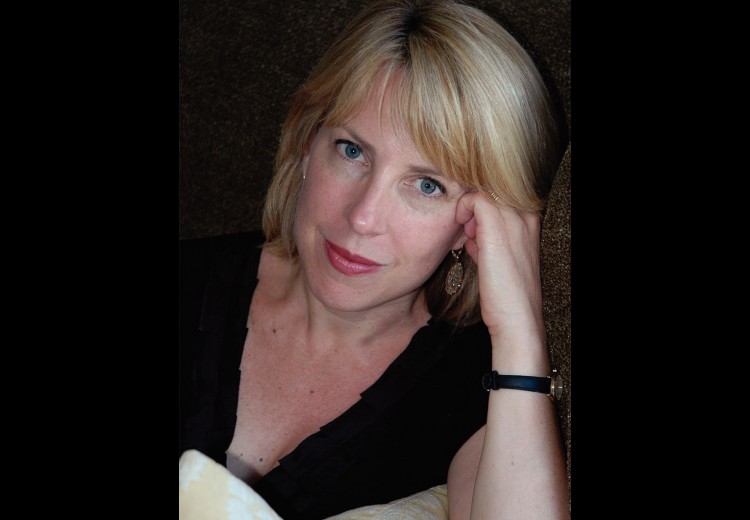 A #1 New York Times bestselling author of seven novels, Christina Baker Kline is published in 40 countries. She lives outside New York City and on the coast of Maine.