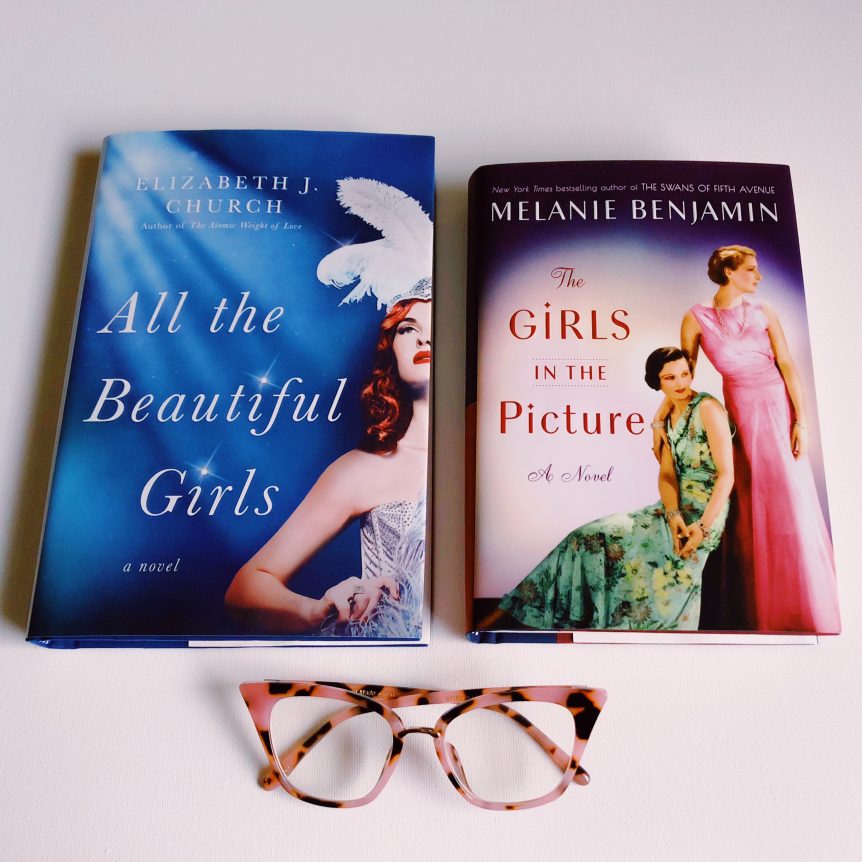 Thank you so much Random House for sending me these gorgeous copies! The are STUNNING and look incredible! I will leave the synopses below.

ALL THE BEAUTIFUL GIRLS:

A powerful novel about a gutsy showgirl who tries to conquer her past amongst the glamour of 1960s Las Vegas—and finds unexpected fortune, friendship, and love.

It was unimaginable. When she was eight years old, Lily Decker somehow survived the auto accident that killed her parents and sister, but neither her emotionally distant aunt nor her all-too-attentive uncle could ease her grief. Dancing proves to be Lily’s only solace, and eventually she receives a “scholarship” to a local dance academy—courtesy of a mysterious benefactor.

Grown and ready to leave home for good, Lily changes her name to Ruby Wilde and heads to Las Vegas to be a troupe dancer, but her sensual beauty and voluptuous figure land her work instead as a showgirl performing everywhere from Les Folies Bergere at the Tropicana to the Stardust’s Lido de Paris. Wearing sky-high headdresses, five-inch heels, and costumes dripping with feathers and rhinestones, Ruby may have all the looks of a Sin City success story, but she still must learn to navigate the world of men—and figure out what real love looks like.

With her uncanny knack for understanding the hidden lives of women, Elizabeth J. Church captures both the iconic extravagance of an era and the bravery of a young woman who dances through her sadness to find connection, freedom, and, most important, herself.

THE GIRLS IN THE PICTURE:

It is 1914, and twenty-five-year-old Frances Marion has left her (second) husband and her Northern California home for the lure of Los Angeles, where she is determined to live independently as an artist. But the word on everyone’s lips these days is “flickers”—the silent moving pictures enthralling theatergoers. Turn any corner in this burgeoning town and you’ll find made-up actors running around, as a movie camera captures it all.

In this fledgling industry, Frances finds her true calling: writing stories for this wondrous new medium. She also makes the acquaintance of actress Mary Pickford, whose signature golden curls and lively spirit have earned her the title “America’s Sweetheart.” The two ambitious young women hit it off instantly, their kinship fomented by their mutual fever to create, to move audiences to a frenzy, to start a revolution.

But their ambitions are challenged by both the men around them and the limitations imposed on their gender—and their astronomical success could come at a price. As Mary, the world’s highest paid and most beloved actress, struggles to live her life under the spotlight, she also wonders if it is possible to find love, even with the dashing actor Douglas Fairbanks. Frances, too, longs to share her life with someone. As in any good Hollywood story, dramas will play out, personalities will clash, and even the deepest friendships might be shattered.

With cameos from such notables as Charlie Chaplin, Louis B. Mayer, Rudolph Valentino, and Lillian Gish, The Girls in the Picture is, at its heart, a story of friendship and forgiveness. Melanie Benjamin perfectly captures the dawn of a glittering new era—its myths and icons, its possibilities and potential, and its seduction and heartbreak.