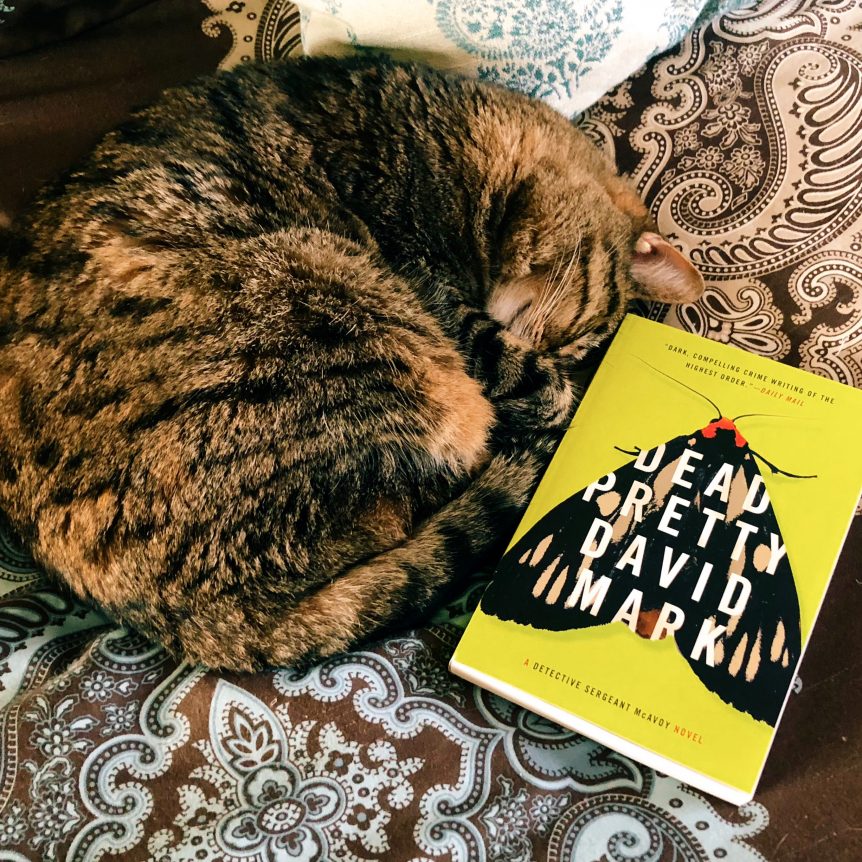 Abby curled up with a good book! Thank you so much to Blue Rider Press for sending my free copy! I cannot wait to read it!

One girl missing. One girl dead. A stunning new novel from one of Britain’s most original crime writers, Dead Pretty finds Detective Sergeant Aector McAvoy and Detective Superintendent Trish Pharaoh grappling with vigilantes, unsolved murders, and a killer far too close to home.

While a colleague struggles to solve the recent killing of a man too vile to have mourners, Aector McAvoy, Detective Sergeant of the Humberside Police’s murder squad, is still haunted by the past. His devotion to his cases is unshakeable, but it’s been nine months since Hannah Kelly disappeared in the quiet English countryside, and it is becoming harder to convince himself that she is just missing instead of dead… especially when another young woman is found brutally murdered.

As McAvoy looks for connections between the women, his boss Trish Pharaoh is preoccupied with troubles of her own. Reuben Hollow–a man convicted of murder with the help of perjured testimony from the Humberside Police–has just been released from prison after a high-profile wrongful conviction suit, putting Pharaoh’s reputation at stake. But when her house is broken into and her children threatened, she soon learns it is not only her good name that’s in danger.

As the cases intertwine and Pharaoh’s behavior becomes more erratic, McAvoy must question who he can trust if he is to uncover Hannah’s fate and find justice for the dead–without joining them himself.