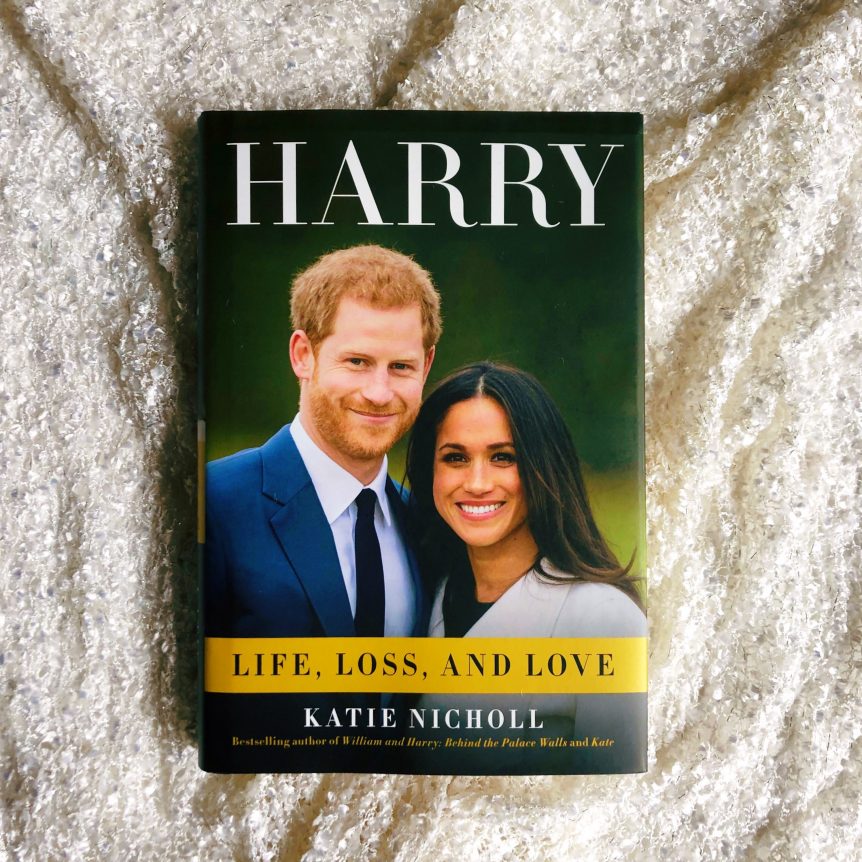 Thank you so much Little Bird Publicity and Hachette Books for sending me this lovely free copy!

Does anyone else like reading books about the British Monarchy? I am obsessed! I’m so fascinated by Queen Victoria, Henry V, Henry VIII, Elizabeth I, George VI and now Queen Elizabeth II thanks to my undying love for The Crown on Netflix. I am also quite taken with Prince William, Prince Harry, and the gorgeous Kate. I love their passion for charitable work and they seem to really want to make a difference.

From his earliest public appearances as a mischievous redheaded toddler, Prince Harry has captured the hearts of royal enthusiasts around the world. In Harry, Britain’s leading expert on the young royals offers an in-depth look at the wayward prince turned national treasure. Nicholl sheds new light on growing up royal, Harry’s relationship with his mother, his troubled youth and early adulthood, and how his military service in Afghanistan inspired him to create his legacy, the Invictus Games.

Harry: Life, Loss, and Love features interviews with friends, those who have worked with the prince, and former Palace aides. Nicholl explores Harry’s relationship with his family, in particular, the Queen, his father, stepmother, and brother, and reveals his secret “second family” in Botswana. She uncovers new information about his former girlfriends and chronicles his romance and engagement to American actress Meghan Markle.

Harry is a compelling portrait of one of the most popular members of the royal family, and reveals the inside story of the most intriguing royal romance in a decade.