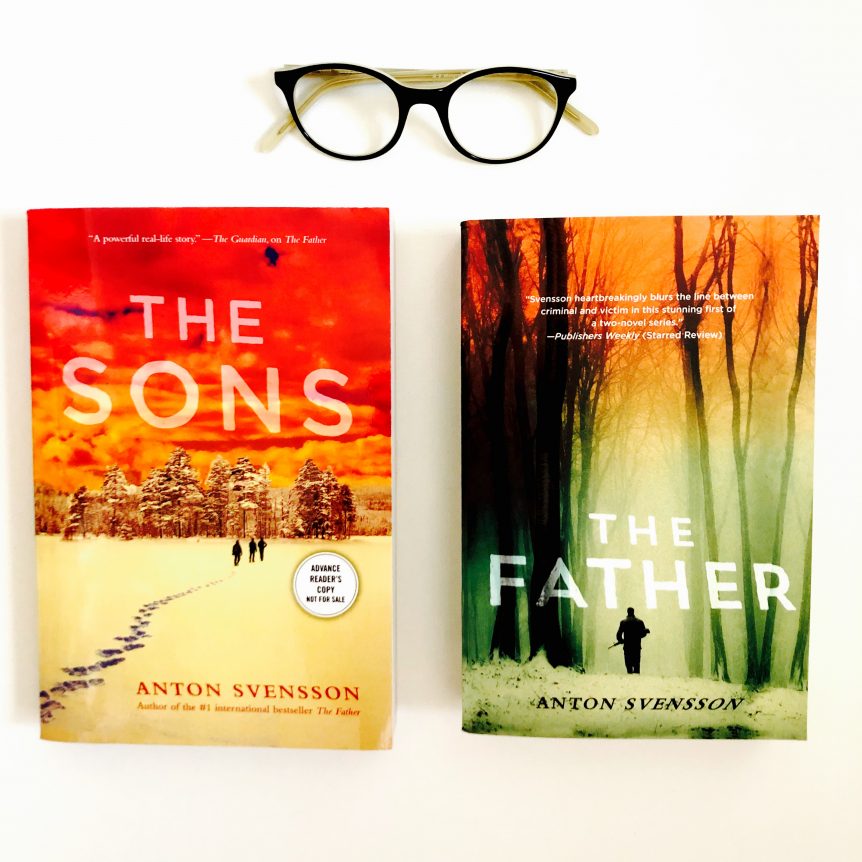 I was so excited when I saw these show up on my doorstep! And how nice is Quercus to give me both books?!! I have been wanting to read The Father and now I get to read The Sons too!! Thank you so much Quercus Books for sending me free copies!! I will leave the synopses below!

THE FATHER: Made in Sweden #1

How does a child become a criminal? How does a father lose a son?

An epic crime novel with the excitement of Jo Nesbo’s Headhunters and the narrative depth of We Need to Talk About Kevin, The Father is inspired by the extraordinary true story of three brothers who committed ten audacious bank robberies in Sweden over the course of just two years.

None had committed a crime before. All were under 24 years old. All of them would be changed forever as individuals and as a family.

This intoxicating, heartbreaking thriller tells the story of how three boys are transformed over the course of their lives from innocent children to the most wanted criminals in Sweden. And of the man who made them that way: their father.

THE SONS: Made in Sweden Part 2

Unreformed, Leo has spent his imprisonment plotting one final heist, but he only has a brief window following his release to pull it off. The plan is to steal more than 100 million Swedish crowns from Sweden’s largest police station and then disappear forever. It is a decision that will threaten what remains of his relationships with his father and brothers, who also went to prison for the earlier robberies, and set him on a collision course with the aggressive cop who sent them to jail, John Broncks.

Detective Broncks quickly figures out that the newly released Leo is up to something and vows to stop him once and for all, no matter what rules have to be broken. Before it is all over, these two men will play out the consequences not just of the crime spree that first brought them into each other’s orbits, but of their earliest childhoods, when their destinies were being written by violence and abuse.

Each will have to look into the abyss and answer a terrible question: is he prepared to sacrifice everything, even family, to succeed?