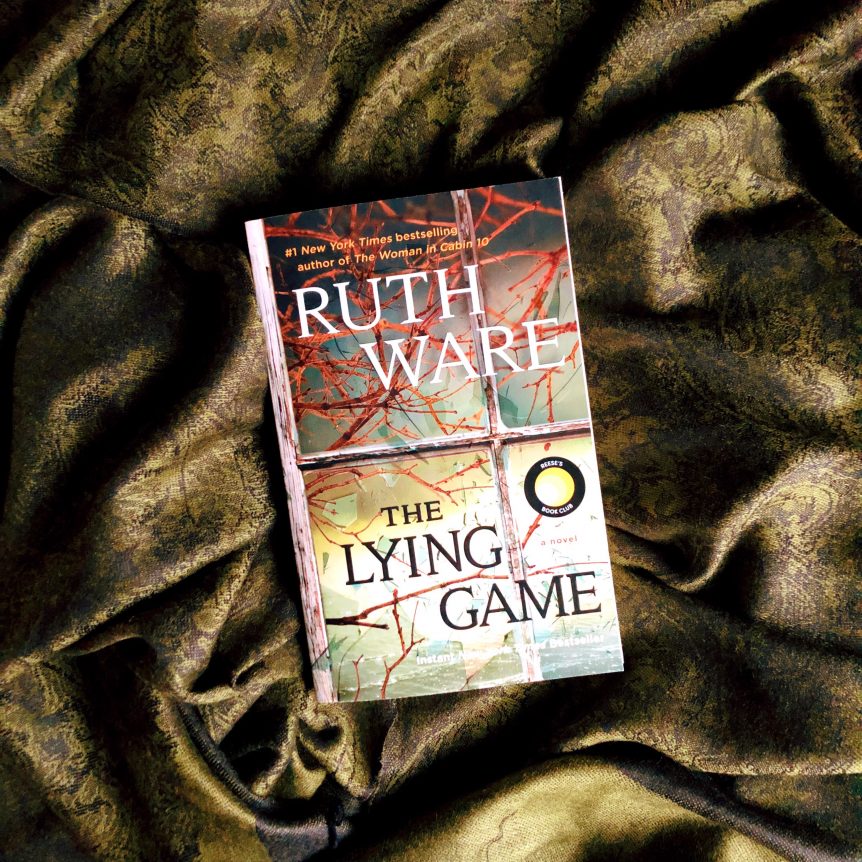 You all know how much I love Ruth Ware so I am very thankful to Gallery Books for sending me this gorgeous free copy! Isn’t the new cover AWESOME?!!

On a cool June morning, a woman is walking her dog in the idyllic coastal village of Salten, along a tidal estuary known as the Reach. Before she can stop him, the dog charges into the water to retrieve what first appears to be a wayward stick, but to her horror, turns out to be something much more sinister…

The next morning, three women in and around London—Fatima, Thea, and Isa—receive the text they had always hoped would never come, from the fourth in their formerly inseparable clique, Kate, that says only, “I need you.”

The four girls were best friends at Salten, a second-rate boarding school set near the cliffs of the English Channel. Each different in their own way, the four became inseparable and were notorious for playing the Lying Game, telling lies at every turn to both fellow boarders and faculty. But their little game had consequences, and as the four converge in present-day Salten, they realize their shared past was not as safely buried as they had once hoped…

Atmospheric, twisty, and with just the right amount of chill to keep you wrong-footed, The Lying Game is told in Ruth Ware’s signature suspenseful style, lending itself to becoming another unputdownable thriller from the Agatha Christie of our time.