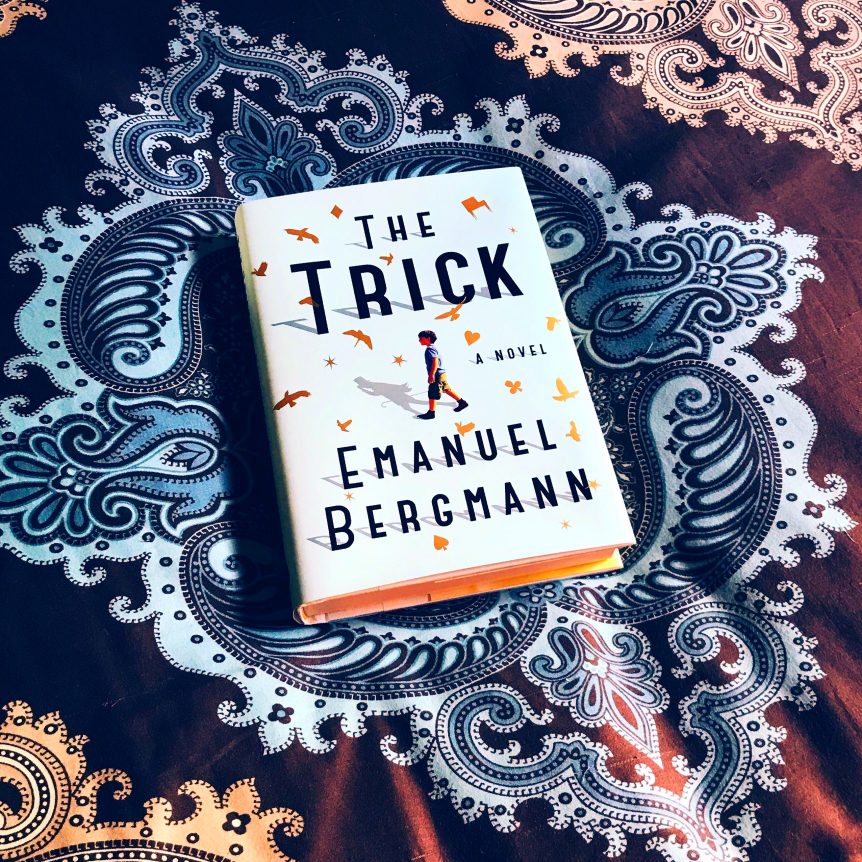 Many thanks to Atria Books for sending me this gorgeous copy! Surprise book mail is the best book mail! It looks wonderful and I cannot wait to read it!

In 1934, a rabbi’s son in Prague joins a traveling circus, becomes a magician, and rises to fame under the stage name the Great Zabbatini just as Europe descends into World War II. When Zabbatini is discovered to be a Jew, his battered trunk full of magic tricks becomes his only hope of surviving the concentration camp where he is sent.

Seven decades later in Los Angeles, ten-year-old Max finds a scratched-up LP that captured Zabbatini performing his greatest tricks. But the track in which Zabbatini performs his love spell—the spell Max believes will keep his disintegrating family together—is damaged beyond repair. Desperate for a solution, Max seeks out the now elderly, cynical magician and begs him to perform his magic on his parents. As the two develop an unlikely friendship, Moshe discovers that Max and his family have a surprising connection to the dark, dark days the Great Zabbatini experienced during the war.

Recalling the melancholy humor of Isaac Bashevis Singer and the heartbreaking pathos of the film Life is Beautiful—this outstanding first novel is at once an irreverent yet deeply moving story about a young boy who believes in magic and a disillusioned old man who believes in nothing, as well as a gripping and heartfelt tale about the circle of life.