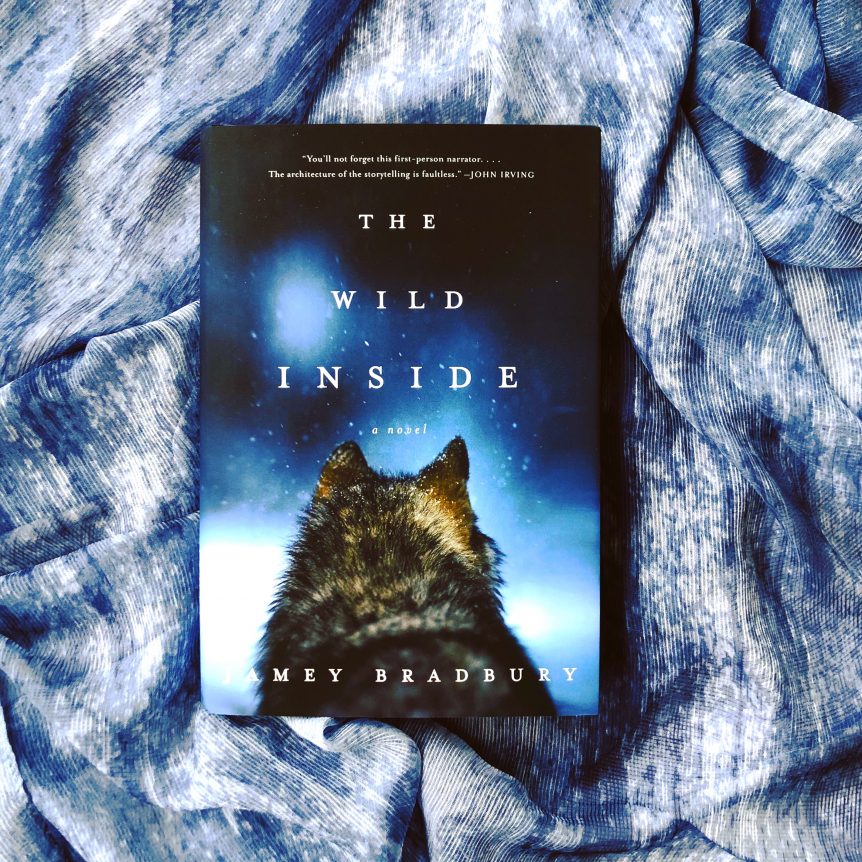 This book looks incredible! I have a soft spot for Siberian Huskies so I am obsessed with this cover! Thank you so much William Morrow for sending this lovely free copy my way!

“The Wild Inside is an unusual love story and a creepy horror novel — think of the Brontë sisters and Stephen King.” —John Irving

A promising talent makes her electrifying debut with this unforgettable novel, set in the Alaskan wilderness, that is a fusion of psychological thriller and coming-of-age tale in the vein of Jennifer McMahon, Chris Bohjalian, and Mary Kubica.

A natural born trapper and hunter raised in the Alaskan wilderness, Tracy Petrikoff spends her days tracking animals and running with her dogs in the remote forests surrounding her family’s home. Though she feels safe in this untamed land, Tracy still follows her late mother’s rules: Never Lose Sight of the House. Never Come Home with Dirty Hands. And, above all else, Never Make a Person Bleed.

But these precautions aren’t enough to protect Tracy when a stranger attacks her in the woods and knocks her unconscious. The next day, she glimpses an eerily familiar man emerge from the tree line, gravely injured from a vicious knife wound—a wound from a hunting knife similar to the one she carries in her pocket. Was this the man who attacked her and did she almost kill him? With her memories of the events jumbled, Tracy can’t be sure.

Helping her father cope with her mother’s death and prepare for the approaching Iditarod, she doesn’t have time to think about what she may have done. Then a mysterious wanderer appears, looking for a job. Tracy senses that Jesse Goodwin is hiding something, but she can’t warn her father without explaining about the attack—or why she’s kept it to herself.

It soon becomes clear that something dangerous is going on . . . the way Jesse has wormed his way into the family . . . the threatening face of the stranger in a crowd . . . the boot-prints she finds at the forest’s edge.

Her family is in trouble. Will uncovering the truth protect them—or is the threat closer than Tracy suspects?