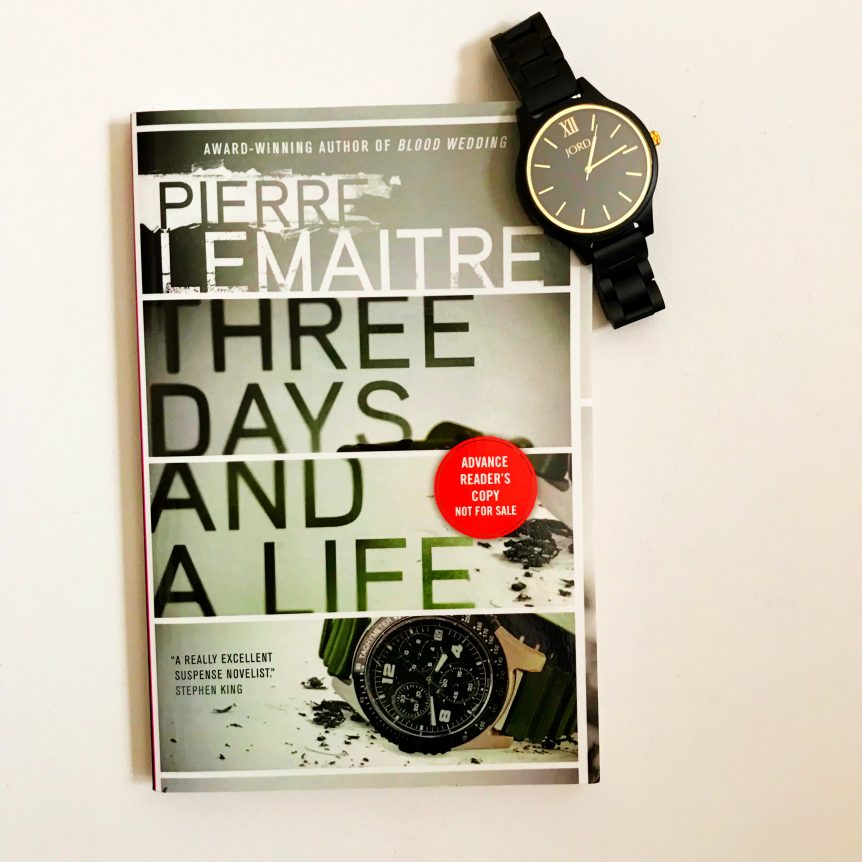 Anyone read Blood Wedding? I haven’t yet but I’m going to! Blood Wedding is very high on my to-read list! I’m doing things a bit backwards and reading Three Days and a Life by Pierre Lemaitre first. Thank you so much Tracy for sending me this copy!

In 1999, in the small provincial town of Beauval, France, twelve-year-old Antoine Courtin accidentally kills a young neighbor boy in the woods near his home. Panicked, he conceals the body and to his relief–and ongoing shame–he is never suspected of any connection to the child’s disappearance.

But the boy’s death continues to haunt him, shaping his life in unseen ways. More than a decade later, Antoine is living in Paris, now a young doctor with a fiancée and a promising future. On a rare trip home to the town he hates and fears, Antoine thoughtlessly sleeps with a beautiful young woman from his past. She shows up pregnant at his doorstep in Paris a few months later, insisting that they marry.

Meanwhile, the newly discovered body of Antoine’s childhood victim means that the case has been reopened, and all of his old fears rush back. With the gravitational pull of his hometown strengthening its grip, Antoine may finally be forced to confront his past. Is he prepared to do what he must to keep his darkest secrets buried?