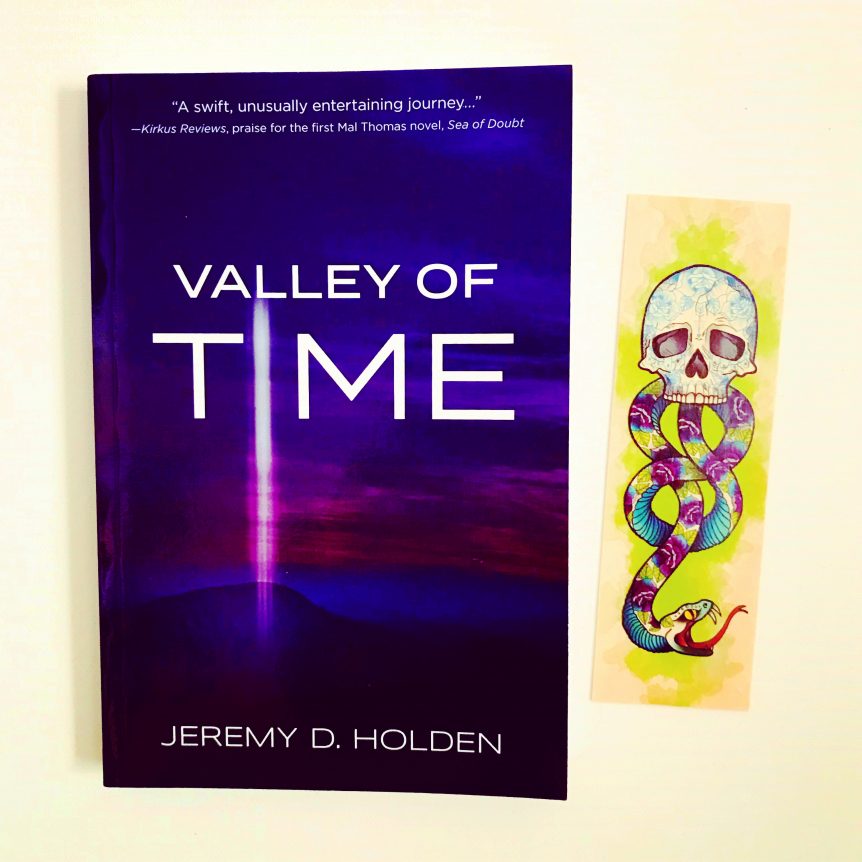 Thank you so much to the wonderful Jessica, Chandra, and Smith Publicity for sending me a copy of Valley of Time: The Greatest Journey Ever Taken by Jeremy Holden! I am very excited for this new adventure!

What if you could go back to the pivotal moment in time that shaped your life? Would you try to alter your own fate? Not that long ago, Mal Thomas escaped with his life only through a mixture of good fortune and divine intervention after he and his eclectic team were hired by the world’s most powerful industrialist to promote the alleged second coming of the Messiah. Not everyone involved was as lucky as Mal. After writing a best-selling book about his experiences – and becoming an unlikely spiritual leader along the way – Mal hopes to retreat to the tranquility of his home in the Blue Ridge Mountains. However, another enigmatic billionaire with an equally incredible proposition has other ideas. Huw Hudson, the man often described as a modern-day Howard Hughes, wants to position his company, Space Rider, as the leader in commercial space tourism. He tries to enlist Mal and his team to help promote it, with one extraordinary twist. Hudson has evidence of an alleged UFO encounter, which he thinks could damage his business plans, and he asks Mal to investigate and manage the breaking news story. Against his better judgment, Mal agrees. Crisscrossing Sao Carlos, Miami, London, and Dubai, Mal is forced to keep an unbelievable secret from the FBI and even his closest friends. As he gets pulled deeper and deeper into Hudson’s ambitious plot, he is also forced to confront his deepest fears. The wrong decision has the power to change history.

Valley of Time is the second book in Holden’s Mal Thomas novel series.