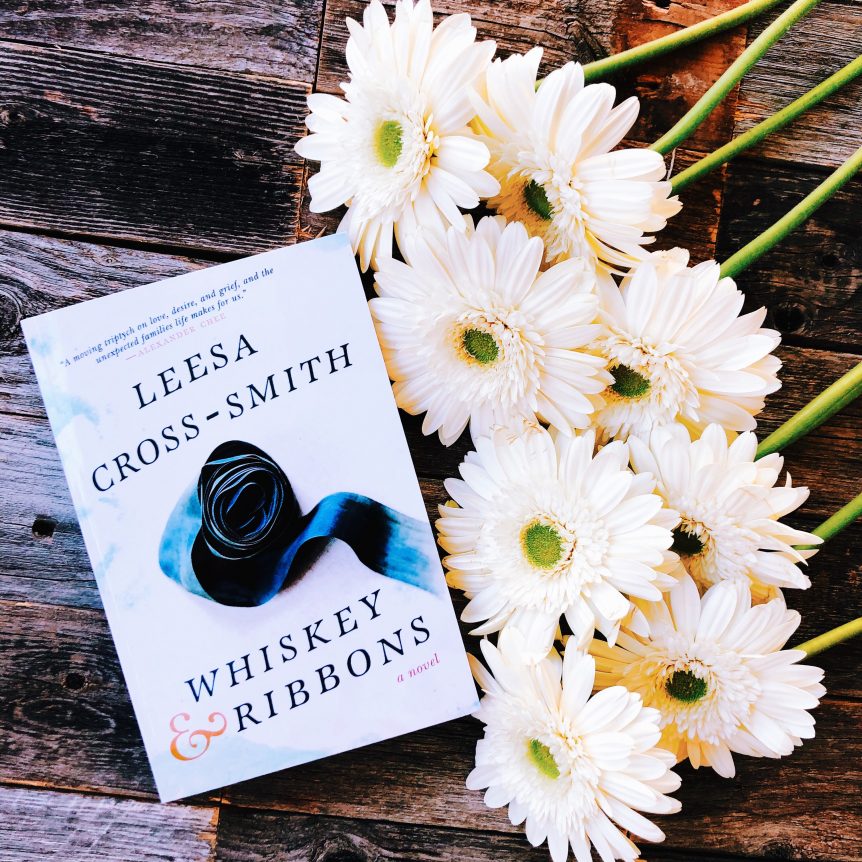 As soon as I saw this book, I knew I had to read it! Thank you so much to Hub City Press for sending me this gorgeous copy! Everything about this book sounds amazing and I just know I’m going to fall in LOVE with it!

Set in contemporary Louisville, Leesa Cross-Smith’s mesmerizing first novel surrounding the death of a police officer is a requiem for marriage, friendship and family, from an author Roxane Gay has called “a consummate storyteller.”

One of the Most Anticipated Books of 2018: Entertainment Weekly, The Millions, Electric Lit, Book Riot, BookBub, SheReads, Harper’s BAZAAR

Evi—a classically-trained ballerina—was nine months pregnant when her husband Eamon was killed in the line of duty on a steamy morning in July. Now, it is winter, and Eamon’s adopted brother Dalton has moved in to help her raise six-month-old Noah.

Whiskey & Ribbons is told in three intertwining, melodic voices: Evi in present day, as she’s snowed in with Dalton during a freak blizzard; Eamon before his murder, as he prepares for impending fatherhood and grapples with the danger of his profession; and Dalton, as he struggles to make sense of his life next to Eamon’s, and as he decides to track down the biological father he’s never known.

In the vein of Jojo Moyes’ After You, Whiskey & Ribbons explores the life that continues beyond loss, with a complicated brotherly dynamic reminiscent of Elizabeth Strout’s The Burgess Boys. It’s a meditation on grief, hope, motherhood, brotherhood and surrogate fatherhood. Above all, it’s a novel about what it means—and whether it’s possible—to heal.