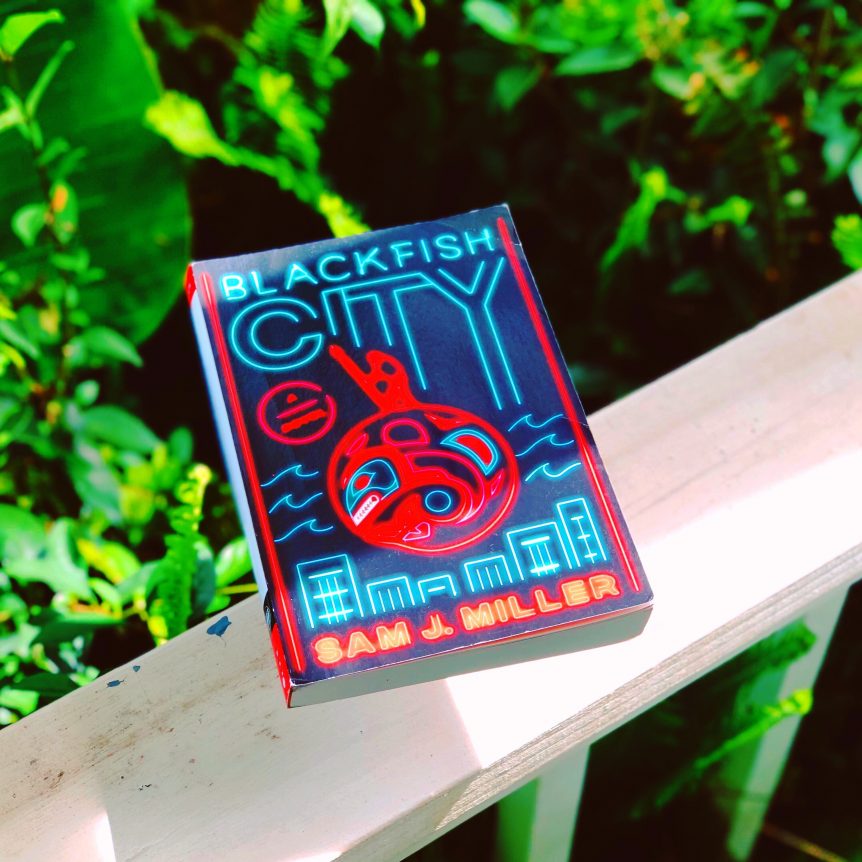 Thank you so much to Ecco Books for providing my copy – all opinions are my own.

After the climate wars, a floating city is constructed in the Arctic Circle, a remarkable feat of mechanical and social engineering, complete with geothermal heating and sustainable energy. The city’s denizens have become accustomed to a roughshod new way of living, however, the city is starting to fray along the edges—crime and corruption have set in, the contradictions of incredible wealth alongside direst poverty are spawning unrest, and a new disease called “the breaks” is ravaging the population. When a strange new visitor arrives—a woman riding an orca, with a polar bear at her side—the city is entranced. The “orcamancer,” as she’s known, very subtly brings together four people—each living on the periphery—to stage unprecedented acts of resistance. By banding together to save their city before it crumbles under the weight of its own decay, they will learn shocking truths about themselves.

Set in New York in 2140, climate wars have left the planet decimated by either floods or fire, threatening the world’s habitat. In response, a floating city with advanced technology, geothermal heating, and sustainable energy has been built above the Arctic Circle. But this is no utopia; crime, corruption, and disease plagues the lower class population of the city. So when a strange woman arrives, riding an orca with a polar bear by her side, it leaves the city spellbound, and that’s when things really start to take off.

This is a very slow moving, although imaginative story with tremendous detail. I loved being sucked into this alternative, science fiction, dystopian, fantasy world. We follow multiple characters, each with their own perspective, but with interrelated storylines. Each character’s story is captivating and sharply written.

Even though the novel starts out a bit slow, stick with it, because it’s worth a read. I really enjoyed the mosaic writing style and how every piece came together. The character development is outstanding and the scientific details alone in this book are incredible. The devastating disease, known as “the breaks” is fantastically terrifying and brilliantly written! I absolutely LOVE the concept of humans bonding to “non-human entities”, otherwise known as animals…SO GOOD.