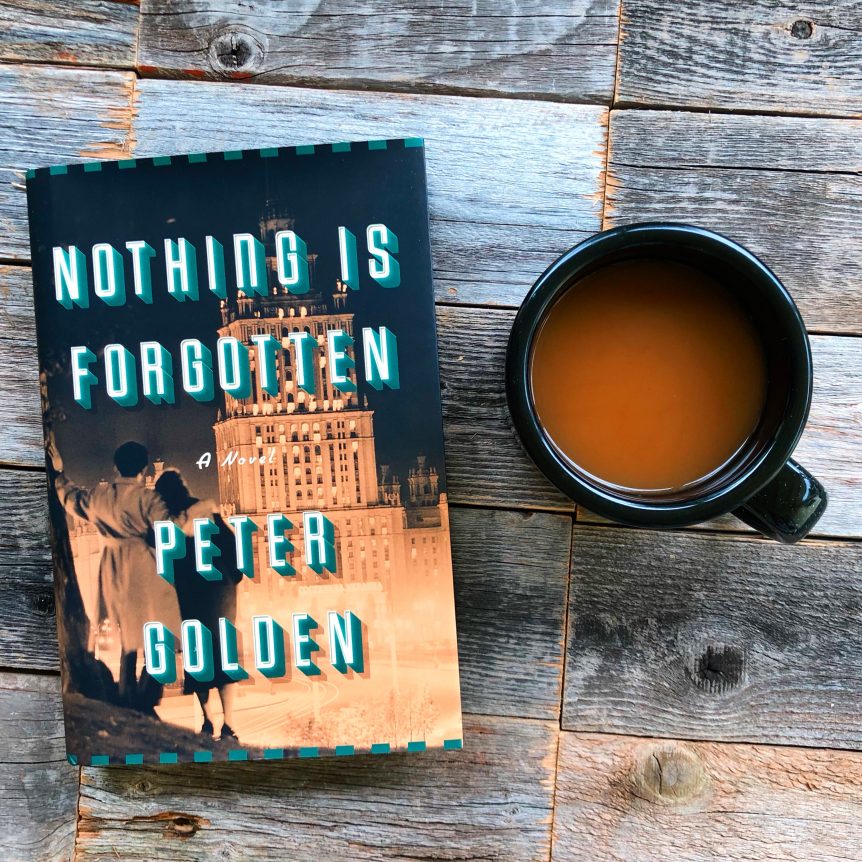 Thank you so much to TLC Book Tours and Atria Books for providing my free copy! This book looks incredible! The Washington Post says this novel is Golden’s signature “vivid characters and strong storytelling” and I love reading historical fiction!

In 1950s New Jersey, Michael Daniels launches a radio show in the storage room of his Russian-Jewish grandmother’s candy store. Not only does the show become a local hit because of his running satires of USSR leader Nikita Khrushchev, but half a world away, it picks up listeners in a small Soviet city.

There, with rock and roll leaking in through bootlegged airwaves, Yulianna Kosoy—a war orphan in her mid-twenties—is sneaking American goods into the country with her boss, Der Schmuggler. But just as Michael’s radio show is taking off, his grandmother is murdered in the candy store. Why anyone would commit such an atrocity against such a warm, affable woman is anyone’s guess. But she had always been secretive about her past and, as Michael discovers, guarded a shadowy ancestral history. In order to solve the mystery of who killed her, Michael sets out to Europe to learn where he—and his grandmother—really came from.