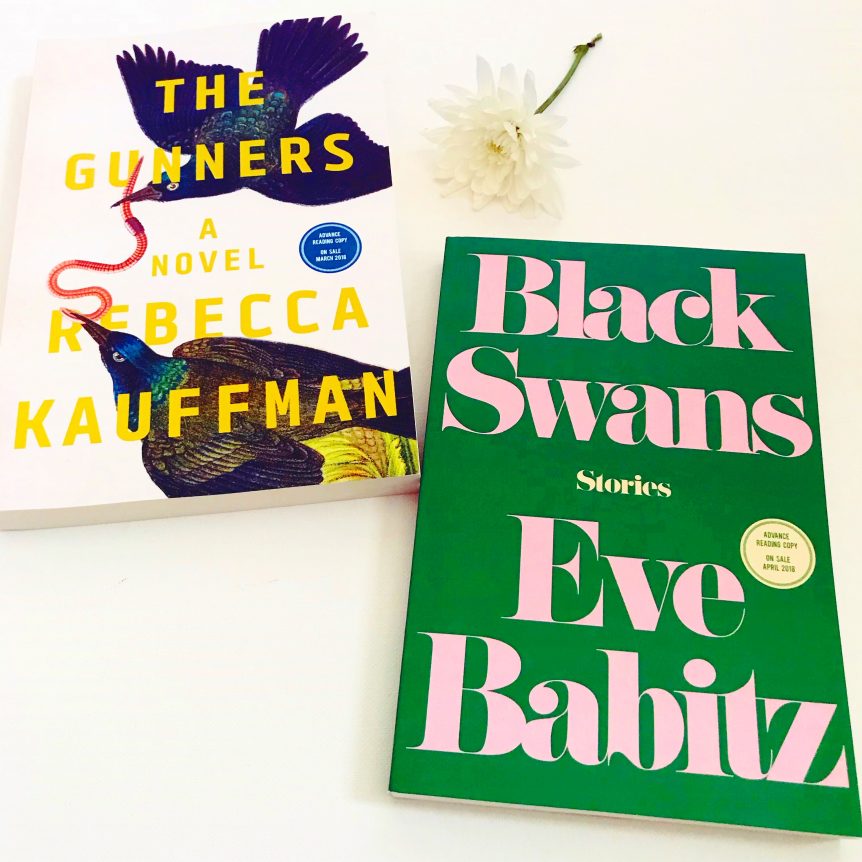 Hello gorgeous covers!! They are both so beautiful and sound amazing!! Thank you to the kind and generous Counterpoint Press for sending me these free advance copies! I’ve already read one of them and loved it so much! I will post both reviews closer to the publication date, so stay turned! I will list the book descriptions below.

THE GUNNERS by Rebecca Kauffman –

Following her wonderfully received first novel, Another Place You’ve Never Been, called “mesmerizing,” “powerful,” and “gorgeous,” by critics all over the country, Rebecca Kauffman returns with Mikey Callahan, a thirty-year-old who is suffering from the clouded vision of macular degeneration. He struggles to establish human connections―even his emotional life is a blur.

A new reissue of Babitz’s collection of nine stories that look back on the 1980s and early 1990s―decades of dreams, drink, and glimpses of a changing world. Black Swans further celebrates the phenomenon of Eve Babitz, cementing her reputation as the voice of a generation.