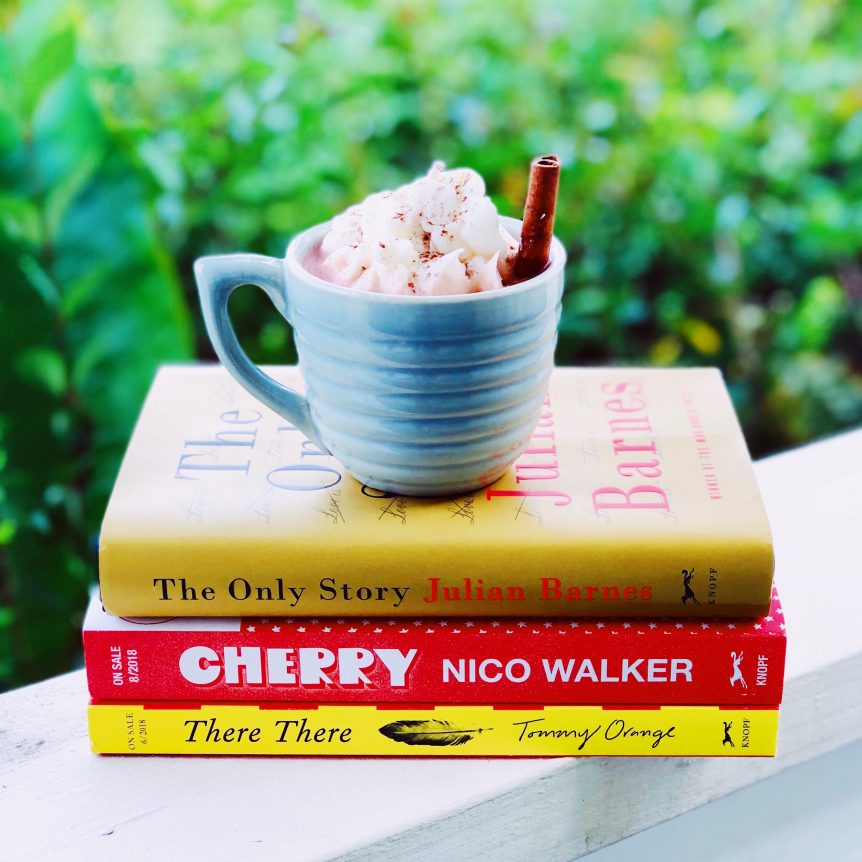 Thank you so much to Knopf Publishing for these wonderful books! I cannot wait to read them! I will leave the synopses for each below.

THE ONLY STORY: One summer in the sixties, in a staid suburb south of London, Paul comes home from university, aged nineteen, and is urged by his mother to join the tennis club. In the mixed-doubles tournament he’s partnered with Susan Macleod, a fine player who’s forty-eight, confident, ironic, and married, with two nearly adult daughters. She is also a warm companion, their bond immediate. And they soon, inevitably, are lovers. Clinging to each other as though their lives depend on it, they then set up house in London to escape his parents and the abusive Mr. Mcleod. Decades later, Paul looks back at how they fell in love, how he freed Susan from a sterile marriage, and how–gradually, relentlessly–everything fell apart, and he found himself struggling to understand the intricacy and depth of the human heart. It’s a piercing account of helpless devotion, and of how memory can confound us and fail us and surprise us (sometimes all at once), of how, as Paul puts it, “first love fixes a life forever.”

THERE THERE: A relentlessly paced multigenerational story about violence and recovery, memory and identity, and the beauty and despair woven into the history of a nation and its people. It tells the story of twelve characters, each of whom have private reasons for traveling to the Big Oakland Powwow. Jacquie Red Feather is newly sober and trying to make it back to the family she left behind in shame. Dene Oxendene is pulling his life back together after his uncle’s death and has come to work at the powwow to honor his uncle’s memory. Opal Viola Victoria Bear Shield has come to watch her nephew Orvil, who has taught himself traditional Indian dance through YouTube videos and has come to the powwow to dance in public for the very first time. There will be glorious communion, and a spectacle of sacred tradition and pageantry. And there will be sacrifice, and heroism, and unspeakable loss.

CHERRY: Cleveland, 2003. A young man is just a college freshman when he meets Emily. They share a passion for Edward Albee and Ecstasy and fall hard and fast in love. But soon Emily has to move home to Elba, New York and he flunks out of school and joins the Army. Desperate to keep their relationship alive, they marry before he ships out to Iraq. But as an Army medic, he is unprepared for the grisly reality that awaits him. His fellow soldiers smoke; they huff computer duster; they take painkillers; they watch porn. And many of them die. He and Emily try to make their long-distance marriage work, but when he returns from Iraq, his PTSD is profound, and the drugs on the street have changed. The opioid crisis is beginning to swallow up the Midwest. Soon he is hooked on heroin, and so is Emily. They attempt a normal life, but with their money drying up, he turns to the one thing he thinks he could be really good at–robbing banks.