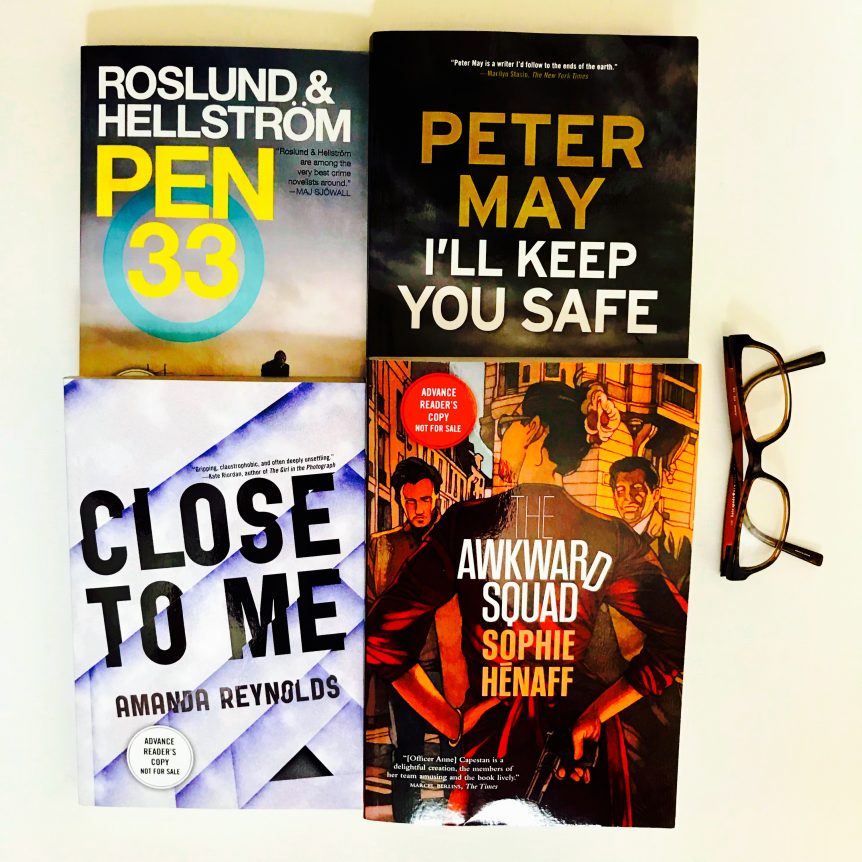 It’s always a great day when you get #BOOKMAIL – Thank you SO much to Quercus – These books look FANTASTIC!!

Check out the book descriptions:

Through these two men’s actions, DCI Ewert Grens is about to encounter the most profoundly sickening and impossibly sensitive case in his career, and perhaps in Stockholm’s history.

Pen 33 is an unforgiving collision between a time-hardened policeman and a truly heinous crime, and an unflinching exploration of what people–both criminals or victims–are capable of when they choose to relinquish self-control.

Jo Harding can’t remember the last year of her life. And her husband wants to keep it that way.

When Jo falls down the stairs at home, she wakes up in the hospital with partial amnesia. In fact, she finds that she’s lost an entire year of memories, and she can’t remember anything that happened the night she fell. Her husband and her two children assure her that everything’s fine, but Jo’s family seems to have gone through a lot of dramatic changes in the past year, and she can’t let go of the suspicion that there’s more they’re keeping from her.

As she pieces together the details of the past twelve months, it becomes more and more clear that her family wants her to stay in the dark–but why? Jo begins to wonder if she hasn’t been as good a wife and mother as she might have hoped . . .

Friends since childhood, and lovers and business partners as adults, Niamh and Ruairidh are owners of a small Hebridean company, Ranish Tweed, that weaves its own very special version of Harris Tweed. Although it’s a small company, their fabrics have become internationally sought-after as a niche brand in the world of fashion and haute couture.

But the threads of their relationship are beginning to fray. As they prepare for an important showing at the Première Vision fabric fair, held in Paris every year, Niamh accuses Ruairidh of having an affair with Irina, a Russian fashion designer they work with–a fight that ends with Ruairidh storming off and getting into Irina’s car. Moments later, Niamh watches in horror as the car containing her life partner explodes in a ball of flame.

With Niamh a prime suspect in the murder, the Parisian police hound her even after she returns to Harris to bury the pitiful remains of her lover and business partner. Amid the grief and struggles that follow, she begins to suspect that things are not what they seem; and when there is an attempt on her life, she becomes convinced that what looked like a terrorist attack on her lover might be something more personal by far . . .

Suspended from her job as a promising police officer for firing “one bullet too many”, Anne Capestan is expecting the worst when she is summoned to H.Q. to learn her fate. Instead, she is surprised to be told that she is to head up a new police squad, working on solving old cold cases.

Though relieved to still have a job, Capestan is not overjoyed by the prospect of her new role. Even less so when she meets her new team: a crowd of misfits, troublemakers and problem cases, none of whom are fit for purpose and yet none of whom can be fired.

But from this inauspicious start, investigating the cold cases throws up a number of strange mysteries for Capestan and her team: was the old lady murdered seven years ago really just the victim of a botched robbery? Who was behind the dead sailor discovered in the Seine with three gunshot wounds? And why does there seem to be a curious link with a ferry that was shipwrecked off the Florida coast many years previously?

Translated from the French by Sam Gordon

I’m VERY excited to read all of these!!