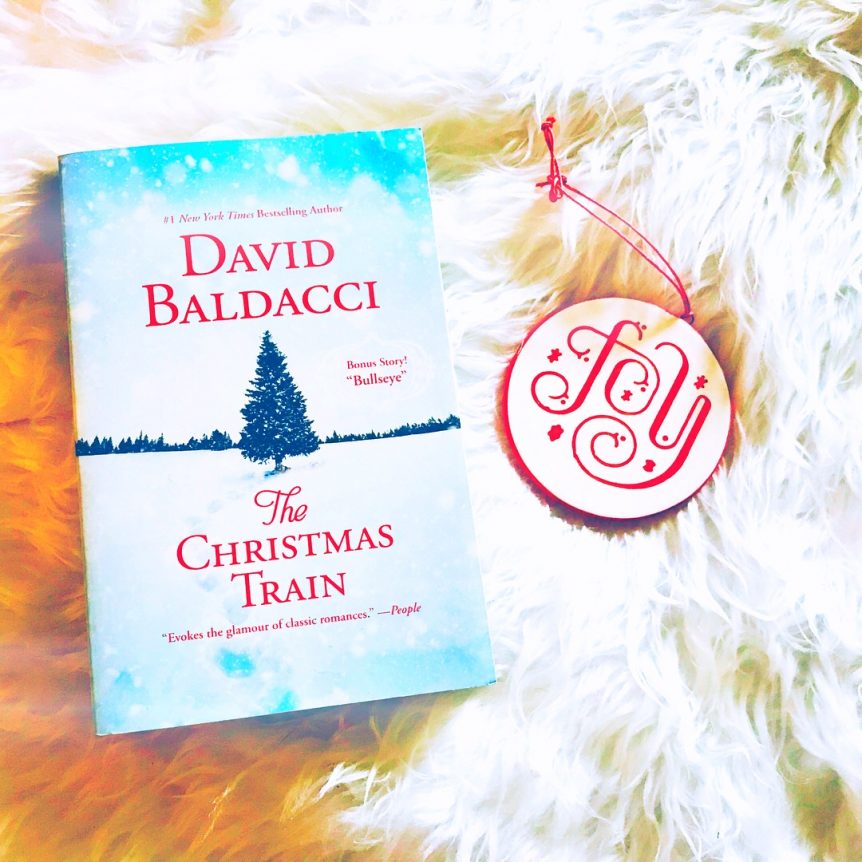 Thank you so much to Grand Central Publishing for sending me a copy of THE CHRISTMAS TRAIN by David Baldacci! I’ve heard nothing but great things about this book AND not only is it signed by the author, but also the movie cast! Can you guess the signatures? (hint… Danny Glover, Joan Cusack, Dermot Mulroney, and Kimberly Williams-Paisley)

One of America’s most critically acclaimed storytellers, David Baldacci has enthralled millions with his popular novels. Showcasing his remarkable versatility, Baldacci gift-wraps a beloved holiday classic…

Disillusioned journalist Tom Langdon must get from Washington, D.C., to L.A. in time for Christmas. Forced to travel by train, he begins a journey of rude awakenings, thrilling adventures, and holiday magic. He has no idea that the locomotives pulling him across America will actually take him into the rugged terrain of his own heart, as he rediscovers people’s essential goodness and someone very special he believed he had lost.

David Baldacci’s THE CHRISTMAS TRAIN is filled with memorable characters who have packed their bags with as much wisdom as mischief…and shows how we do get second chances to fulfill our deepest hopes and dreams, especially during this season of miracles. 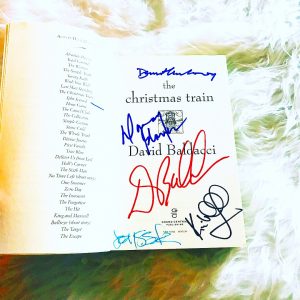