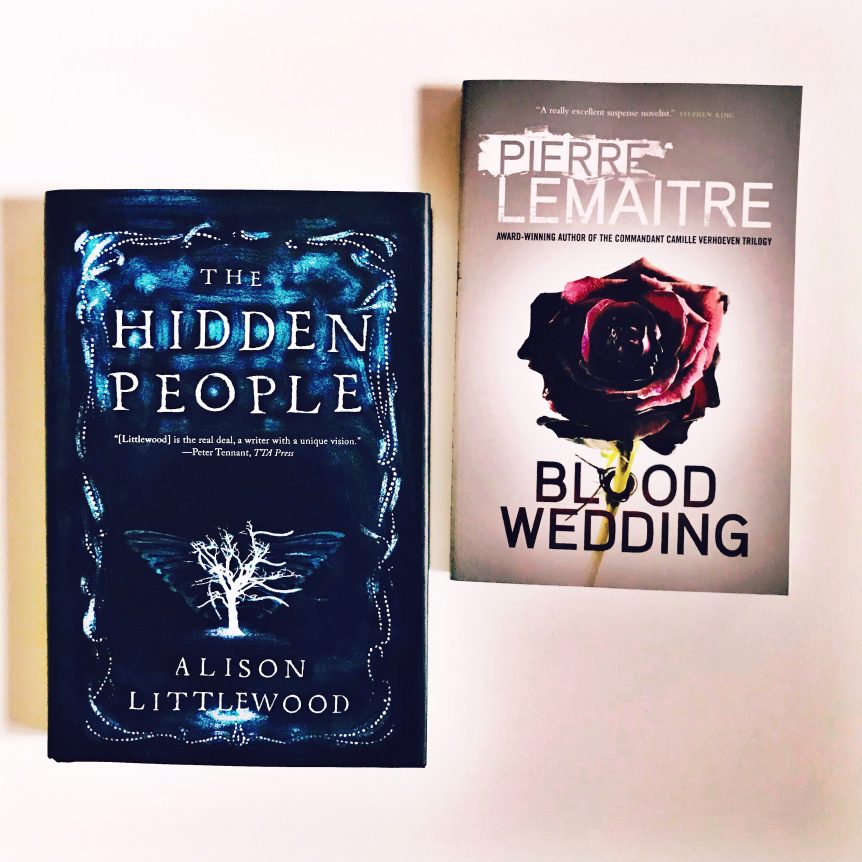 Oh my goodness, these covers are gorgeous!! Quercus really knows how to make a beautiful cover! Guess what? I read Blood Wedding and it was incredible. Keep your eyes peeled for an upcoming review. Thank you so much to the wonderful and generous Quercus for sending me these free copies! I will leave the synopses below.

Sophie Duguet–young, successful, and happily married–thought at first she was becoming absentminded when she started misplacing her mail and forgetting where she’d parked her car the night before. But then, as her husband and colleagues pointed out with increasing frustration, she began forgetting things she’d said and done, too. And when she was detained by the police for shoplifting, a crime she didn’t remember committing, the confusion and blackouts that had begun to plague her took on a more sinister cast. Her marriage started to come apart at the seams.

Now Sophie is in much deeper water: the young boy she nannies is dead while in her care, a tragedy of which she has no memory. Afraid for her sanity and of what the police will do to her when the body is discovered, Sophie goes on the run, changing her identity and appearance to evade the law. Forced to lead a very different kind of life, one on the margins of society, Sophie wonders where everything went wrong.

Still, with a new name and a new life, she hopes that she’ll be able to put her demons to rest for good. It soon becomes clear, however, that the real nightmare has only just begun . . .

THE HIDDEN PEOPLE by Alison Littlewood –

In 1851, within the grand glass arches of London’s Crystal Palace, Albie Mirralls meets his cousin Lizzie for the first–and, as it turns out, last–time. His cousin is from a backward rural village, and Albie expects she will be a simple country girl, but instead he is struck by her inner beauty and by her lovely singing voice, which is beautiful beyond all reckoning. When next he hears of her, many years later, it is to hear news of her death at the hands of her husband, the village shoemaker.

Unable to countenance the rumors that surround his younger cousin’s murder–apparently, her husband thought she had been replaced by one of the “fair folk” and so burned her alive–Albie becomes obsessed with bringing his young cousin’s murderer to justice. With his father’s blessing, as well as that of his young wife, Albie heads to the village of Halfoak to investigate his cousin’s murder. When he arrives, he finds a community in the grip of superstition, nearly every member of which believes Lizzie’s husband acted with the best of intentions and in the service of the village.

There, Albie begins to look into Lizzie’s death and to search for her murderous husband, who has disappeared. But in a village where the rationalism and rule of science of the Industrial Revolution seem to have found little purchase, the answers to the question of what happened to Lizzie and why prove elusive. And the more he learns, the less sure he is that there aren’t mysterious powers at work.