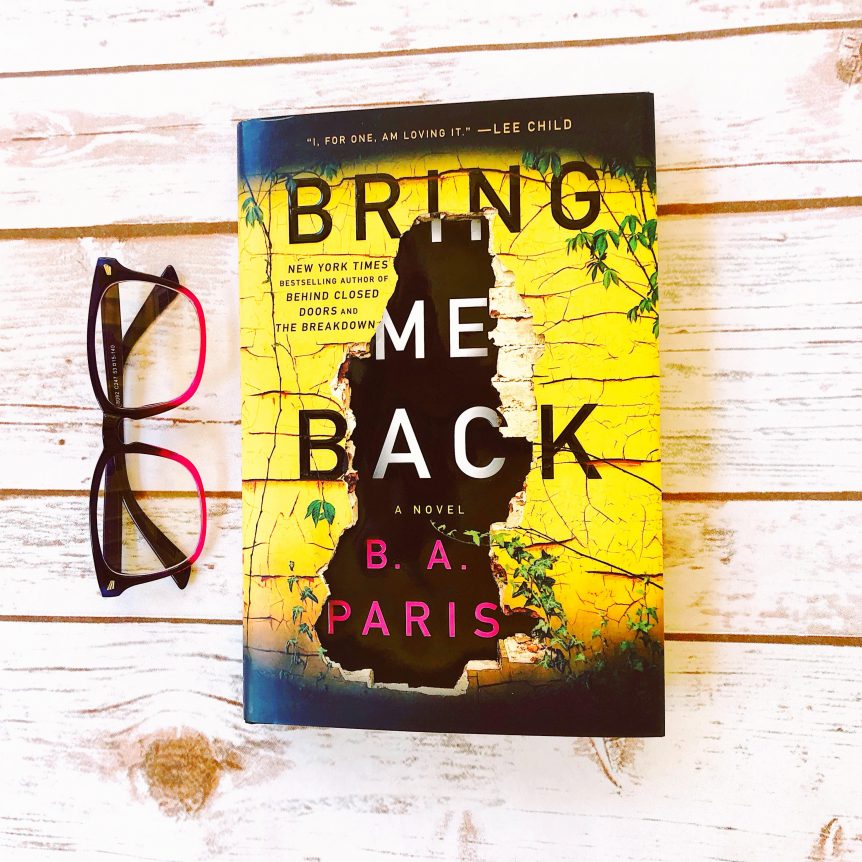 Thank you so much St Martin’s Press for my free copy – all opinions are my own.

Finn and Layla are young, in love, and on vacation. They’re driving along the highway when Finn decides to stop at a service station to use the restroom. He hops out of the car, locks the doors behind him, and goes inside. When he returns Layla is gone―never to be seen again. That is the story Finn told to the police. But it is not the whole story. Ten years later Finn is engaged to Layla’s sister, Ellen. Their shared grief over what happened to Layla drew them close and now they intend to remain together. Still, there’s something about Ellen that Finn has never fully understood. His heart wants to believe that she is the one for him…even though a sixth sense tells him not to trust her. Then, not long before he and Ellen are to be married, Finn gets a phone call. Someone from his past has seen Layla―hiding in plain sight. There are other odd occurrences: Long-lost items from Layla’s past that keep turning up around Finn and Ellen’s house. Emails from strangers who seem to know too much. Secret messages, clues, warnings. If Layla is alive―and on Finn’s trail―what does she want? And how much does she know?

This is the first novel I’ve read by Paris and WOW. I’ll start off by saying I read this book in one sitting. The storyline is gripping and there is a good level of suspense, with short chapters and alternating perspectives. The short chapters are genius and BRING ME BACK is pure entertainment!

Layla Gray disappeared while on vacation in France with her boyfriend, Finn McQuaid. Finn was eventually cleared as a suspect and returned home. Twelve years later, Finn is engaged to Ellen, who happens to be Layla’s sister. One day, Ellen finds a Russian nesting doll outside their home. The only people who know the story behind these dolls are Layla, Ellen, and Finn. Combine that with creepy, sinister emails and we are left wondering “Is Layla alive?” Finn is doing well and is happy, but is his past coming back to haunt him?

I love Paris’ writing style and thought Finn’s narrative was brilliant. Ellen was more of a prop than a character and being such a short book, there wasn’t too much to the overall character development, but that didn’t take away from my reading experience. Basically, I love a thriller that reads super-fast with an unreliable narrator and a fun twist at the end…no matter how far-fetched. And the Russian nesting dolls are a nice touch! I am officially a fan of B.A. Paris – now excuse me while I go buy BEHIND CLOSED DOORS.