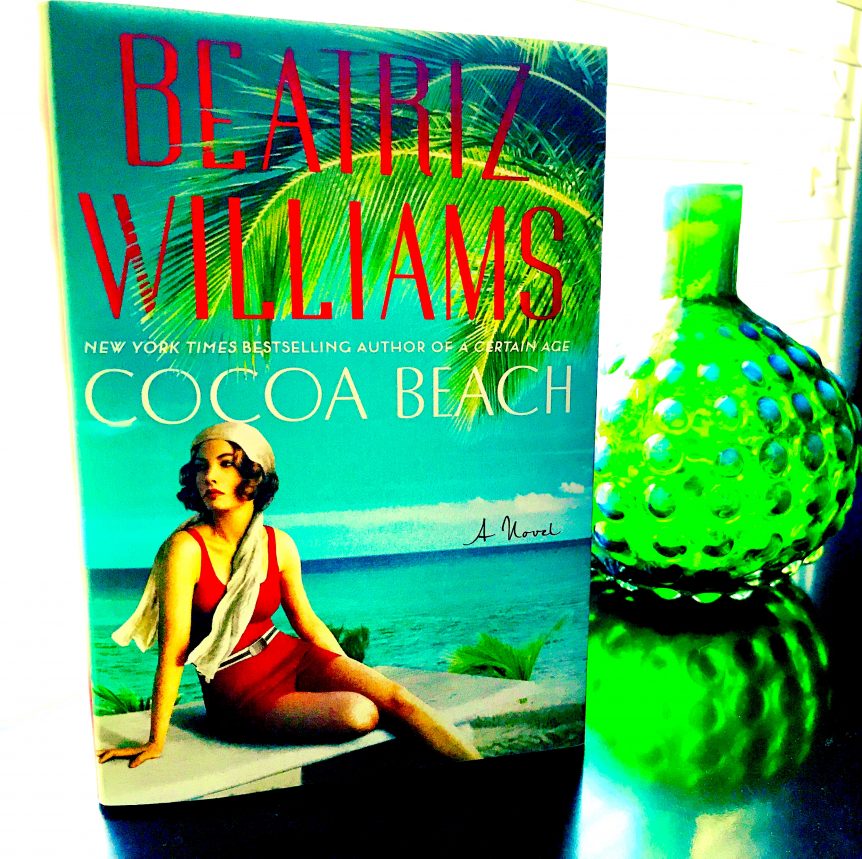 This was the inaugural pick for the Salt Water Reads Book Club back in July and it was the PERFECT choice!

Burdened by a dark family secret, Virginia flees her oppressive home in New York City for the battlefields of World War I in France. She becomes an ambulance driver for the Red Cross and meets a charismatic British army surgeon called Captain Simon Fitzwilliam, whose persistent charm opens her heart to the possibility of love. As the war rages, Virginia has an affair with Simon, only to discover that his past has its own dark secrets. After his death, five years later, in the early days of Prohibition, the newly widowed Virginia Fitzwilliam arrives in the tropical boomtown of Cocoa Beach, Florida, to settle her husband’s estate. Simon’s brother and sister welcome her with open arms and introduce her to a dazzling new world of citrus groves, white beaches, and bootleggers. But the more Virginia learns about Simon, the more she fears that the dangers that surrounded him now threaten her and their daughter’s life as well.

“I learned that you could imagine anything you wanted, that the space inside your head belonged only to you. Furnished and decorated and inhabited only by you, so that your insides teemed and seethed while your outward aspect remained serene.”

Let me just say I have never read a Beatriz Williams book before and I am SO happy I finally did! I LOVED it! It combines two of my favorite genres: historical fiction and mystery. The writing style is compelling and I love the alternating chapters between Virginia’s time in France and her time in Cocoa Beach. I found myself flipping through the pages trying to find out what happened to Simon. These are complex characters that kept building until the very end! The VIVID descriptions of the place and time transported me there. I could see every facet perfectly clear. Every character, every setting, it was IDYLLIC.

The ending did confuse me a bit but thanks to the Salt Water Reads discussion, the author provided some clarity which led me to purchase
THE WICKED CITY and A CERTAIN AGE – both prequels to COCOA BEACH. Yes, you can read this as a stand alone novel but I was so engrossed in this story that I had to tie up some loose ends and buy these books. I am officially a fan of Beatriz Williams. And yes #BeatrizBinge is absolutely a thing!!

One last thing, there is something really interesting written in the Author’s Note at the end of the book about the Maitland Plantation. I suggest you check it out when you finish the book. It’s details like this that make me LOVE the novel that much more!