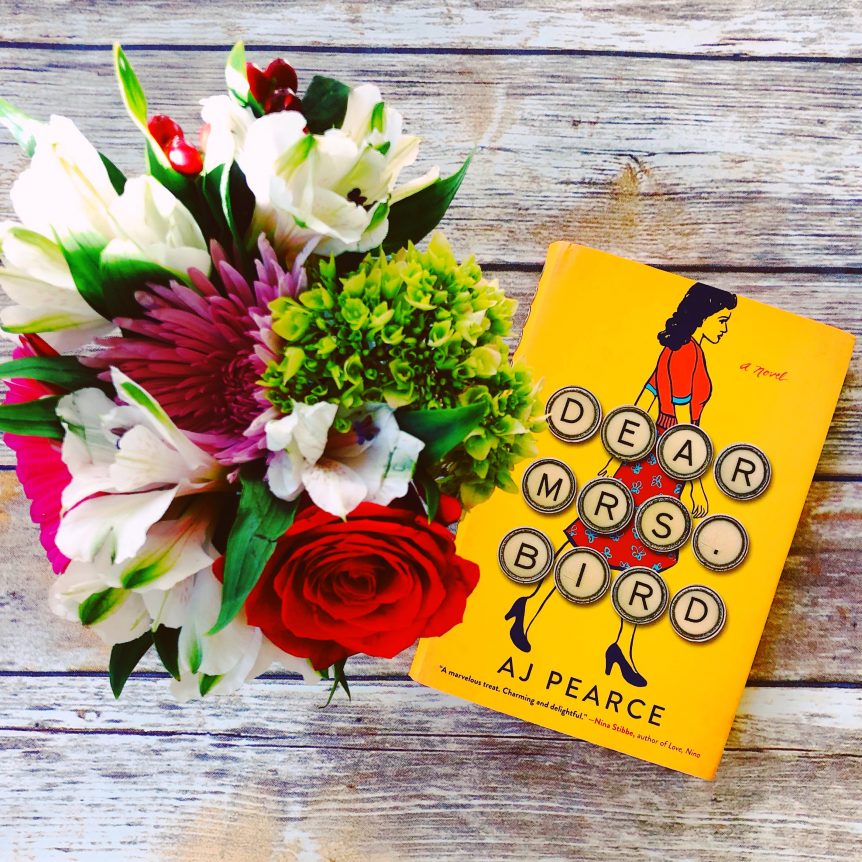 Many thanks to Scribner Books for providing my free copy – all opinions are my own.

London, 1940. Emmeline Lake is Doing Her Bit for the war effort, volunteering as a telephone operator with the Auxiliary Fire Services. When Emmy sees an advertisement for a job at the London Evening Chronicle, her dreams of becoming a Lady War Correspondent suddenly seem achievable. But the job turns out to be working as a typist for the fierce and renowned advice columnist, Henrietta Bird. Emmy is disappointed, but gamely bucks up and buckles down. Mrs. Bird is very clear: letters containing any Unpleasantness must go straight in the bin. But when Emmy reads poignant notes from women who may have Gone Too Far with the wrong men, or who can’t bear to let their children be evacuated, she is unable to resist responding. As the German planes make their nightly raids, and London picks up the smoldering pieces each morning, Emmy secretly begins to write back to the readers who have poured out their troubles.

I’m absolutely in love with this debut! Set in London, England during the World War II era, Emmeline Lake wants nothing more than to become a lady wartime correspondent. She lives in a flat with her best friend Bunty and works answering phones at the fire brigade. She lands an interview at the London Evening Chronicle, but ends up working in the same building at the Women’s Friend magazine. Her job is to screen letters for her boss, Mrs. Henrietta Bird. She is supposed to choose the appropriate letters that “Henrietta Helps” is likely to answer, but Emmy starts to feel troubled by all of the letters that go unanswered and starts to secretly respond herself.

Emmy is such a wonderfully innocent character that I adored. I enjoyed her can-do attitude and resilience during such a troubling time. Emmy’s cheery optimism, humor, and cleverness are something to be admired. This is not the lighthearted read you’d expect by looking at this charming cover; it’s thought-provoking and at times emotional, as the descriptions of war torn London are vivid and balance the book with a darker tone. I really loved the plot of this one – the fact that Emmy takes the “unacceptable” discard pile full of grief-stricken, lovelorn, broken marriages, and politics filled letters and decides to help. I love Pearce’s writing style and how expertly she’s able to transport us to a specific time and place. DEAR MRS. BIRD is a lovely, evocative, and heartwarming story that I’m grateful I got to read.