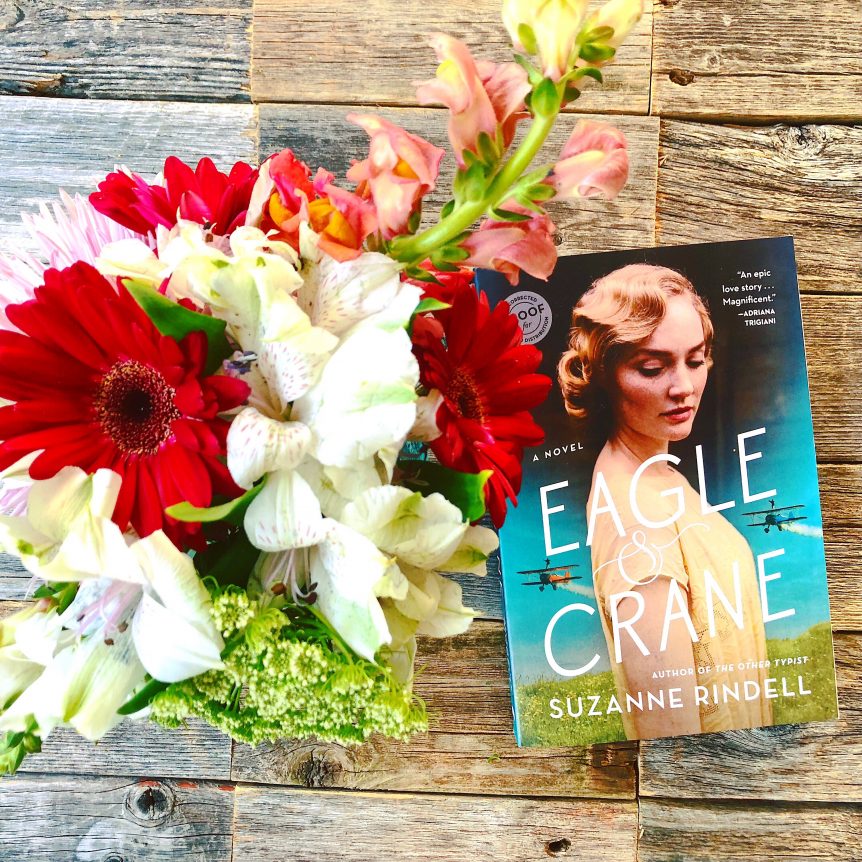 Many thanks to Putnam Books for providing my free copy – all opinions are my own.

Louis Thorn and Haruto “Harry” Yamada — Eagle and Crane — are the star attractions of Earl Shaw’s Flying Circus, a daredevil (and not exactly legal) flying act that traverses Depression-era California. The young men have a complicated relationship, thanks to the Thorn family’s belief that the Yamadas — Japanese immigrants — stole land that should have stayed in the Thorn family. When Louis and Harry become aerial stuntmen, performing death-defying tricks high above audiences, they’re both drawn to Shaw’s smart and appealing stepdaughter, Ava Brooks. When the Japanese bomb Pearl Harbor and one of Shaw’s planes mysteriously crashes and two charred bodies are discovered in it, authorities conclude that the victims were Harry and his father, Kenichi, who had escaped from a Japanese internment camp they had been sent to by the federal government. To the local sheriff, the situation is open and shut. But to the lone FBI agent assigned to the case, the details don’t add up.

A few years back I read THE OTHER TYPIST and as it turned out to be one of my all-time favorite books, so I was over the moon when I received a copy of Rindell’s new novel. The story takes place during WWII, mostly in California over the course of several years. Louis Thorn and Haruto “Harry” Yamada are daredevil flight partners (Eagle & Crane) at the Earl Shaw’s Flying Circus. The two men have known each other a long time and their families are neighboring farmers. Their relationship is a complicated one and to make matters worse they are smitten for the same woman, their boss’ step-daughter, Ava Brooks. The novel starts off with a bang – literally a plane crash – and at this point you backtrack to find out what happened.

The first thing I love about this gorgeous book is the very strong character development. Louis, Harry, and Ava are very well thought-out characters; they shine and come to life on the pages. Their story is compelling and I was completely intrigued by the love triangle, and the backstory behind each family. I admire that the author delves deeply into the effects of war on the Japanese Americans, including the internment camps, both before and after the attack on Pearl Harbor. It’s an incredibly tragic part of history that doesn’t get talked about enough. The chapters alternate between the main characters which just keeps you compulsively flipping the pages and the historical details are well-researched. Between an escape from an internment camp, a plane clash, and an FBI investigation, there is a fantastic amount of mystery to this story. I’m not even kidding when I say EAGLE & CRANE has a little bit of everything. If you are looking for a different perspective, a sense of adventure, mystery, intrigue, and a story about family, then this is the book for you. Needless to say, I loved it!