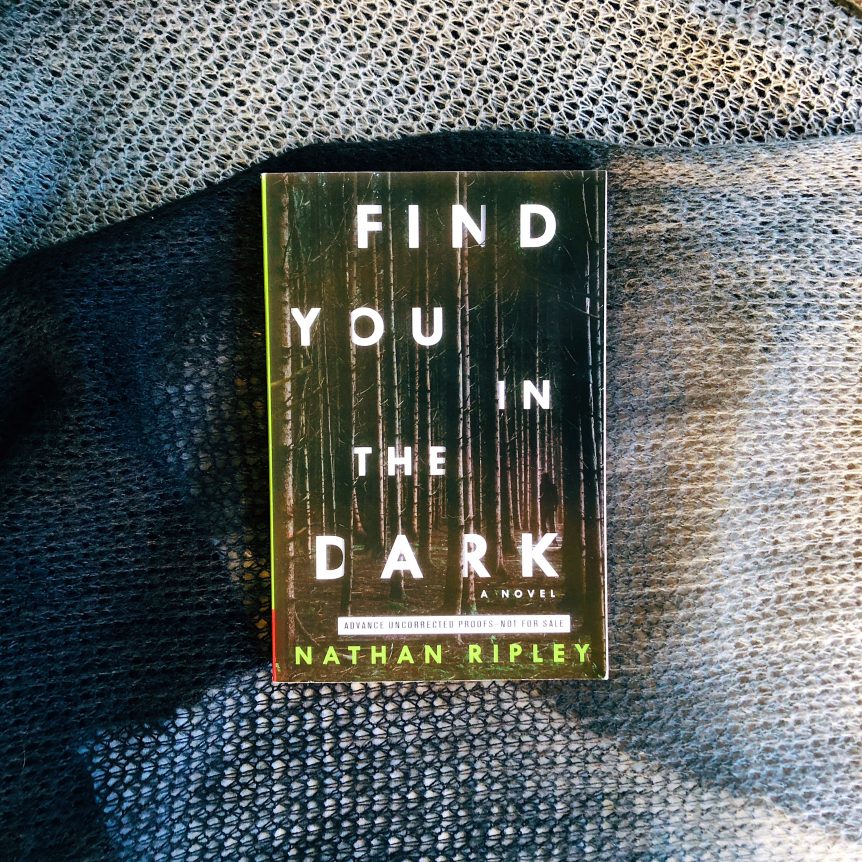 Thanks so much to Atria Books for providing my copy – all opinions are my own.

For years, unbeknownst to his wife and teenage daughter, Martin Reese has been illegally buying police files on serial killers and obsessively studying them, using them as guides to find the missing bodies of victims. He doesn’t take any souvenirs, just photos that he stores in an old laptop, and then he turns in the results anonymously. Martin sees his work as a public service, a righting of wrongs. Detective Sandra Whittal sees the situation differently. On a meteoric rise in police ranks due to her case‑closing efficiency, Whittal is suspicious of the mysterious source she calls the Finder, especially since he keeps leading the police right to the bodies. Even if he isn’t the one leaving bodies behind, how can she be sure he won’t start soon? On his latest dig, Martin searches for the first kill of Jason Shurn, the early 1990s murderer who may have been responsible for the disappearance of his wife’s sister. But when he arrives at the site, he finds more than just bones. There’s a freshly killed body—a young and missing Seattle woman—lying among remains that were left there decades ago. Someone else knew where Jason Shurn left the corpses of his victims…and that someone isn’t happy that Martin has been going around digging up his work. And when a crooked cop with a tenuous tie to Martin vanishes, Whittal begins to zero in on the Finder. Hunted by a real killer and by Whittal, Martin realizes that in order to escape, he may have to go deeper into the killer’s dark world than he ever thought…

I am an adoring fan of the serial killer thriller. This reads more like a slow burn, but I really enjoy the premise and originality. The story centers around Martin Reese, a retired technology executive and family man who wants to do good in the world, but has an interesting secret. He’s an obsessive vigilante of sorts. He illegally purchases police files on serial killers in order track and unbury the bodies of missing murder victims. After he locates each body, he alerts the police to their whereabouts while taunting them in the process. Just a bit strange, right??

Ripley is a fantastic writer! I know that some might see this as slow, but I thought it was rich with detail. The atmosphere and general creepiness is at the perfect level of intensity. I had no idea what was going to happen next and nothing was predictable. Martin is an intriguing and complex character and I love that you never knew what to make of him. Ripley wrote an intricate story complete with interesting characters that read a bit like literary fiction. It took me a little time and patience to read to the end, but I was engaged the entire time. If you’re looking for a character-driven, intelligent thriller with a unique concept, then this one is for you.