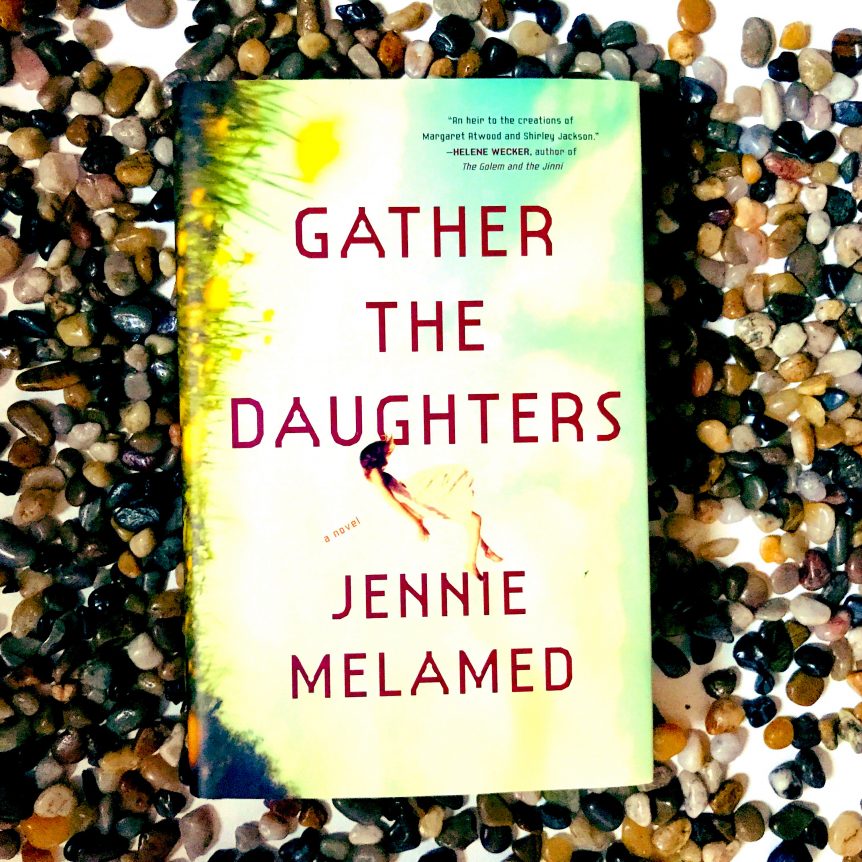 This was the August selection for Instagram’s Salt Water Reads Book Club. It turned out to be one of my favorite books thus far in 2017!

Many years ago, a group of ten families are forced to flee their home and colonize a remote island, separated from the rest of the world. The male leaders of these original families are known as the ancestors and all families that follow are told to follow the rules and scripture from “Our Book”. These are authoritarian commandments that enforce ancestor worship, controlled breeding, and the strict rationing of knowledge and history. As soon as they are able, the daughters of these men are forced to participate in a ritualistic season called the Summer of Fruition, which drags them from adolescence to matrimony. When the daughters grow weary of these rules, they try to take matters into their own hands, and discover the mysteries of the island and the wasteland that lies beyond.

“Let pain pass through your mind like water, she tells herself firmly, her eyes flickering closed. Let it fall away like a dream.”

I’m a HUGE fan of dystopia and cult narratives so this is right in my wheelhouse. I cannot believe this is a debut novel! It’s dark, disturbing, compelling, interesting, and thought-provoking.

This beautifully written story is told from the point-of-view of Vanessa, Amanda, Caitlin, and Janey – all daughters from different families on a far off island. The story is divided into four parts, each corresponding to a different season. The inhabitants are told to follow strict scripture from “Our Book” which has rules that must be followed or they will “feel the wrath of the ancestors” and be severely punished. I loved Janey’s stubbornness and strength which made her my favorite character, however all the girls played an important part of this story.

One day, Caitlin wanders outside, where she isn’t supposed to be, and witnesses a horrific act, it starts an uprising among the girls, that sets in motion a series of events that lead to an unexpected ending! And speaking of the ending, I feel like there is room for a sequel? The ending ties up nicely but there are SO many unanswered questions, I’m DYING for another book!!

On a side note, I found Melamed’s background fascinating, as she is a psychiatric nurse who worked with abused children. Also, she studied anthropological, biological and cultural aspects of child abuse. For more about the author, check out the interview on the blogs of kourtneysbookshelf and proseandpalate – the curators of Salt Water Reads.