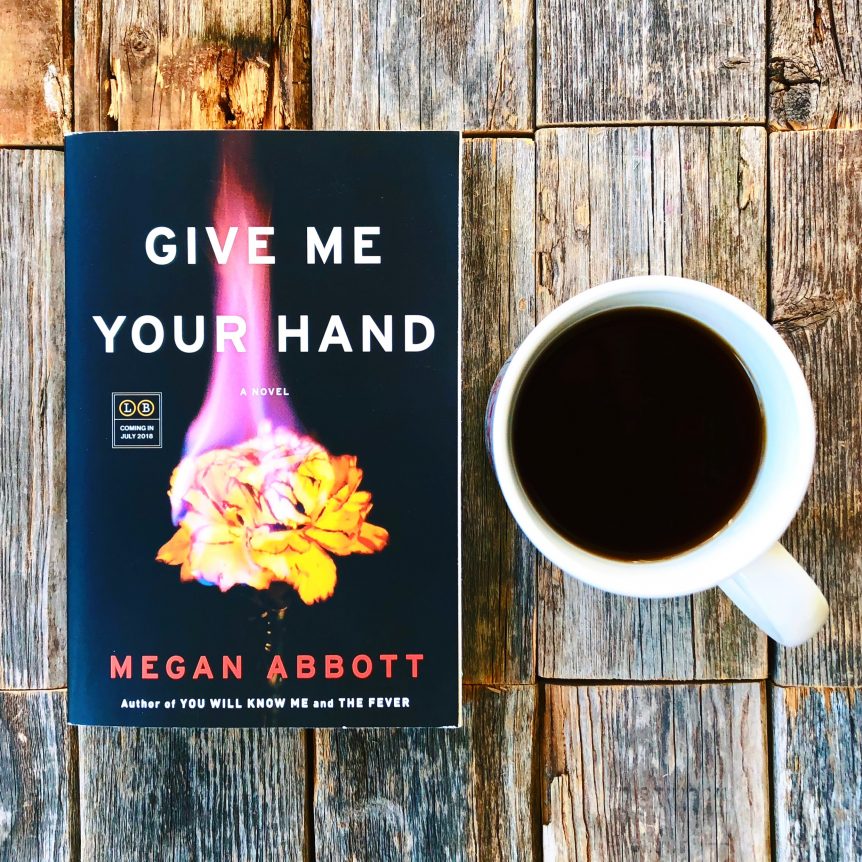 Thank you so much Little, Brown and Company for providing my free copy – all opinions are my own.

Kit Owens harbored only modest ambitions for herself when the mysterious Diane Fleming appeared in her high school chemistry class. But Diane’s academic brilliance lit a fire in Kit, and the two developed an unlikely friendship. Until Diane shared a secret that changed everything between them. More than a decade later, Kit thinks she’s put Diane behind her forever and she’s begun to fulfill the scientific dreams Diane awakened in her. But the past comes roaring back when she discovers that Diane is her competition for a position both women covet, taking part in groundbreaking new research led by their idol. Soon enough, the two former friends find themselves locked in a dangerous game of cat-and-mouse that threatens to destroy them both.

I’ve read two of Abbott’s previous books, DARE ME and YOU WILL KNOW ME and let’s just say she has the complicated female relationship genre down. But with an extra dose of sinister, jealousy, and wonderfully creepy.

As teenagers, Kit Owens and Diane Fleming are inseparable until one day Diane divulges a terrible secret to Kit causing a rift in their friendship. Ten years later, Kit is working in the lab of renowned scholar Dr. Severin and is trying to land a spot on the premenstrual dysphoric disorder (PMDD) research team. Kit appears to be a shoe in but Dr. Severin announces she’s hired a new researcher from Harvard instead, which of course, turns out to be Diane. And that’s when the story takes a dark turn.

I love reading Abbott’s books because she has a way of showing you an equal amount of love and hate between her characters. Kit and Diane are both brilliant, clever, and ambitious women who were the best of friends and the biggest rivals. It’s fascinating to see how Abbott gets inside the female psyche and writes their scenes perfectly. All of her books are very character-driven and atmospheric, which I love. Diane’s secret unfolds slowly and in a masterful way as only Abbott can – I could not get there fast enough! GIVE ME YOUR HAND is full of tension, unsettling secrets, and interesting female characters.