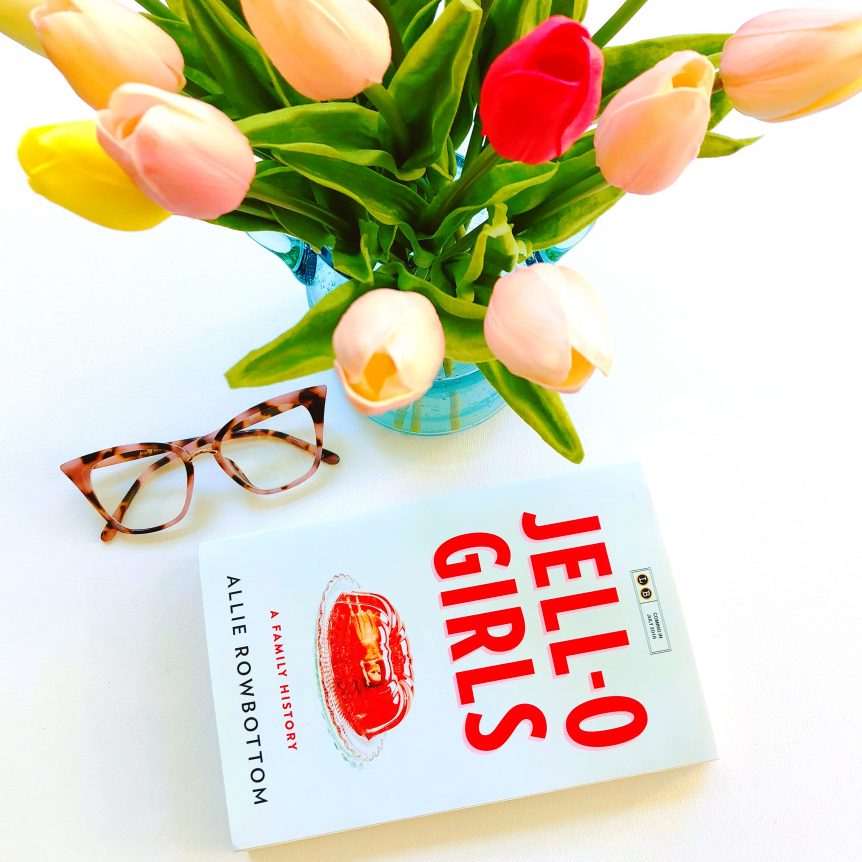 Many thanks to Little, Brown and Company for my free copy – all opinions are my own.

In 1899, Allie Rowbottom’s great-great-great-uncle bought the patent to Jell-O from its inventor for $450. The sale would turn out to be one of the most profitable business deals in American history, and the generations that followed enjoyed immense privilege – but they were also haunted by suicides, cancer, alcoholism, and mysterious ailments. More than 100 years after that deal was struck, Allie’s mother Mary was diagnosed with the same incurable cancer, a disease that had also claimed her own mother’s life. Determined to combat what she had come to consider the “Jell-O curse” and her looming mortality, Mary began obsessively researching her family’s past, determined to understand the origins of her illness and the impact on her life of Jell-O and the traditional American values the company championed. Before she died in 2015, Mary began to send Allie boxes of her research and notes, in the hope that her daughter might write what she could not. JELL-O GIRLS is the liberation of that story.

This is such a complex and fascinating memoir. Yes, it’s about Jell-O, but it’s so much more! The book covers three main topics: the history of the company including how it was founded, the plethora of health issues that ravaged Rowbottom’s family, and of course, the Jell-O curse! Jell-O was purchased in 1899 for $450 then sold twenty years later for $67 million dollars. This left a legacy of wealth, prestige, and privilege to the maternal side of Rowbottom’s family, but it appears this legacy is more of a curse than a blessing.

Rowbottom tells her family’s story as she sees it and it is beautifully written. I was captivated from beginning to end and pleasantly surprised by the lyrical and poetic writing style. Oddly enough I really enjoyed the historical chapters on Jell-O as a cultural icon and, of course I was totally engrossed by the family’s history of alcoholism, suicide, and cancer. The imagery and descriptions are vivid and you get a front row seat of what happened with the original Jell-O heirs. Is it really a curse? I don’t know, but I love the different ways Rowbottom explores these theories, mainly focusing on her mother and grandmother. You see how passionate she is about understanding what and how these ailments occurred. Also, the memoir touches lightly on feminism and how women were sometimes coerced into being homemakers instead of pursuing their dreams. JELL-O GIRLS is an intelligent, interesting, and thought-provoking memoir full of fun facts and nostalgia. Highly recommended!