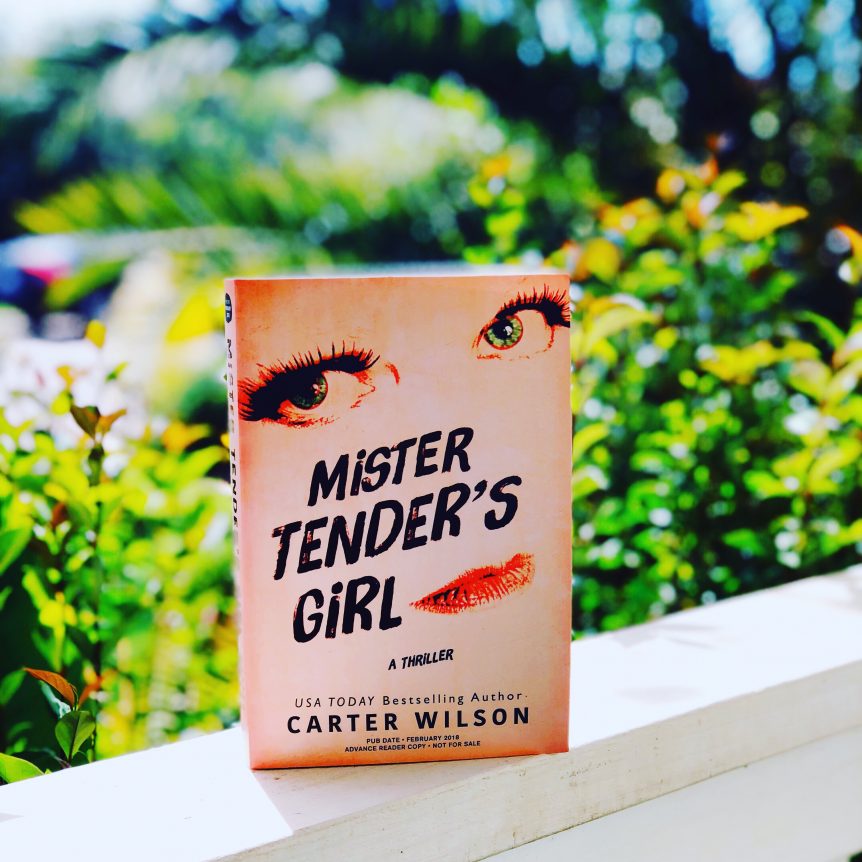 Thank you so much to Sourcebooks for providing my free copy – all opinions are my own.

“Alice, what did the penguin always tell you?”

At fourteen, Alice Hill was viciously attacked by two of her classmates and left to die. The teens claim she was a sacrifice for a man called Mister Tender, but that could never be true: Mister Tender doesn’t exist. His sinister character is pop-culture fiction, created by Alice’s own father in a series of popular graphic novels.

Over a decade later, Alice has changed her name and is trying to heal. But someone is watching her. They know more about Alice than any stranger could: her scars, her fears, and the secrets she keeps locked away. She can try to escape her past, but Mister Tender is never far behind. He will come with a smile that seduces, and a dark whisper in her ear…

Inspired by a true story, this gripping thriller plunges you into a world of haunting memories and unseen threats, leaving you guessing until the harrowing end.

I was obsessed with this book from the minute Sourcebooks sent it to me last year! I’m in love with the noir cover, the unusual title, and of course, the outstanding plot. Based on the real-life 2014 Slender Man case (which adds an extra level of creepiness), it is very disturbing on every level and I cannot stop thinking about it!

Alice was fourteen years old when she was stabbed and left for dead by the Glassin twins near her home in London. The girls were so completely enthralled by Mister Tender, a fictitious character from a popular graph novel series penned by Alice’s father, that they fixated on Alice to sacrifice in order to please him. You see, Mister Tender asks his victims to perform horrible acts with the promise of delivering your most desired wish in exchange. How far will you go for Mister Tender?

Fast forward fourteen years later. Alice has changed her name, lives in Massachusetts, and owns a coffee shop called the Stone Rose. She’s managed to escape her past and start over until one day something mysterious shows up in her office with a postmark from London.

The similarities between the novel and the Slender Man case are just right. It’s horrifying that two young girls would stab their own classmate for any reason let alone to please an Internet phantom. I’ve watched television footage and a documentary but was left wondering how the victim was handling life in the aftermath. So…this is one of the many reasons I think this book is brilliant! It gives you an imaginary view of what that aftermath could be. It’s such an inventive and remarkable idea for a book about one of the more chilling cases I’ve seen.

Basically, I devoured this book! It’s well written, addictive, and the character development is on point. It will keep you guessing until the very end. Highly recommended!!

I want to thank everyone who read along with Black Heart Reads in March and for Carter Wilson for joining in on the book discussion! I was blown away and you all are amazing!