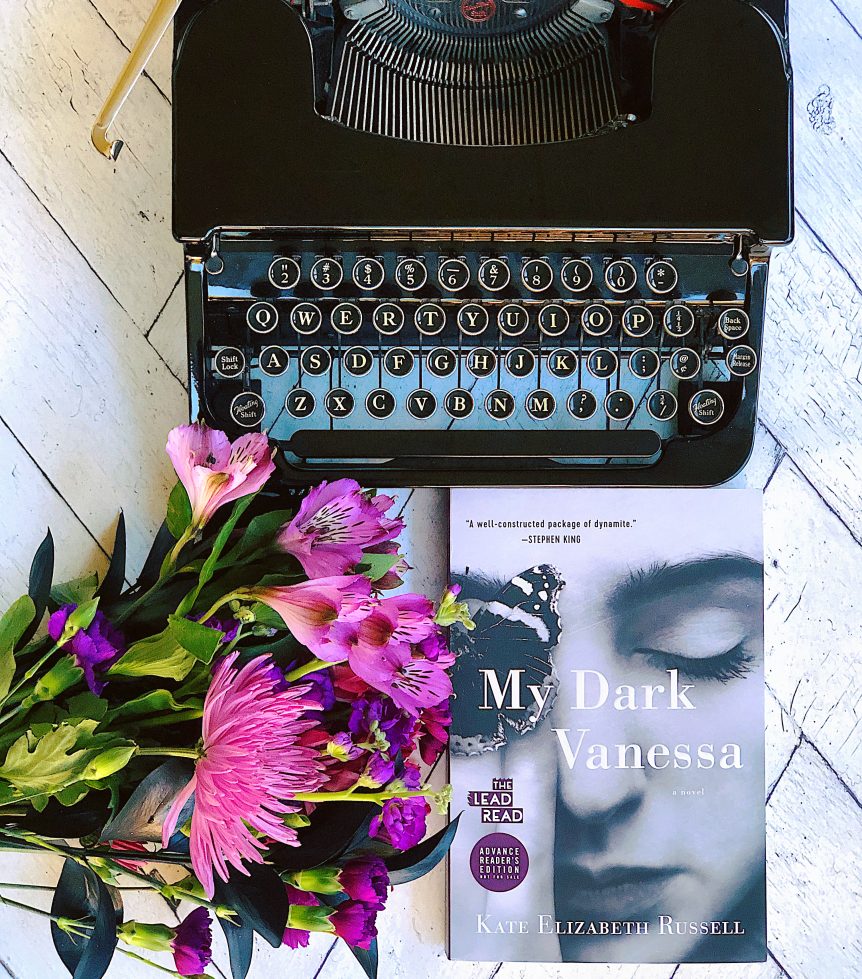 Thank you so much William Morrow for my free copy.

2017. Amid the rising wave of allegations against powerful men, a reckoning is coming due. Strane has been accused of sexual abuse by a former student, who reaches out to Vanessa, and now Vanessa suddenly finds herself facing an impossible choice: remain silent, firm in the belief that her teenage self willingly engaged in this relationship, or redefine herself and the events of her past. But how can Vanessa reject her first love, the man who fundamentally transformed her and has been a persistent presence in her life? Is it possible that the man she loved as a teenager—and who professed to worship only her—may be far different from what she has always believed?

MY DARK VANESSA is a phenomenal, beautifully written book that is entirely uncomfortable to read.

Vanessa Wye, a clever 15-year-old student, attends a prestigious boarding school and unbeknownst to her, finds herself wrapped up in an inappropriate affair with her 42-year-old English teacher. Jacob Strane is charming, manipulative, and cunning in his pursuit as he is able to convince Vanessa that he is the exception to the rule. She thinks she is special and considers him her first love.

Now, 17 years later, one of Strane’s other students has publically accused him of sexual abuse. All these years Vanessa never fully realized what Strane did to her; that in fact, it was abuse. It was rape. He is a predator.

We alternate chapters between the present day and Vanessa’s time in high school. This is a powerful, dark, disturbing read because you are in the forefront of Vanessa’s feelings every step of the way. The prose is beautiful, descriptive, and the author does a masterful job taking the reader on Vanessa’s journey of self-realization. Just know going in that because Vanessa experienced this relationship at age fifteen we are subjected to experiencing an abusive relationship in a romanticized way. I believe the author intentions are to take us through Vanessa’s thoughts step by step. And like I said in the beginning, it’s uncomfortable.

There is so much to unpack and discuss about this debut which instills in me why this novel is so brilliant. MY DARK VANESSA is a provocative, thoughtful, psychological study on the aftermath of abuse – how Vanessa went from one emotion to the next and the transition between then and now. If your curious, read it; if it scares you, don’t. ★★★★★