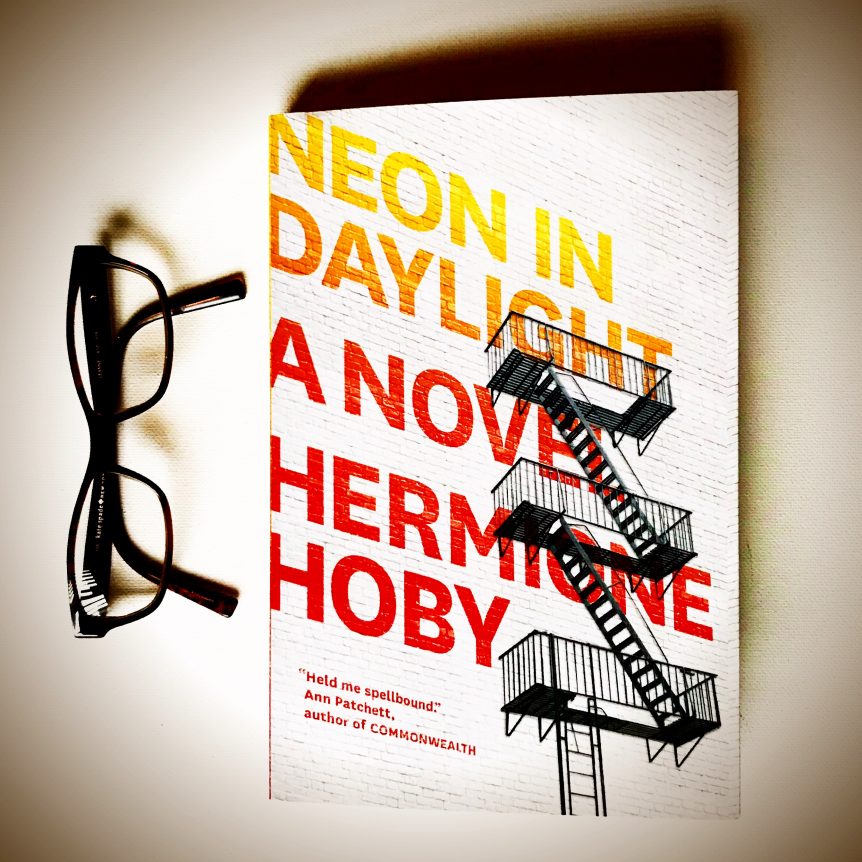 Thank you so much to Catapult for sending me a free copy – all opinions are my own.

New York City in 2012, the sweltering summer before Hurricane Sandy hits. Kate, a young woman newly arrived from England, is staying in a Manhattan apartment while she tries to figure out her future. She has two unfortunate responsibilities during her time in America: to make regular Skype calls to her miserable boyfriend back home, and to cat-sit an indifferent feline named Joni Mitchell.

The city has other plans for her. In New York’s parks and bodegas, its galleries and performance spaces, its bars and clubs crowded with bodies, Kate encounters two strangers who will transform her stay: Bill, a charismatic but embittered writer made famous by the movie version of his only novel; and Inez, his daughter, a recent high school graduate who supplements her Bushwick cafe salary by enacting the fantasies of men she meets on Craigslist. Unmoored from her old life, Kate falls into an infatuation with both of them.

“He pocketed the note and kept it, as a way of honoring unrequited, late-adolescent love. Which she’d look back on in twenty years’ time, most likely, with humor and affection. It’s never love, as soon as you feel the next love. Because isn’t that a prerequisite of the condition? That you tell yourself everything that came before wasn’t really it.”

NEON IN DAYLIGHT by Hermione Hoby – Thank you so much to Catapult for sending me a free copy – all opinions are my own.

Kate Bailey moved from England to find herself. She left her boyfriend, George, and her unfinished PhD behind in order to apartment sit and cat sit in her mother’s best friend’s vacant New York City apartment.

Kate starts off naive, lost, and a bit paranoid. Throughout the story she transforms both physically and mentally into a much different person. She meets some larger than life characters: Bill, a writer with a one hit wonder novel, and Inez, a crazy, dynamic, in-your-face character.

I love when the setting plays a big character in the book, especially a place with so much personality like New York City—it’s a huge part of this story. It took me about 70 pages to get into this book. At first I was thinking “what am I reading” but as the characters crossed paths, I became more and more invested.

I can’t stress enough that this book may not be for everyone but I loved it! Even though I didn’t particularly love Kate, Bill, or Inez, I found the story well-written and I found them all interesting in their own way. Hoby definitely has a way with words—by the end I fell in love with her writing style and found myself flipping through the pages out of desperate curiosity.

All-in-all if you enjoy a book that’s light on plot but very character driven with an artsy New York vibe then this is for you!