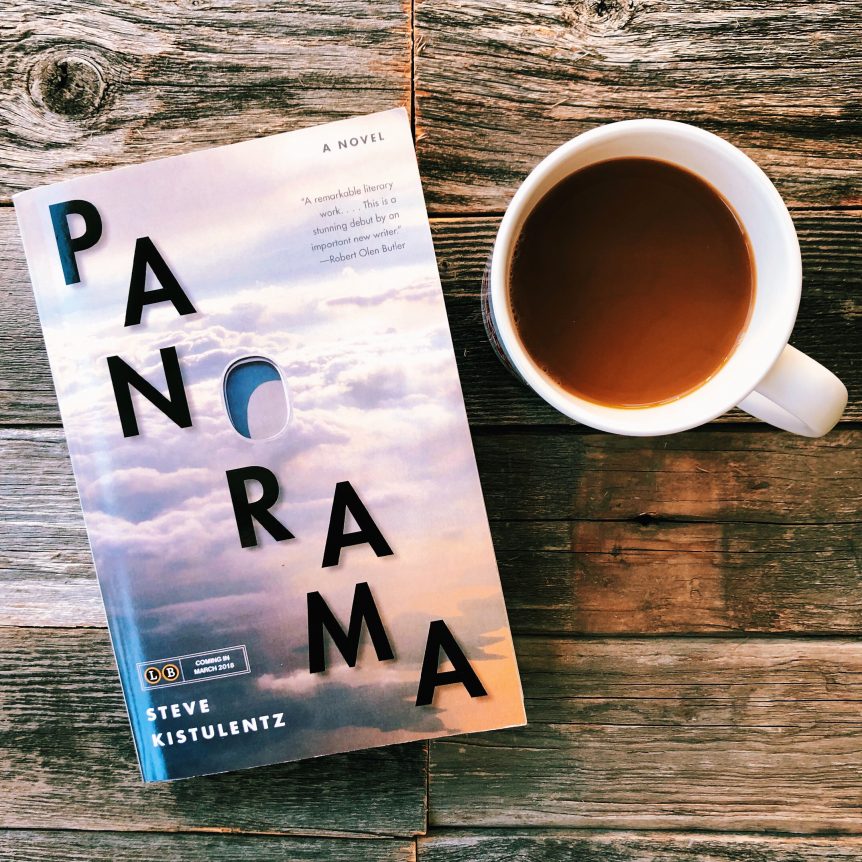 Thank you so much Little, Brown and Company for providing my free copy – all opinions are my own.

This is one very unique debut novel! The story centers around the plane crash of Panorama Airlines Flight 503 which left no survivors. Each character and story line in this novel is touched in one way or another by this tragedy. For instance, Richard MacMurray, a television pundit, finds out his estranged sister Mary Beth was on Flight 503. As the only living relative, he is left with the responsibility of caring for her son, Gabriel. The clever aspect of this novel is how Kistulentz shows these lives parallel to each other as they relate to the crash. At times, it almost feels intrusive, and it certainly kept my attention.

It took me a bit to get into, but once I did, I really enjoyed the originality and attention to detail in Panorama.  As I got to know the characters, I wasn’t quite sure when their lives would intersect with Flight 503, but I always knew their ultimate fate. This is a very thought-provoking, heartbreaking, and enthralling read that I highly recommend. I will definitely read any book Kistulentz comes out with next!