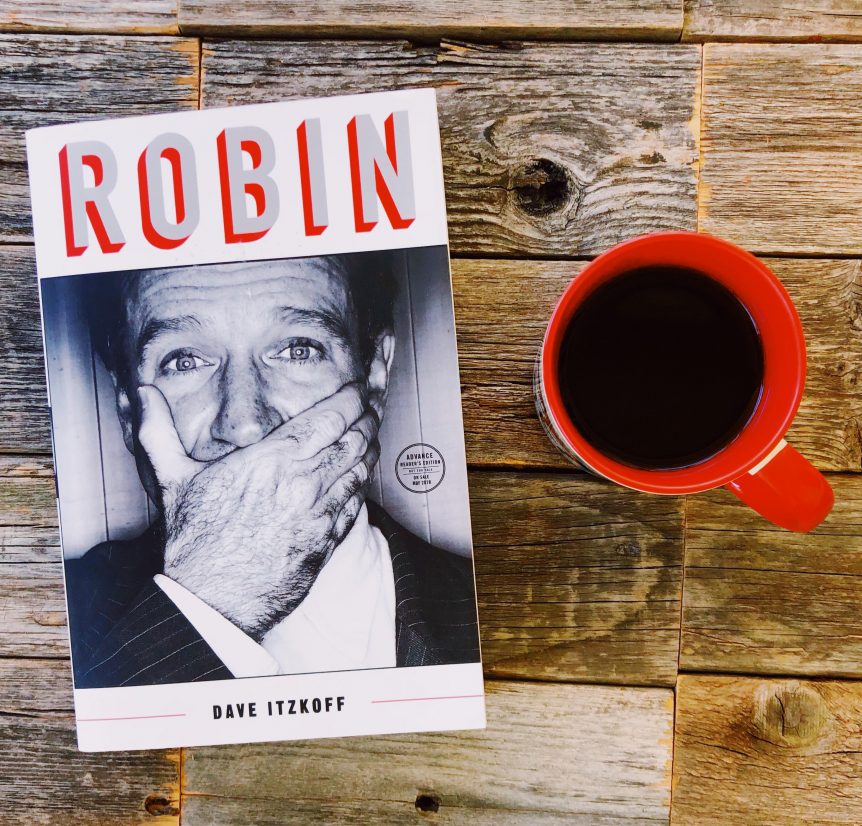 BIG thanks to Henry Holt for providing my free copy of ROBIN by Dave Itzkoff – all opinions are my own.

Dave Itzkoff shows in this revelatory biography, Williams’s comic brilliance masked a deep well of conflicting emotions and self-doubt, which he drew upon in his comedy and in celebrated films like Dead Poets Society; Good Morning, Vietnam; The Fisher King; Aladdin; and Mrs. Doubtfire, where he showcased his limitless gift for improvisation to bring to life a wide range of characters. And in Good Will Hunting he gave an intense and controlled performance that revealed the true range of his talent. Itzkoff also shows how Williams struggled mightily with addiction and depression – topics he discussed openly while performing and during interviews – and with a debilitating condition at the end of his life that affected him in ways his fans never knew. Drawing on more than a hundred original interviews with family, friends, and colleagues, as well as extensive archival research, Robin is a fresh and original look at a man whose work touched so many lives.

This book is incredible, but also a difficult one for me. Robin Williams has been one of my favorite actors for many years, so it was a shock when he passed away in 2014. He was such a gem in the acting world, flourishing in any genre from drama to comedy. He had a heart of gold and one could see the generosity in his eyes in every part he played. He moved so fast in his standup and television appearances, but knew exactly when to dial it back for movies like Dead Poets Society and Good Will Hunting. And even though he was his high-speed, brilliant self in one of my favorite films The Fisher King, there’s that dramatic big reveal at the end that gets me every time.

This well-written, meticulously researched biography covers everything from Williams’ career, to his friends and family life. Done through several interviews, I love that we see different perspectives of his life from the people closest to him, giving a more accurate, well-rounded portrayal. In addition to including details from past interviews with Robin, Itzkoff interviewed plenty of people, including Robin’s parents and children, Billy Crystal, Garry Marshall, and David Letterman to name a few. As a culture reporter for the New York Times, Itzkoff’s occupation shines through on this piece. ROBIN chronicles Williams’ life from childhood up until his passing and is a dense 544 pages, but well worth a read. We learn firsthand the anxiety he suffered, his successes, flaws, and the illness that ultimately led to taking his own life. But we also see the comedic genius, his larger than life talent, and the one-of-a-kind, quiet soul that was Robin.