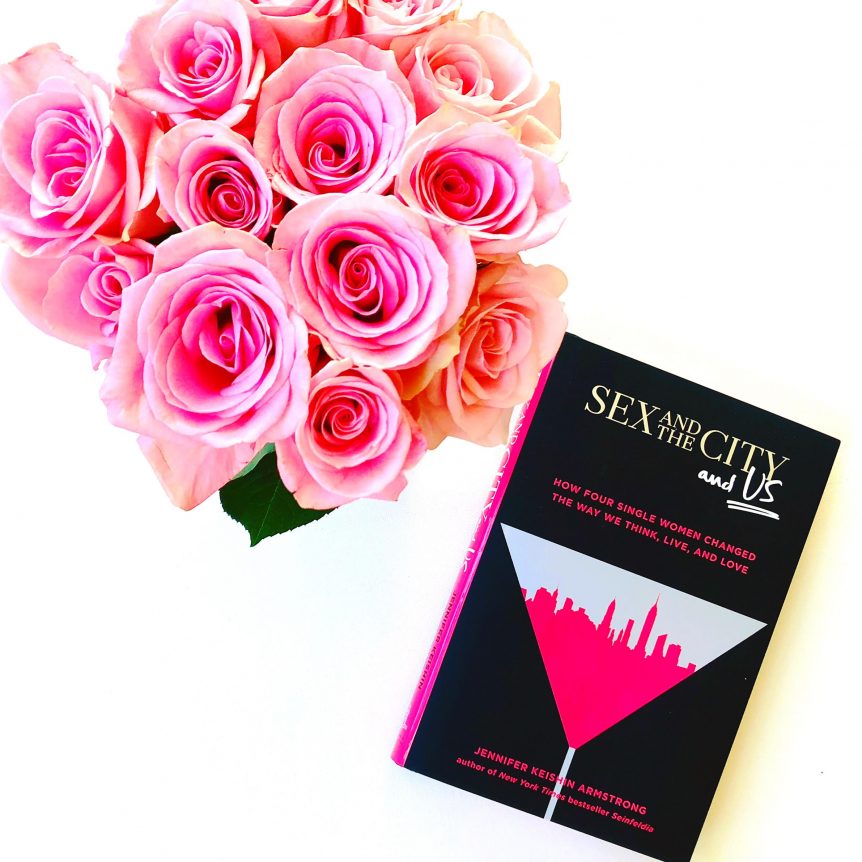 Thank you so much to Simon and Schuster for providing my free copy – all opinions are my own.

This is the story of how a columnist, two gay men, and a writers’ room full of women used their own poignant, hilarious, and humiliating stories to launch a cultural phenomenon. They endured shock, slut-shaming, and a slew of nasty reviews on their way to eventual—if often begrudging—respect. The show wasn’t perfect, but it revolutionized television for women. When Candace Bushnell began writing for the New York Observer, she didn’t think anyone beyond the Upper East Side would care about her adventures among the Hamptons-hopping media elite. But her struggles with singlehood struck a chord. Beverly Hills, 90210 creator Darren Star brought her vision to an even wider audience when he adapted the column for HBO. Carrie, Miranda, Charlotte and Samantha launched a barrage of trends, forever branded the actresses that took on the roles, redefined women’s relationship to sex and elevated the perception of singlehood.

I am a forever fan of Sex and the City so this book was a definite must read for me! With the fabulous backdrop of New York City, Carrie, Miranda, Charlotte, and Samantha have provided hours of entertainment, humor, insight, and valuable girl talk that I stayed up late into the wee hours of the night binge-watching. This is a retrospective, detailed book that is the perfect way to celebrate the 20th anniversary of this groundbreaking show. I absolutely loved it!!

SEX AND THE CITY AND US is a well-researched, comprehensive look at the show’s extensive writing process, contains interviews of some of the cast and crew members, and provides an “in the making” from Candace Bushnell’s column all the way through both manifested films. Rather than be a gossip tell-all, the book focuses on the creativity that contributed to the show’s success. And let’s not forget all that amazing fashion! I especially enjoyed the sections on the writing process because it mainly includes female writers who used their real life dating experiences as ideas for some of my favorite episodes. And of course, author Candace Bushnell, the show’s creator Darren Star, and executive producer Michael Patrick King give important insight and a behind-the-scenes account of this iconic show along with a stellar introduction that dives right in. Clearly, Armstrong is a fanatic like myself, but she remains honest about the cultural influences of the show and also about the second film (not my fav…eek!). SEX AND THE CITY AND US is a sharp, honest, and thoughtful look into the provocative show we all know and love. Highly recommended!!