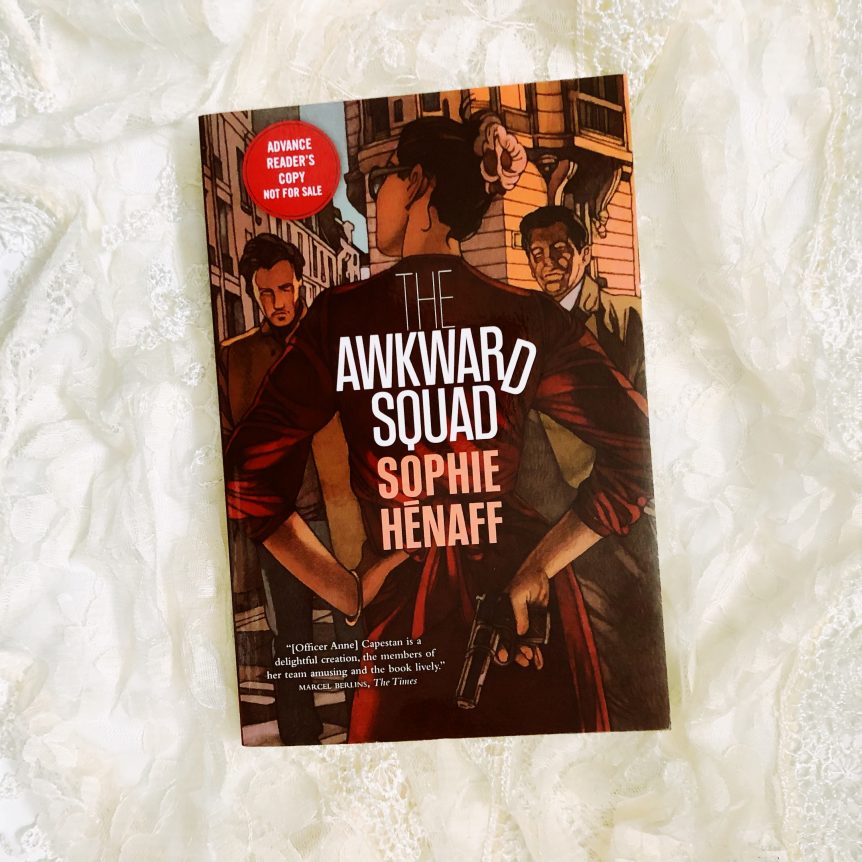 Thank you so much to Quercus USA for providing my free copy – all opinions are my own.

Suspended from her job as a promising police officer for firing “one bullet too many,” Anne Capestan is expecting the worst when she is summoned to HQ to learn her fate. Instead, she is surprised to be told that she is to head up a new police squad, working on solving long-abandoned cold cases.

Though relieved to still have a job, Capestan is not overjoyed by the prospect of her new role–and even less so when she meets her new team: a crowd of misfits, troublemakers, and problem cases, none of whom are fit for purpose and yet none of whom can be fired.

But from this inauspicious start, investigating the cold cases throws up a number of strange mysteries for Capestan and her team: Was the old lady murdered seven years ago really just the victim of a botched robbery? Who was behind the dead sailor discovered in the Seine with three gunshot wounds? And why does there seem to be a curious link with a ferry that was shipwrecked off the Florida coast many years previously?

I really enjoyed this French crime novel! It’s such a fun and compelling read! Commissaire Anne Capestan is involved in a fatal shooting incident that leads to her suspension. Her boss calls her back to headquarters where she expects to hear bad news but instead is asked to lead a squad solving cold cases, heading a group of misfit officers called the “Awkward Squad”. She accepts the task even though she’s mocked, inadequately equipped, and is assigned to a rundown office.

Capestan is determined to make their unit succeed even though these officers are considered failures. They divide up and start working what ends up being quite a few cold cases, such as a shipwrecked ferry, a sailor that was shot, and the murder of an elderly woman. My favorite aspect of the book is the diverse cast of characters. There’s a gambler, an alcoholic, someone who is “cursed”, and an officer who leaks to the press, just to name a few.

The narrative is engrossing, unique, and witty. I love the blend of mystery and humor which makes you want to learn more about each quirky character. THE AWKWARD SQUAD is for anyone who enjoys crime fiction, especially if you want a new take on a “police procedural”. I believe this is going to be a series, so I look forward to the next installment! Highly recommended!