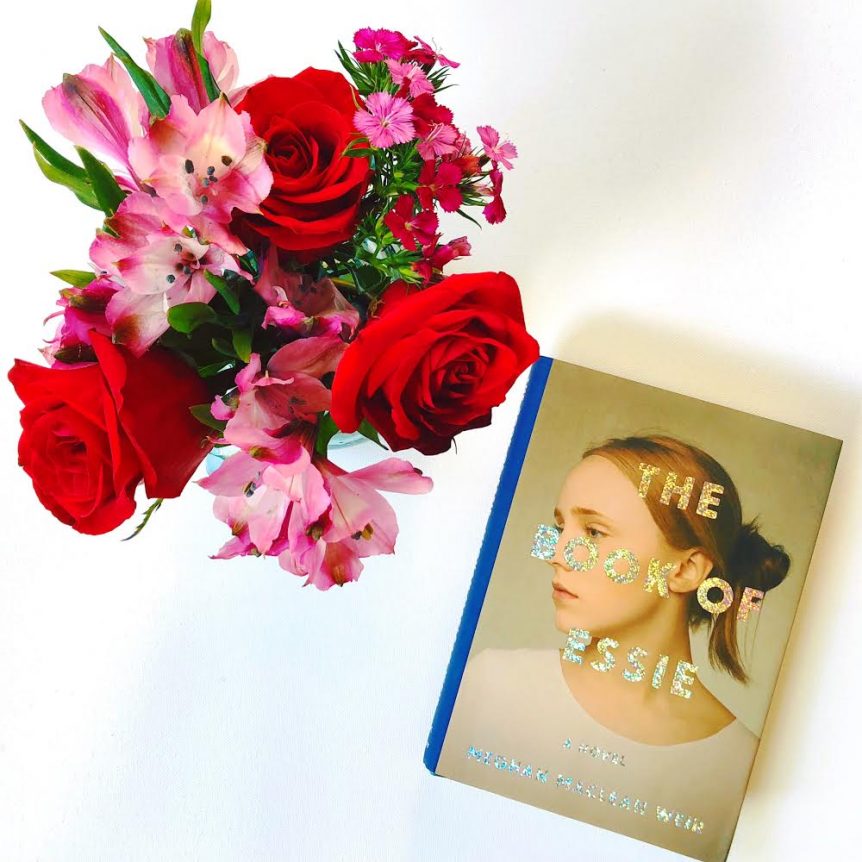 Many many thanks to Knopf for providing my free copy – all opinions are my own.

Esther Ann Hicks–Essie–is the youngest child on Six for Hicks, a reality television phenomenon. She’s grown up in the spotlight, both idolized and despised for her family’s fire-and-brimstone brand of faith. When Essie’s mother, Celia, discovers that Essie is pregnant, she arranges an emergency meeting with the show’s producers: Do they sneak Essie out of the country for an abortion? Do they pass the child off as Celia’s? Or do they try to arrange a marriage–and a ratings-blockbuster wedding? Meanwhile, Essie is quietly pairing herself up with Roarke Richards, a senior at her school with a secret of his own to protect. As the newly formed couple attempt to sell their fabricated love story to the media–through exclusive interviews with an infamously conservative reporter named Liberty Bell–Essie finds she has questions of her own: What was the real reason for her older sister leaving home? Who can she trust with the truth about her family? And how much is she willing to sacrifice to win her own freedom?

“It’s men who trust they will suffer no consequences for their actions, while women suffer no matter what they do.”

LOVE LOVE LOVE this debut novel! Esther Anne Hicks, also known as Essie grew up in the spotlight on the hit reality show Six for Hicks, an up close and personal account of the wholesome, religious family of an evangelical preacher, his wife, and their six children. Essie is the youngest child at seventeen and to her surprise, she discovers she’s pregnant. Her mother arranges a meeting with the show’s producers and the options are to leave the country to have an abortion, pass the baby off as someone else’s, or arrange a shotgun wedding. Meanwhile, she aligns herself with a classmate, Roarke Richards, who has a secret of his own. She enlists a reporter named Liberty Bell to document what’s going on and to sell her image to the public. This story and these characters make for a compelling and addictive read! So. Damn. Good.

The narrative alternates from three perspectives, Essie, Roarke, and Liberty and is seamless and well done. I was glued to the pages of this well-paced plot because I had to keep reading about Essie and Roarke. I became completely invested in their story, which illustrates the lovely job that Weir does in writing these characters. Social media fame is such a hot topic, especially with respect to reality shows, and this book shows the ups and downs of it masterfully. The story is well-balanced as it addresses radical religion, feminism, exploitation, consumerism, and sensationalism without going overboard. The language is evocative and the story is fierce with moments of heartbreak. I enjoyed every single page of this glorious book. And although the ending is a bit rushed, it is still a five star read for me! THE BOOK OF ESSIE is poignant, with beautiful quotes and timely details.