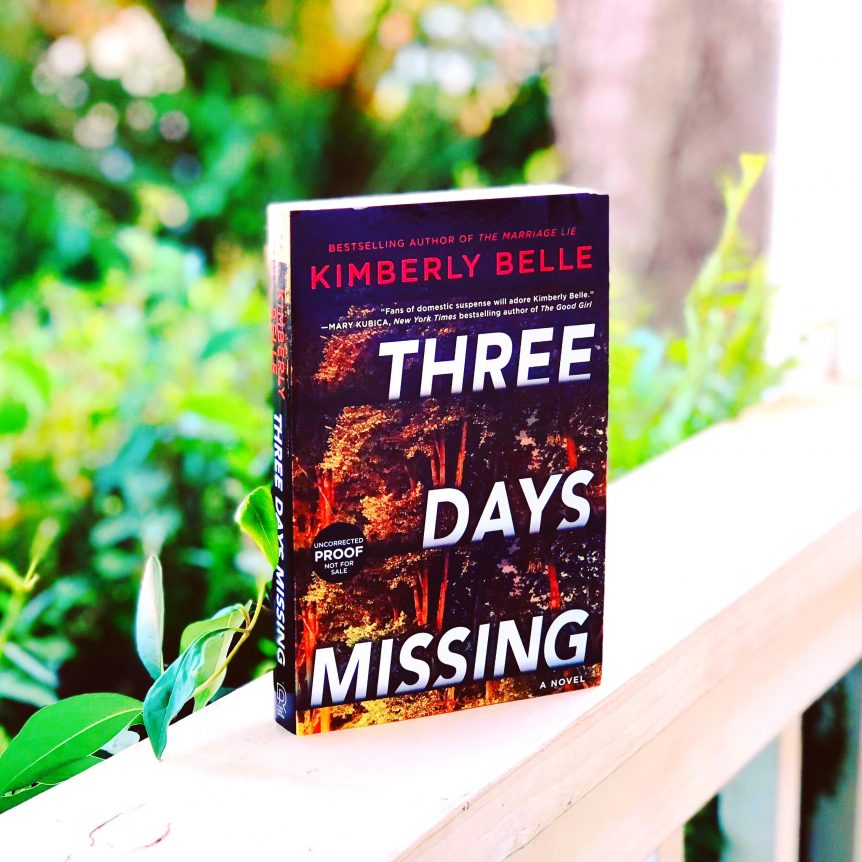 Many thanks to Harlequin Books and Park Row for providing my free copy – all opinions are my own.

It’s every parent’s worst nightmare: the call that comes in the middle of the night. When Kat Jenkins awakens to the police on her doorstep, her greatest fear is realized. Her nine-year-old son, Ethan, is missing—vanished from the cabin where he’d been on an overnight class trip. Shocked and distraught, Kat rushes to the campground, but she’s too late; the authorities have returned from their search empty-handed after losing Ethan’s trail in the mountain forest. Another mother from the school, Stef Huntington, seems like she has it all: money, prominence in the community, a popular son and a loving husband. She hardly knows Kat, except for the vicious gossip that swirls around Kat’s traumatic past. But as the police investigation unfolds, Ethan’s disappearance has earth-shattering consequences for Stef, as her path crosses with Kat. As the two mothers race against the clock, their desperate search for answers reveals how the greatest dangers lie behind the everyday smiles of those they trust the most.

This is one heck of a page-turner!! I read it in one sitting because there is literally never a dull moment! We follow two strong, female characters, Kat Jenkins and Stef Huntington, with nothing in common except their two sons are in the same class at Cambridge Academy. Kat is recently out of an abusive marriage, living paycheck to paycheck, and can barely afford her son, Ethan’s tuition. Stef is wealthy and married to the mayor of Atlanta, but he is never around for their son, Sammy. Cambridge Academy takes the students on a three day overnight camping trip, so what happens next? Well…Kat gets a visit from the police stating her son has gone missing and then Stef enters the same nightmare.

We alternate between Kat and Stef’s perspectives. This is equally a plot driven and character driven novel which is what makes it so masterfully done! Kat and Stef are both fantastic characters and I could not flip through these pages fast enough to find out what happened to Ethan. The writing is vivid and descriptive which makes these characters very real. Belle’s latest is a refreshing take on thrillers involving missing children and even the domestic thriller genre in general. And not to mention, Belle is the queen of jaw-dropping endings! THREE DAYS MISSING is compulsive, emotional, fast-paced, and twisty! I cannot recommend this one enough! Buy this book!