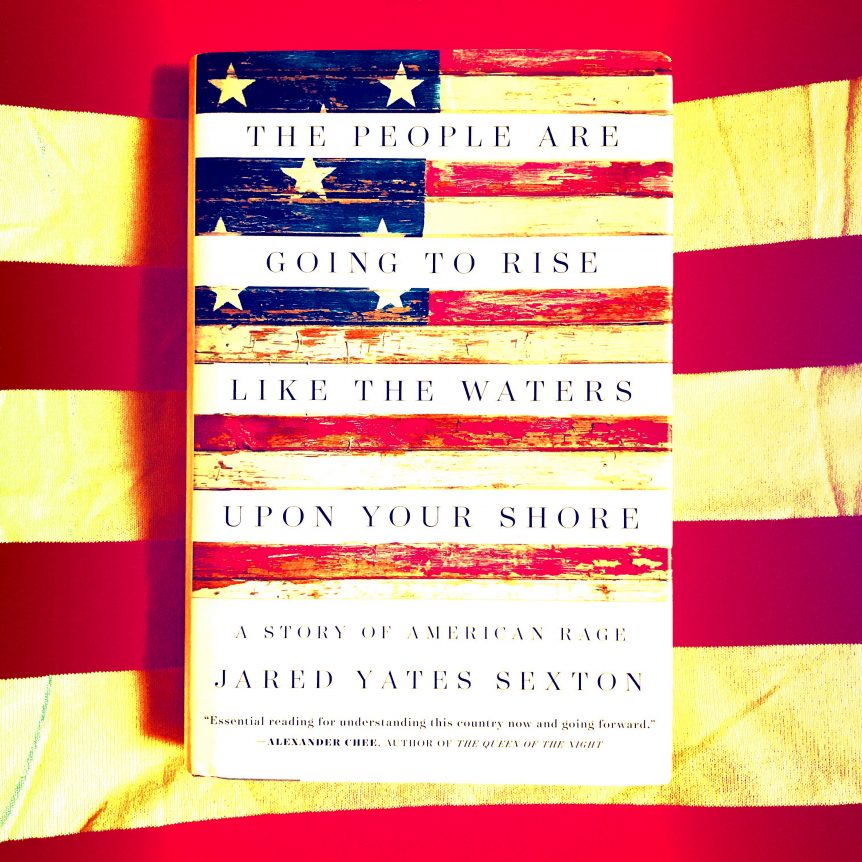 Thank you to Counterpoint Press and Kate Olson (theloudlibrarylady.com) for providing me this copy – all opinions are my own.

On June 14, 2016 journalist Jared Yates Sexton attended a Donald Trump rally in Greensboro, North Carolina. One of the first journalists to witness these rallies and give mainstream readers an idea of the raw anger that occurred there, Sexton found himself in the center of a maelstrom. Following a series of tweets that saw his observations viewed well over 1 million times, his reporting was soon featured in The Washington Post, NPR, Bloomberg, and Mother Jones, and he would go on to write two pieces for The New York Times.

The People Are Going to Rise Like the Waters Upon Your Shore is Sexton’s firsthand account of the events that shaped the 2016 presidential election and the cultural forces that divided both parties and powered Donald Trump into the White House.

“Trump’s candidacy was the media gift that kept giving, and the more outrageous he became the better the payday for networks.”

Sexton’s reporting is from the grass-roots level during the 2016 Presidential election. His coverage showed the rawness and anger of the people at these rallies. Even though he has a point of view and political position, he is not afraid to cast blame on all sides, on Clinton, on Sanders, the media, and of course on Trump himself. Sexton employs a sort of gonzo journalism, reminiscent of Hunter S. Thompson, which I thoroughly enjoyed. And while given the unprecedented amount of coverage the election received, I was surprised that the story Sexton tells is one that is fresh, unexpected, and critically important for American politics moving forward.

Confession: I wasn’t exactly in the right frame of mind to read a political book, however I’m glad I pushed myself to read it as it was very thought-provoking and insightful. I highly recommend it to anyone trying to make sense of this crazy election!