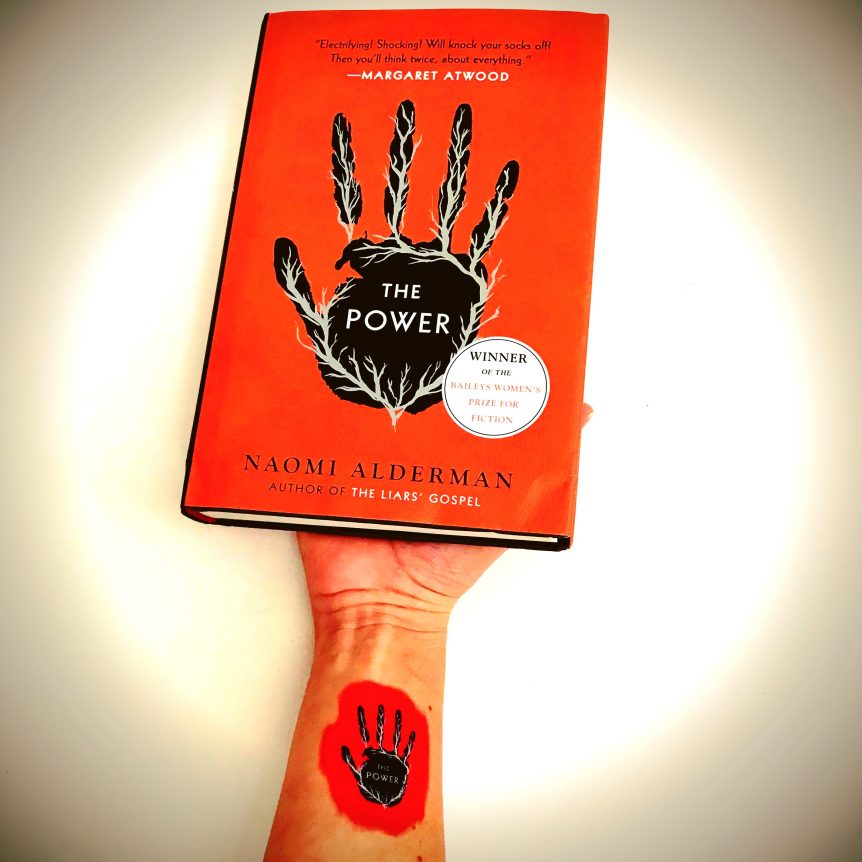 Thank you so much to Little, Brown and Company for this free finished copy – all opinions are my own.

All over the world young girls are discovering they have a power: the ability to create electricity within themselves and use it to hurt, or even kill. They can also use this power to awaken the same in older women. This power gives them incredible strength over all people, men and women included. Needless to say, this causes a disturbance, a shift in who has control over government, media, and the world in general. It creates panic among men, as they are afraid to even walk down the street. They are getting overlooked in their professions, are losing their rights, and in some cases, are afraid of existing at all. The novel is told from several points of view: Allie, Roxy, Tunde, Margot, and sometimes Jocelyn and Darrell. The main characters are all from different backgrounds and give a unique perspective that adds up to a very compelling story.

“It doesn’t matter that she shouldn’t, that she never would. What matters is that she could, if she wanted. The power to hurt is a kind of wealth.”

“One of them says, ‘Why did they do it?” And the other answers, ‘Because they could.’That is the only answer there ever is.”

Let me start by saying this book is incredible! It’s inventive, unique, and thought-provoking. When I finished it, I had to take a day to gather my thoughts. This is a dystopian world that no one wants to live in. With that being said, the reader should know there are some graphic scenes in the book…so beware. I believe Alderman’s central thesis is that any gender, given extreme power over the other, can cause a cascading set of horrific events. In any group, there are always those who are abusive and greedy, and Alderman shows that both genders are capable of this abusive behavior. I don’t believe Alderman was trying to show how women could be different from men; rather, she was showing us how they could be similar. And how, regardless of gender, if given too much power, the world can devolve into an oppressive state where fear and chaos reign.

To me, Allie is the most intriguing character. I felt as if she was in “self-preservation mode” throughout the book but ultimately her path took her to a questionable place. I absolutely loved Roxy!! She is strong and just brilliant!! Tunde, as a journalist, documented the events and it was very interesting to see this world through his point of view.

I was blown away by the level of detail in the construction of this book! When you read it, you’ll appreciate the clever letters included in the beginning and end, as well as the interesting drawings throughout the book. In the acknowledgements Alderman thanks Margaret Atwood for her support…being a huge fan of hers, I recognized as I was reading, she clearly was an inspiration! This novel will stay with me a long time. Please pick this book up today and tell me what you think!

I rate this OUTSTANDING novel 5 / 5 stars!

Naomi Alderman grew up in London and attended Oxford University and UEA. In 2006 she won the Orange Award for New Writers. In 2007, she was named Sunday Times Young Writer of the Year, and one of Waterstones’ 25 Writers for the Future. She has published The Lessons, The Liars’ Gospel and Disobedience, which won the Orange Prize for New Writers and has been published in ten languages. On top of all that, she is the recipient of the 2017 Baileys Women’s Prize for Fiction for The Power. 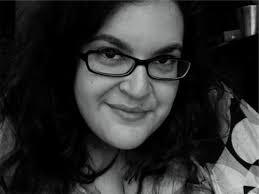 Her prize-winning short fiction has appeared in Prospect, on BBC Radio 4 and in a number of anthologies. In 2009, she was shortlisted for the BBC National Short Story Award.

She’s written online games for Penguin, the BBC, and other clients. She is the co-creator of the bestselling smartphone audio adventure app Zombies, Run! Naomi broadcasts regularly on BBC Radio 4 and writes frequently for the Guardian.

Naomi is Professor of Creative Writing at Bath Spa University, has been mentored by Margaret Atwood as part of the Rolex Mentor and Protégé Arts Initiative. She was selected for Granta’s Best of Young British Novelists in their once-a-decade list. She currently resides in London.