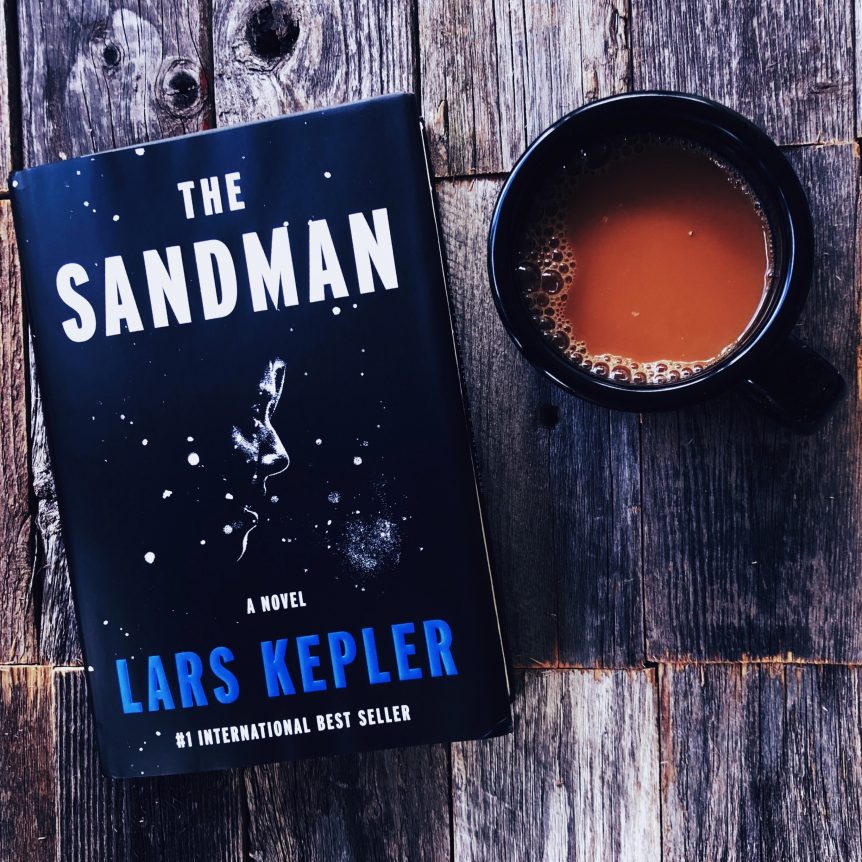 Thank you so much to Knopf for providing my free copy – all opinions are my own.

“Mikael knows him as “the sandman”. Seven years ago, he was taken from his bed along with his sister. They are both presumed dead.”

“Jurek Walter is serving a life sentence. Kept in solitary confinement, he is still considered extremely dangerous by psychiatric staff.”

This is the fourth book in the Joona Linna series. Usually if I see that a book is part of a series, I run the other way. Not because they are bad but, let’s face it, I have commitment issues. I love the idea of a series but I want to start from the beginning, which can be time consuming and there are so many amazing books out there. Well guess what? This is one of those AMAZING books and it works as a standalone! It’s gripping, intriguing, and fantastically addictive!

I cannot get over how fast this LARGE book is to read! The chapters are extremely short and although you are getting different parts of the story from multiple characters at different times, it’s very easy to follow and just pulls you in. I will go as far as to say that this will be a favorite of mine. My greatest obsession is psychological thrillers, so I am overly picky about police procedurals, however this one is perfectly written. I was in the story, in the investigation, and completely invested in the characters. And no one is more disturbing than Jurek Walter.

Jurek Walter is about as wicked as they come and he is currently being held prisoner in a psychiatric ward. Mikael Kohler-Frost disappeared, along with his sister, Felicia, many years ago and they are presumed dead. Flash forward, thirteen years later, and Mikael is found wandering across a bridge just outside of Stockholm. Where has he been and where is Felicia? Jurek Walter might very well know so Detective Inspector Joona Linna is on the case and recruits Inspector Saga Bauer to go undercover. OH MY GAWD.

Lars Kepler’s writing is immaculate! I cannot find a single thing wrong with it! It is precise and intense with spectacular imagery that kept my heart pounding as I was desperately flipping through the pages to find out what happens next. Even when I would put the book down, I couldn’t get it out of head! From the absorbing plot, to the cleverly written bad ass characters, you will LOVE THIS BOOK.

“…. it wasn´t the people who were buried who were being punished, but those left behind.”