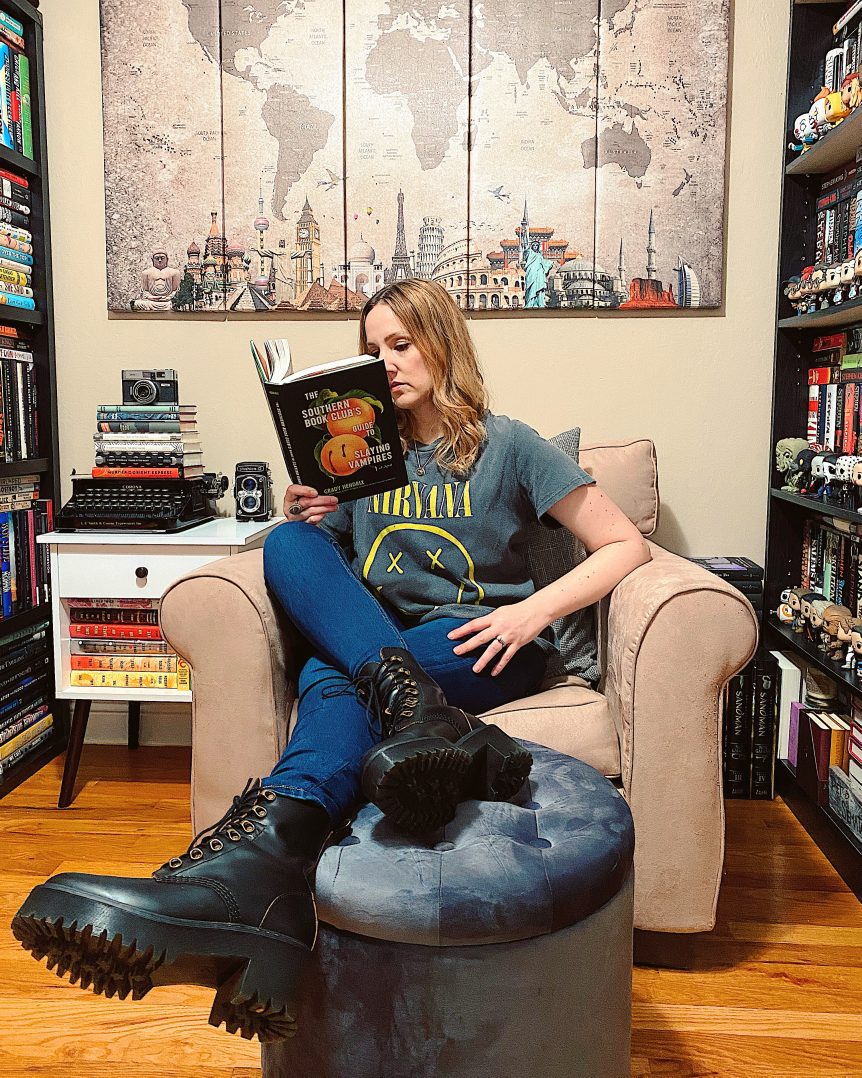 Thank you so much Quirk Books for my free copy.

Patricia Campbell’s life has never felt smaller. Her husband is a workaholic, her teenage kids have their own lives, her senile mother-in-law needs constant care, and she’s always a step behind on her endless to-do list. The only thing keeping her sane is her book club, a close-knit group of Charleston women united by their love of true crime. At these meetings they’re as likely to talk about the Manson family as they are about their own families. One evening after book club, Patricia is viciously attacked by an elderly neighbor, bringing the neighbor’s handsome nephew, James Harris, into her life. James is well traveled and well read, and he makes Patricia feel things she hasn’t felt in years. But when children on the other side of town go missing, their deaths written off by local police, Patricia has reason to believe James Harris is more of a Bundy than a Brad Pitt. The real problem? James is a monster of a different kind—and Patricia has already invited him in. Little by little, James will insinuate himself into Patricia’s life and try to take everything she took for granted—including the book club—but she won’t surrender without a fight in this blood-soaked tale of neighborly kindness gone wrong. 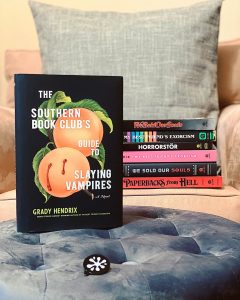 THE SOUTHERN BOOK CLUB’S GUIDE TO SLAYING VAMPIRES is pure gold. I have no idea how to explain Grady Hendrix’s writing style because it has a little bit of everything, with horror, humor, mystery, gore, and well developed characters. There’s a book club with a plethora of true crime. One of the characters’ names is Kitty. There is a vampire!!! And that’s just the beginning. I was laughing out loud within the first chapter.

Set in the late 80s early 90s, Patricia is married to a doctor, has kids, and she loves her family, but is bored out of her mind. Being a homemaker is a difficult but thankless job and Patricia rarely gets any stimulating adult conversation. She barely makes it to the neighborhood book club which ends up being a bore. Luckily, there are some cool ladies in the mix that suggest starting a true crime, not so book club, book club. I’m not going to go any further but things stay humorous, get unsettling, make you gasp, get gory, make you uncomfortable, and warm your heart.

I have read and LOVED every one of Hendrix’s books! Maybe it’s his nod to pop culture? I mean nobody writes the 80s and 90s era so well. Or maybe it’s because of his incredible talent to fuse horror and satire so perfectly? Could it be his well-developed characters that you swear you’ve made friends with? Or maybe, it’s because I can relate to his stories in some way and that he’s a damn clever writer? I say it’s all of the above. This is a bloody vampire horror story, but it’s also a sweet story about a group of Southern ladies that read true crime.

I love THE SOUTHERN BOOK CLUB’S GUIDE TO SLAYING VAMPIRES with my whole heart. All there is left to say is READ IT. ★★★★★

Release date is April 7! Click here to preorder on Amazon. 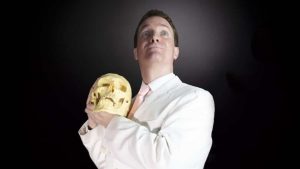 Award-winning author Grady Hendrix has written about the confederate flag for Playboy magazine, covered machine gun collector conventions, and scripted award shows for Chinese television. His novels include HORRORSTÖR about a haunted IKEA, MY BEST FRIEND’S EXORCISM, which is basically “Beaches” meets “The Exorcist”, and WE SOLD OUR SOULS, a heavy metal horror epic out now from Quirk Books. He’s also the author of PAPERBACKS FROM HELL, a history of the horror paperback boom of the Seventies and Eighties, and the movie MOHAWK, a horror flick about the War of 1812, and the upcoming film, SATANIC PANIC. You can discover more ridiculous facts about him at www.gradyhendrix.com 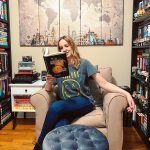 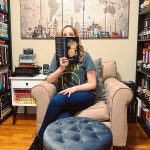