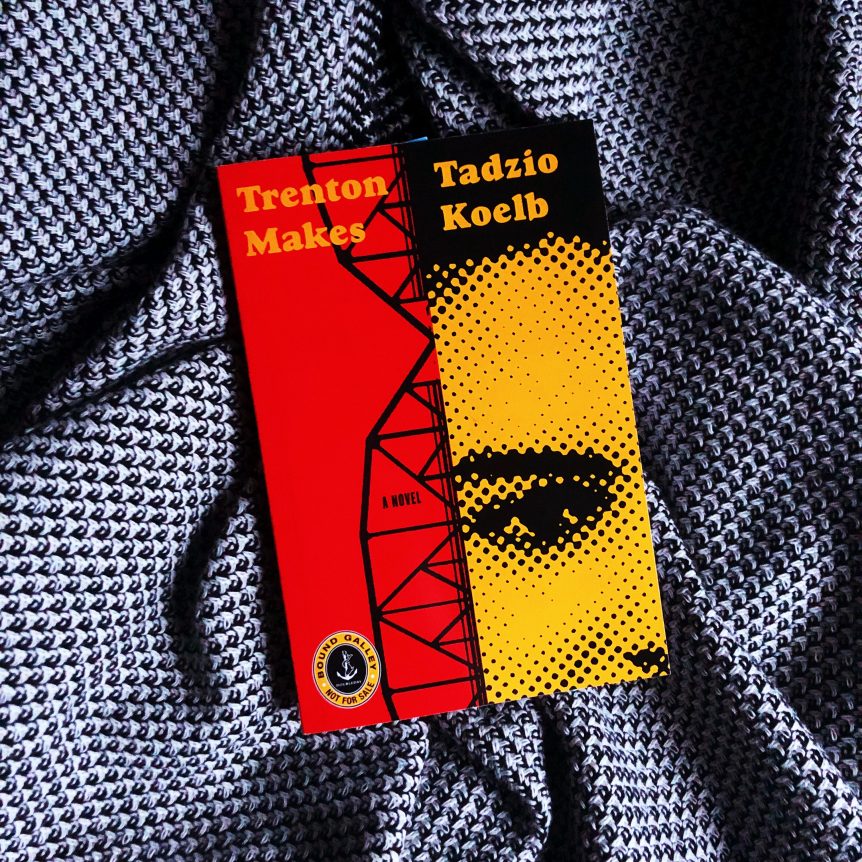 Thank you so much Doubleday Books for providing my free copy – all opinions are my own.

1946: At the apogee of the American Century, the confidence inspired by victory in World War II has spawned a culture of suffocating conformity in thrall to the cult of masculine privilege. In the hardscrabble industrial city of Trenton, New Jersey, a woman made strong by wartime factory work kills her army veteran husband in a domestic brawl, disposes of his body, and assumes his identity. As Abe Kunstler, he secures a job in a wire rope factory, buys a car, and successfully woos Inez, an alcoholic dime dancer. He makes a home with her, but for Abe, this is not enough: to complete his transformation, he needs a son.

1971: A very different war is under way. The certainties of mid-century triumphalism are a distant, bitter memory, and Trenton’s heyday as a factory town is long past. As the sign on the famous bridge says, “Trenton Makes, the World Takes.” The family life Abe has so carefully constructed is crumbling under the intolerable pressures of his long ruse. Desperate to hold on to what he has left, Abe searches for solutions in the dying city.

“The transference of power, of kind, to overthrow him, even in his failure, had not been her place until the man her husband presented it to her… and she accepted, found it not just open but demanding, an emptiness wishing and whimpering to be filled…”

During post-World War II, a woman factory worker accidentally kills her abusive husband during a domestic fight and then assumes his identity: Abe Kunstler. Abe moves out of town, finds a new job at a factory, and settles down with a woman named Inez. After so much time, Abe believes he needs a family to blend in. Jump to the second part of the book in 1971 where Abe has a son, Art, who might have figured out his secret. Abe is desperate to keep his secret and his life intact.

TRENTON MAKES is a very well-written and complex novel. This book may not be for everyone as there are triggers such as abuse and sexual assault, so proceed with caution. The writing style is sophisticated, unique and might be difficult to follow as there as some parts written in a stream of consciousness style. The prose is beautiful and the flashback scenes read like poetry. I am blown away by how well Koelb writes Abe’s character and the constant inner-conflict between who he once was and who he has become. The novel’s central themes are identity, gender, and social class. It is difficult to get completely invested in the protagonist as the novel is very short, but overall, this is an impressive piece of literature.